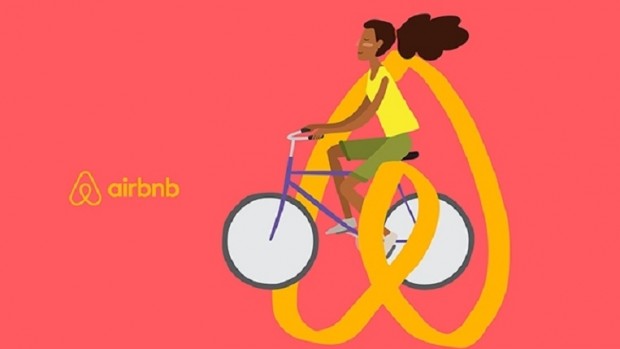 The past week has been filled with great data points. Here are 14 of the more intriguing numbers we came across:

1. Airbnb is on track to make $900 million this year, The Wall Street Journal reported. That’s more than triple what it made in 2013 ($250 million). Internally, the sharing-economy juggernaut expects revenue to skyrocket to $10 billion by 2020, according to The Journal, which also reported that Airbnb is about ready to close on $1 billion in new funding. That would make its $24 billion valuation higher than 88-year-old global hotel brand Marriott ($21 billion). The times, they are a-changing.

2. With Facebook so often tweaking its algorithms—much to the chagrin of some publishers—it’s interesting to see which sites are winning in the political-news space. According to Facebook, The Hill for the week ending June 9 had 994,300 combined likes, comments and shares, beating competitors The Post, Politico, Roll Call and National Journal.

3. Twitter claimed that tweets about the NBA Finals—during which the Golden State Warriors beat the Cleveland Cavaliers in six games—were seen 7.6 billion times across the Web from June 4 to June 17.

5. A small-but-still-facepalm-worthy chunk of people on the Internet are clamoring for Oprah Winfrey to be on the $10 bill, even though the Treasury has said the American heroine eventually chosen must be deceased. That hasn’t stopped Oprah from getting about 3 percent of consideration online (c’mon, folks—wake up) compared with Harriet Tubman, who appears to be the clear front-runner.

6. Alcohol brands are increasing their digital marketing budgets across the board thanks to the ability to target consumers 21 and over via Web and social sites. In fact, Pernod Ricard marketers told Adweek it has upped its interactive spend by more than 50 percent each year for the past few years.

7. Twitter was heralding its new autoplay ads last week and using data to do it. The microblogging site said its users were 2.5 times more likely to prefer autoplay videos over click-to-view or thumbnail previews on videos.

10. Some of the chatter in digital marketing circles is making its way beyond the industry echo chamber and inside the walls of financial institutions. BackBay Communications, in partnership with Osney Buy-Side, said last week that its newest survey results show 89 percent of investment management execs said the category of content marketing/thought leadership was among their top three concerns when it comes to branding.

11. It looks like e-commerce could use a kick in the pants. Monetate, which helps retailers with marketing tech, pulled aggregated client data for the first quarter of 2015 and found that average order size was $122.65, down from $125.15 during Q1 last year.

12. Purch surveyed more than 1,000 active tech buyers about how fathers behave in e-commerce. The digital publisher found that 59 percent of dads purchased a mobile phone in the last six months.

13. Retale polled 500 fathers and mothers and found that 85 percent of millennial parents use smartphones to help them shop in-store, while moms are 12 percent more likely than dads to buy a product if a deal is pushed to them via mobile notification in or near a store.