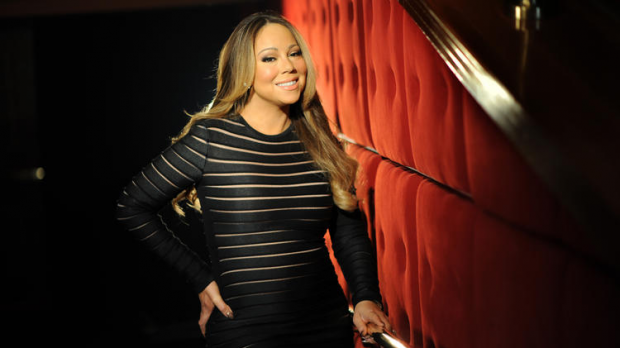 Mariah Carey, at home in Las Vegas, explains it all: ‘This is just the beginning’

Mariah Carey says she’s happy. She asks if that sounds like a cliche, but given the rollercoaster few years she’s had, it shouldn’t.

We’ve all seen the headlines. Her marriage to Nick Cannon, father of Carey’s twins Monroe and Moroccan, ended after six years. An accident on the set of a 2013 music video left her with a dislocated shoulder and required a lengthy recovery. And her 2013 stint as a judge on “American Idol” is mostly remembered for a spat with her one-time collaborator Nicki Minaj that went viral.

On top of all that, her last album, “Me. I am Mariah … the Elusive Chanteuse,” was hampered by delays and ultimately opened with weak sales. But here she is, cheerfully sipping a glass of wine and in a festive mood, as she puts it.

The night before, the 45-year-old star’s new residency, “Mariah #1 to Infinity,” opened to a sold-out crowd inside of the Colosseum at Caesars Palace. “We were told, in no uncertain terms, that it was one of the best — if not the best — show openings Las Vegas has ever had,” beams Carey’s manager, Stella Bulochnikov, and she clinks wine glasses with the singer.

The show, directed by longtime Grammy producer Ken Ehrlich, is a greatest hits parade, with Carey performing her 18 No. 1 hits in the order of their release. So far, only the first 18 shows have been announced, but sources said the show could go through the end of the year. How has she celebrated?

“I slept a lot,” Carey laughed. “Last night I was with a few friends. We ended up watching ‘Gentlemen Prefer Blondes,’ and just for a moment we were living in the splendor. Oh, and we went in the hot tub. This is Mimi after the show!”

For Carey, the residency is not so much hitting the reset button as it is a look back to the past while keeping an eye on the future.

Carey has reunited with Antonio “L.A.” Reid, who oversaw her blockbuster 2005 comeback, “The Emancipation of Mimi.” Her first issue on her new home Epic Records is a hits compilation, “Mariah Carey #1 to Infinity,” which arrives next week.

Miles away from the touristy buzz of the Las Vegas Strip and past multiple security gates, Carey is unwinding in her residence in Summerlin, Nev. Explaining that she planned to go out later, she’s dressed like she’s ready for a photo shoot – tight black jeans, bedazzled jacket and towering heels.

Read more: Mariah Carey, at home in Las Vegas, explains it all: ‘This is just the beginning’