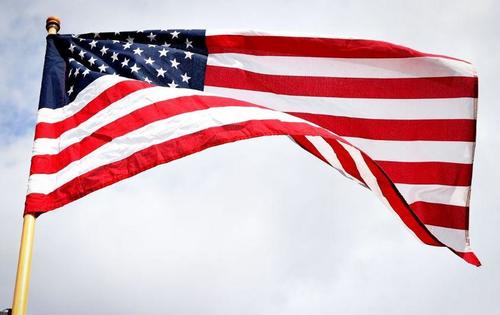 For the first time since the financial crisis, the US has regained its ranking as the ‘World’s Most Competitive Economy’, according to the World Economic Forum’s Global Competitiveness Index.

What’s more, the US also scored high in the “innovation” pillar of the WEF’s index, which the organization added to better reflect the factors that are necessary for an economy to succeed in the aftermath of the “fourth industrial revolution” (i.e. the dawn of the Internet age). The US nudged aside Singapore, last year’s leader, to reclaim the gold for the first time since 2008.

According to segments of the report highlighted by WSJ and Bloomberg, WEF praised the US for its entrepreneurial economy and robust financial system, but warned about signs that its social fabric is beginning to deteriorate, while economic inequality remains a problem.

As one might have expected (this is the WEF, one of the poster children for globalized frictionless capitalism) the report criticized the protectionist policies of President Trump, claiming that countries with lower tariffs tend to perform better.

“At a time of escalating trade tensions and a backlash against globalization, the report also reveals the importance of openness for competitiveness,” it said. “Global economic health would be positively impacted by a return to greater openness and integration.”

And while the US scored the highest on the WEF’s index, which uses a scale from 1 to 100, the report pointed out that all of the 140 countries included in the report have a long way to go to achieve the ideals envisioned by the WEF.

The United States is the closest economy to the frontier, the ideal state, as described by the concepts included in the index, where a country would obtain the perfect score on every indicator. With a competitiveness score of 85.6, it is 14 points away from the frontier mark of 100, slightly closer than Singapore and Germany (see the full rankings). This implies that, even though the United States is the top-ranked economy among the 140, there is still room for improvement.