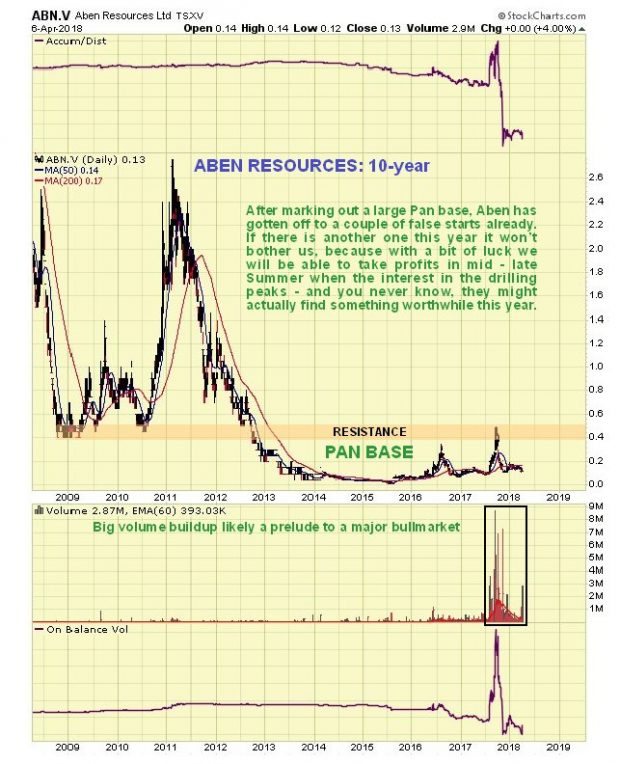 A Gold Explorer For The Summertime

Aben Resources Ltd. (ABN:TSX.V; ABNAF:OTC.MKTS) looks like a very attractive speculative gold investment here for three big reasons—one is that, as we will see, it is at the support of a long-term trendline that goes back years, two is that its drill programs in the northern wastes are highly weather dependent and the summer drilling season is just cranking up, and three is that gold and silver are now about ready to start major bull markets.

We’ll start by taking a look at the long-term 10-year chart, on which we see that, after a horrendous bear market from 2011 through 2015 that resulted in it becoming almost worthless, a low Pan base formed which Aben has made a couple of unsuccessful attempts to break out of. The second attempt was on tremendous volume, which means that investors thought that the company was “on to something.” Well, they didn’t find anything significant last year so the stock dropped right back into its base pattern, losing all the gains made on the spike, and as we can see it is thus still historically very cheap, which is the main takeaway from this chart. 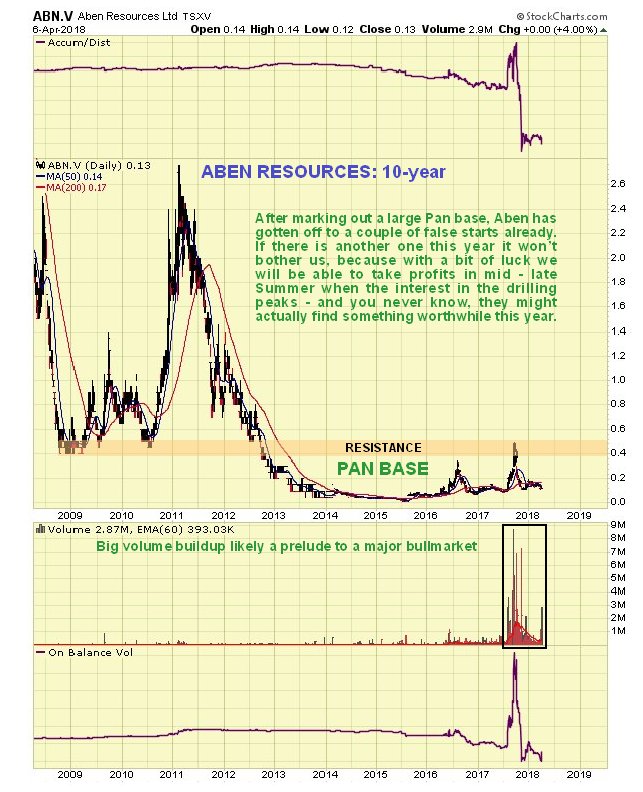 The 3-year chart is most interesting as it enables us to see in more detail the “drilling season spikes” of the past two years, which is where investors get all excited as the drills start turning because they might find something, and then get fed up and go away when they don’t. From this we can make the simple deduction that it doesn’t matter whether they find anything or not, the key to trading this stock is to ditch it for a whacking great profit on the next summer spike before any results are published, or at least half and the rest if results are not favorable. This chart also shows us that the stock is at an optimum entry point before the next summer run up, because it is right down on the long-term trendline, and very cheap. Volume indicators are unimpressive but these can turn up with the price.