A Slight Beat For The Philly Fed

The Philadelphia Fed’s monthly report on manufacturing came in slightly better than expected for April. While economists were expecting a slight decline to 21.0 from last month’s reading of 22.3, the actual reading showed a slight increase to 23.2. From a bigger picture perspective, the headline report has been positive for 23 straight months now, which is the longest streak since August 2015. Even more impressive, though, is the fact that the last 17 of those monthly reading have been above 20, and that’s tied with the period ending in June 1984 for the longest streak in the history of the survey.

Looking at the individual components of this month’s report, there were some sizable declines in New Orders, Shipments, Unfilled Orders, and Inventories. 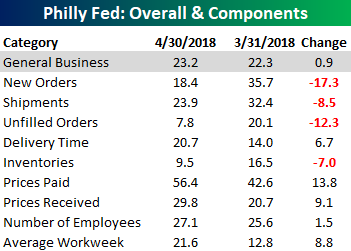 On the upside, Prices Paid had its largest one month increase since November 2016 and rose to its highest level since March 2011. 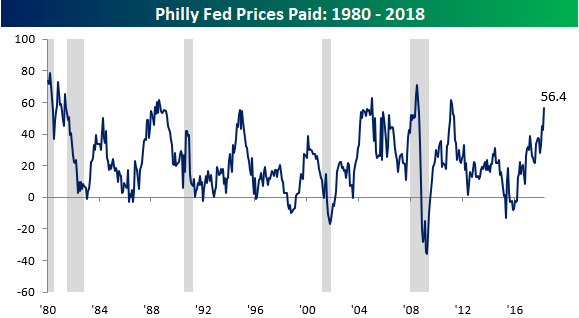 Prices Received also had a relatively large increase and is now at its highest level since early 2008! 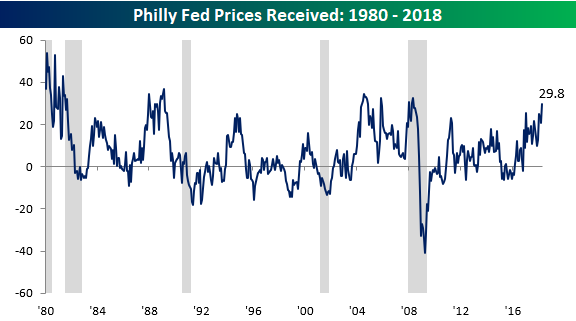 But it wasn’t just the increases in these two components pointing to inflationary implications. Delivery Times also hit a record high, which suggests demand is outstripping supply. 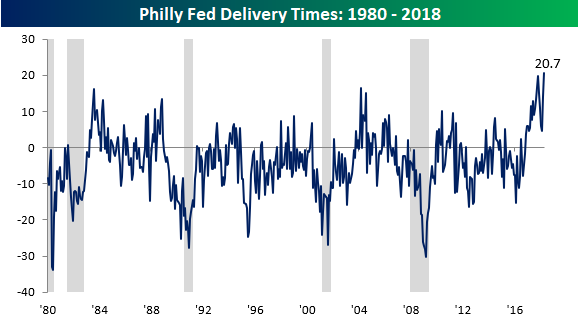 Also, Average Workweek increased to 21.6, which is the highest level since October 1987! While extending workweeks can work temporarily, eventually, that should lead to more hiring and higher costs. 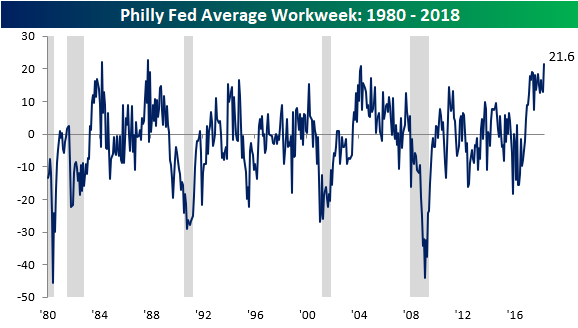