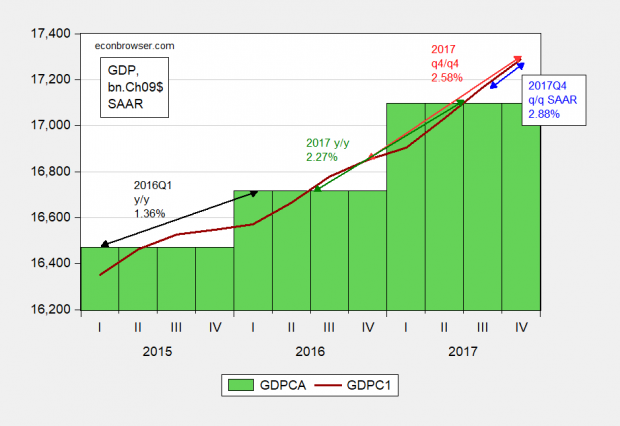 Why do reported growth rates differ for the same variable? Refer to the last three years of GDP data to see… 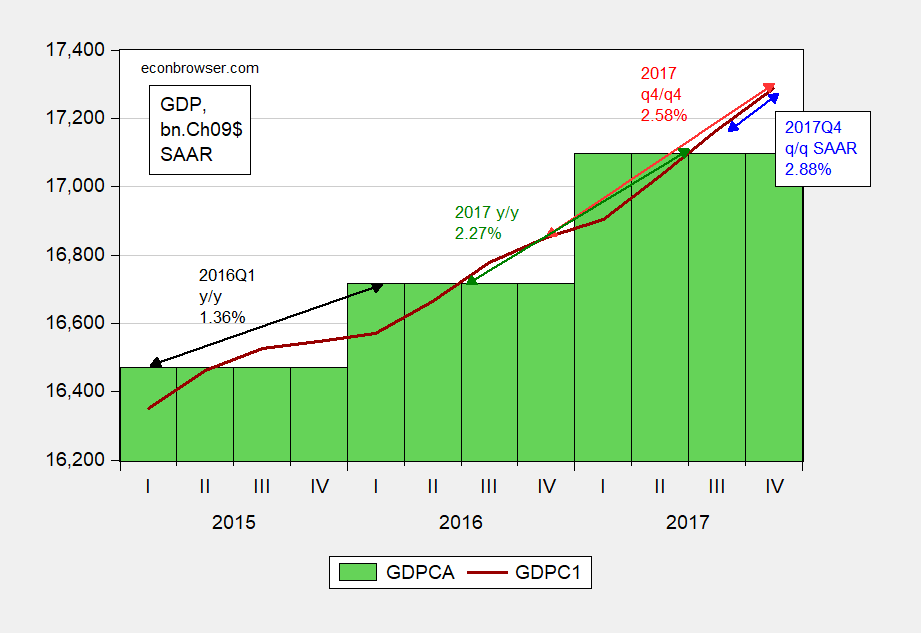 So, there are several ways to calculate the growth rate over the course of the year. They will almost invariably differ, perhaps substantially, when GDP is either growing very rapidly or shrinking very rapidly. And there is no “right” way. If one wants to calculate the most recent growth experience, one might stress q/q. If one wants to look at a longer horizon, then one might want to use the quarterly y/y. If one thinks quarterly series are very noisy, one might want to look at annual y/y.

Additional Note: One could average the q/q annualized growth rates over the four quarters of 2017 to try to get 2017 q4/q4 growth rate. This calculation leads to an approximation, which gets worse the more variable growth rates are (unless growth rates are calculated as log-differences — which is part of the reason economists like to express variables in logs and log differences…).