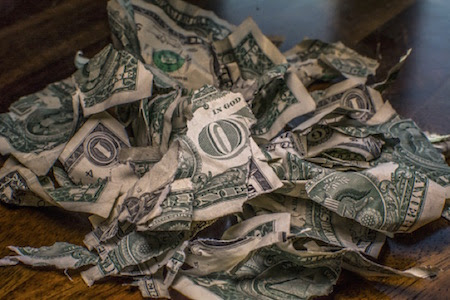 The future is tantalizing because it is both unknown and unknowable. At best, we can make educated guesses about tomorrow or next year. Sometimes, it’s actually hard to understand what happened in the past, much less to chart how the future might unfold.

The problem is that some guesses are more educated than others, and even the best are often not good enough. This fact of life matters because we use those guesses to make important decisions about, for instance, government tax and spending policies. Mistakes can have terrible consequences.

These are subjects on which it is hard for any of us to be truly neutral. Most people want to lower their own taxes and simultaneously see more spending on whichever services they think government should deliver. The politicians we elect know this, so they try to give us what we want. The charade never ends well, but we and they keep at it.

Today we will look back at what economists thought the federal budget and tax policy would be in 2001 and thereafter. Let’s just say the government projections were a tad optimistic. 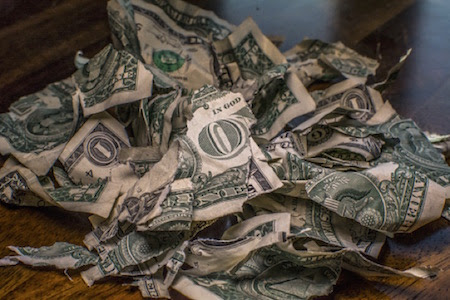 The Best of Times

Dial your mind back to January 2001. The world had survived Y2K; the stock market was topping out; George W. Bush had moved into the White House; and the US government had a balanced budget.

Wait, say that again? Yes, the budget was balanced, and indeed we were running a surplus. Actual black ink. How did that happen? For one thing, a Democratic President Clinton and a Republican Congress led by Newt Gingrich had found ways to work together and get things done. But more important was the previous decade’s economic boom, including four consecutive years of 4.4% or better real GDP growth. Truly it was the best of times, economically speaking. 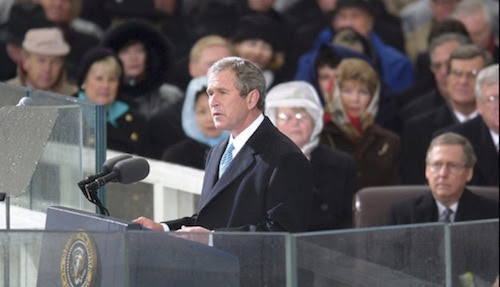 This happy situation would not last long, but many intelligent people sure thought it would. In researching this letter, I poked through news articles from the time and found a treasure trove of horribly embarrassing-in-hindsight quotes. Some were from experts quite well-respected now – perhaps in part because they learned something from being so wrong then.

Five days after the Bush inauguration, then-Fed chair Alan Greenspan testified before the Senate Budget Committee. Congress was considering how to spend a rapidly accumulating budget surplus. Jerome Powell can only wish for the chance to say something like this:

The most recent projections from the OMB indicate that, if current policies remain in place, the total unified surplus will reach $800 billion in fiscal year 2011, including an on-budget surplus of $500 billion. The CBO reportedly will be showing even larger surpluses. Moreover, the admittedly quite uncertain long-term budget exercises released by the CBO last October maintain an implicit on-budget surplus under baseline assumptions well past 2030 despite the budgetary pressures from the aging of the baby-boom generation, especially on the major health programs.

The most recent projections, granted their tentativeness, nonetheless make clear that the highly desirable goal of paying off the federal debt is in reach before the end of the decade. This is in marked contrast to the perspective of a year ago when the elimination of the debt did not appear likely until the next decade.

Greenspan went on to give all the usual qualifiers, but his point was clear: Paying off the debt was both desirable and possible. He was so confident of it, he described at length the practical challenges of prepaying all the outstanding long-term Treasury bonds.

In February of 2001 I wrote about the growing budget surplus; and in that letter, entitled “Greenspan Interpreted,” I and others talk about some of the problems of not having US Treasury debt for many businesses, especially financial businesses, that actually are required to hold US debt. I smile as I go back and read those letters. These particularly optimistic paragraphs leap out at me:

#1. There was a remarkable exchange with the new Senator from Michigan. She was sticking to the questions her staff had prepared for her (generally good practice for freshman senators when talking to Greenspan), when all of a sudden she thought she had this brilliant insight that would support her position that tax cuts are bad. Basically, she asked, “Do I understand you to be saying that in 2005 we will only have $500 billion in surplus?” getting ready to imply that the surplus was not really going to be enough for tax cuts. (Her staff had to be cringing when she left her script.) Before she could really put her foot in her mouth, Greenspan graciously interrupted and said, “No, Ma’am, I am saying that without tax cuts the surplus will be $500 billion in ONE YEAR. There will be no debt to buy. We will have to do something with that money. Whatever it is will be a huge stimulus to the economy.” His implied threat was that he would have to raise rates, cut the money supply, or do something equally nasty to offset that type of stimulus.