AUD/USD Forecast Apr. 16-20 – A Bit Overbought, Jobs In The Limelight

The Australian dollar advanced nicely as trade came back to fashion once again. The upcoming week features the RBA minutes, Australian jobs and the Chinese GDP. Here are the highlights of the week and an updated technical analysis for AUD/USD.

Australia needs flowing trade to flourish. After China and the US moved from trade wars to pleasantries, the Trump Administration is also considering a return to the Trans-Pacific Partnership that Australia is part of. This pushed up the risk-on Aussie. In Australia, RBA Governor Lowe said rates will likely remain unchanged for quite some time, repeating his previous positions. In the US, the Fed meeting minutes showed confidence about the economy and about the inflation target. And indeed, core inflation really advanced to 2.1%. Concerns about Syria weighed on markets. However, after the airstrikes and the lack of any follow-up, the mood will likely be positive again. 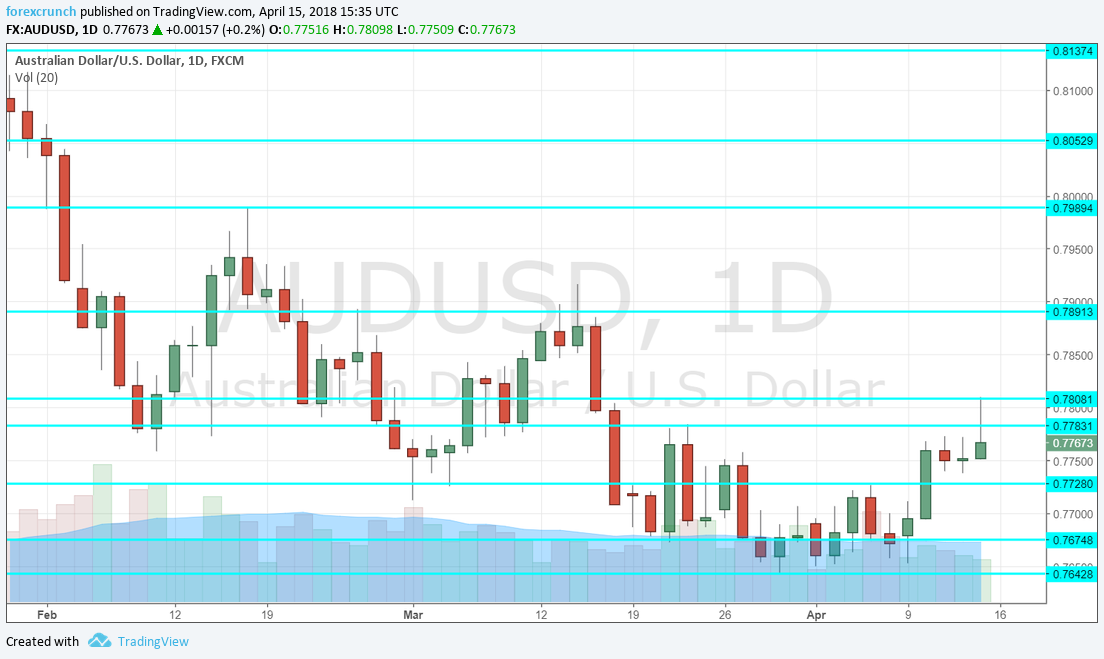