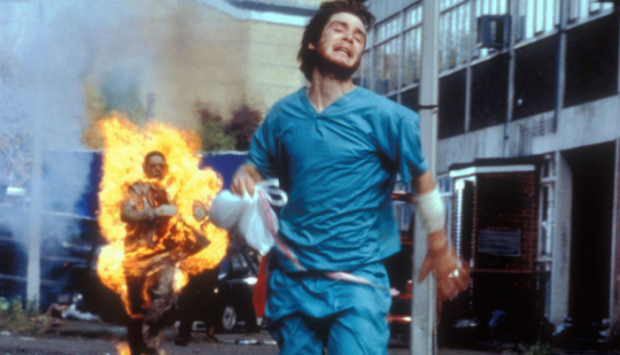 Bitcoin As An ‘Infectious Disease’: One Bank Says The Crypto Plague Is Almost Over

I don’t know about you, but I love a good cryptocurrency note that finds analysts attempting to develop a model to value something that has no value.

Bitcoin and its progeny are worthless. They have no intrinsic value and as Jack Bogle reminded investors last year, “Bitcoin has no underlying rate of return” and as such, “there is nothing to support bitcoin except the hope that you will sell it to someone for more than you paid for it.”

Bogle, speaking last November at a Council on Foreign Relations event in New York, added the following piece of advice for good measure:

Avoid bitcoin like the plague. Did I make myself clear?

Well as it turns out, Bogle isn’t the only one who thinks Bitcoin and cryptocurrencies should be likened to “the plague.”

In a highly amusing new note, Barclays’ Joseph Abate asks if it makes sense to think about Bitcoin prices in the context of “compartmental models of the spread of an infectious disease in epidemiology.”

“Like the infection analogy, the population divides into three groups: ‘susceptible’ individuals who are vulnerable but not yet infected; ‘infected’ individuals; and those who are ‘immune’,” Abate writes, adding that “like infection, transmission – especially to those with ‘fear of missing out’ – is by word-of-month, via blogs, news reports and personal anecdotes.”

He begins with an “asset” (and I use that term extremely loosely) with an unknowable long-term fundamental value that’s concentrated initially in the hands of a small number of people – those people are “the infected”.

He then divvies up the rest of the population into those who are ‘susceptible’ and those who are mercifully ‘immune’ to speculating in something that’s worthless. Here’s more from Abate: