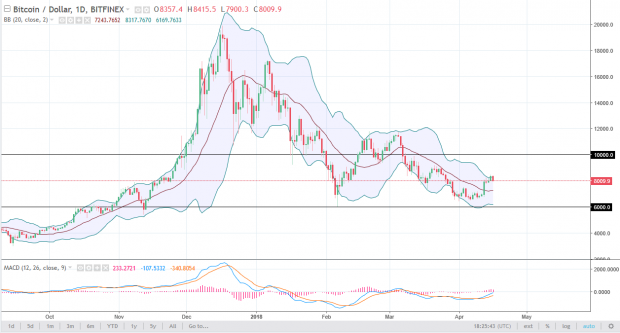 Bitcoin fell again on Monday, as we are starting to see a bit of a pattern, the weekend which features mainly retail traders, will gain. However, once the institutional traders come back in, you see a lot of selling.

Bitcoin fell on Monday against the US dollar, reaching back towards the $8000 level. I believe that this market will continue to be very choppy, and as a start to look out from a distance, I believe that the $8000 level is essentially “fair value” in the market, with the $6000 level being supported, and the $10,000 level above being resistance. I believe that at this point it is probably best to step to the side and wait for the value to present itself, perhaps closer to the $6000 level if you want to be a buyer. Otherwise, if we rally from here, I would anticipate that the $10,000 level above would be resistance. 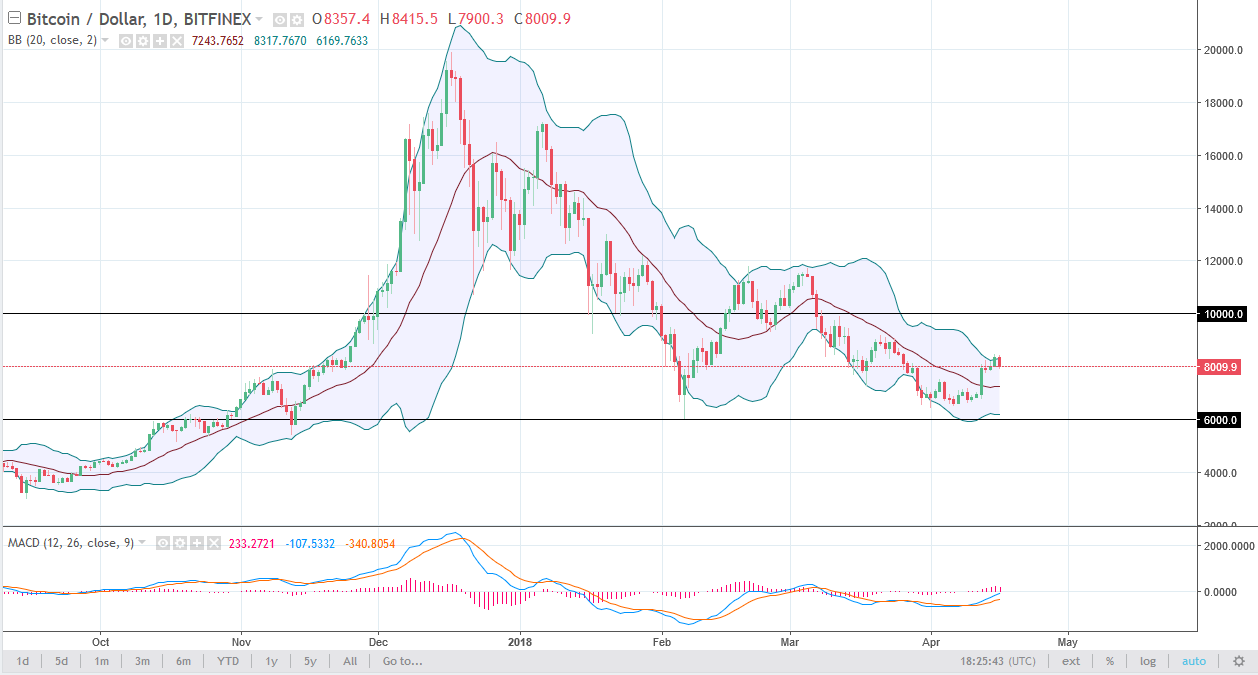 Bitcoin also struggled against the Japanese yen, reaching towards the ¥850,000 level. By doing so, the market looks likely to continue to see a lot of choppiness, but I think that the market is very much the same as against the US dollar, essentially at “fair value.” Ultimately, I think that the ¥700,000 level underneath is a bit of a floor, and if we can stay above that level we could start to build up a bit of a base. However, if we were to break down below that level it could unwind this market significantly, with the initial target being the ¥600,000 level. If we broke above the ¥1.1 million level, I think we would target the ¥1.2 million level and a break above there could resume an uptrend. Currently, I think we are in consolidation more than anything else, which will probably keep retail traders from putting too much money into this market. 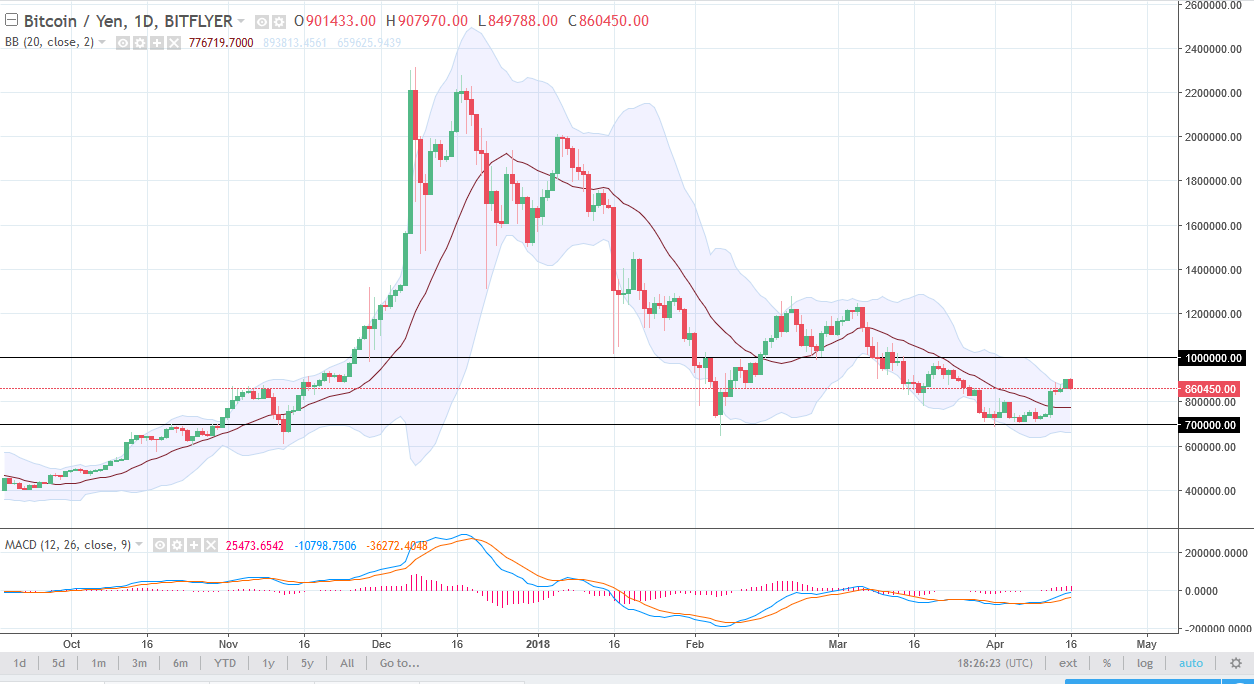