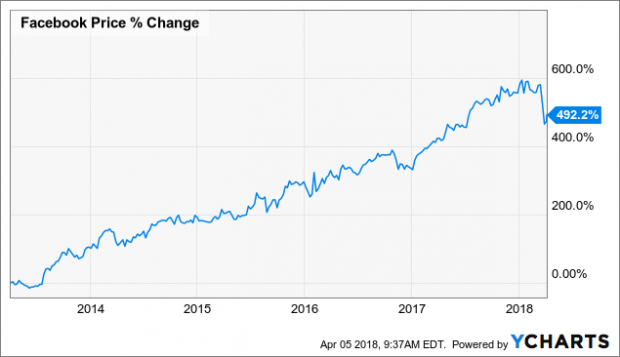 Depending on your time horizon, you can have some really different perspectives on Facebook (FB) stock and its performance. The social network is down by nearly 20% from its historical highs on February 5, so returns look quite dismal in the short term.

However, in spite of this sharp pullback over the past several weeks, Facebook is still up by 9% in the past year. Even more impressive, from a long-term perspective Facebook has gained over 490% in the past five years. 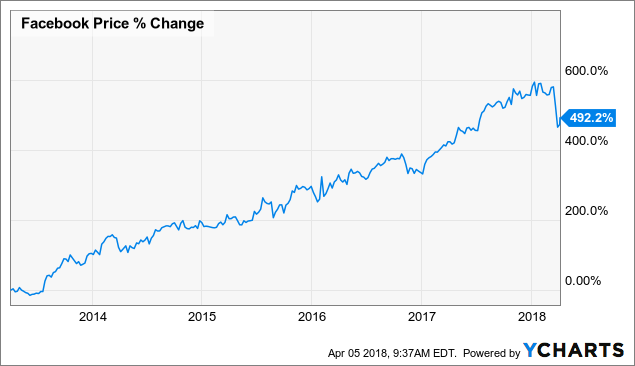 The main question for investors would be: Is the current pullback in Facebook an opportunity to buy a fundamentally solid business for discounted price or is the Cambridge Analytical scandal the beginning of the end for the company and its stock?

The Most Important Thing

First and foremost, we need to consider how the Cambridge Analytica scandal is affecting the user base and Facebook’s relationship with advertisers. This is clearly the most important variable in terms of evaluating Facebook’s ability to continue generating solid revenues and cash flows for investors over the long term.

However, the data is indicating that most users are not deleting their Facebook account or reducing their engagement levels with the company’s different platforms. Even if many users are angry at Facebook because of the Cambridge Analytica scandal, deleting your Facebook account is actually more problematic than it seems to be.

For example, many dating apps require users to have a Facebook account. Besides, many users log into multiple apps through their Facebook account, so deleting Facebook would mean that they have to create new accounts to log into apps such as Spotify (NYSE:SPOT) and Airbnb (Private:AIRB), among many others. It’s not just about the time and annoyance required to create new accounts, but you could lose access to important content and information saved in your original accounts.