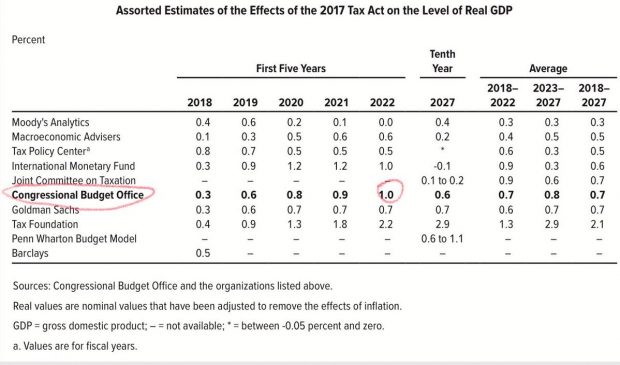 Stocks Lose Steam In The Afternoon

We can never know for sure why stocks move especially with the headlines roaring. For example, a prevalent headline on Monday was the FBI raiding Trump’s lawyer’s home. That sounds daunting, but ultimately, it’s dubious how that affects corporate earnings.

The other negative headline on Monday was more substantive as the CBO came out with its projections. On the positive side, the projection for GDP growth in 2018 went from 2% to 3.3%. I think that’s too optimistic. It’s higher than the Fed’s forecast for 2.7% growth. The CBO also increased its estimate for 10 year growth from 1.8% to 2%. The chart below shows the affect the tax plan is expected to have on growth in the next 10 years. As you can see, the estimates are more optimistic than what many private firms have projected. The tax plan is also expected to add 1.1 million jobs over the next 10 years. The spending plan is expected to help GDP by 0.3% and 0.6% in 2018 and 2019 respectively. 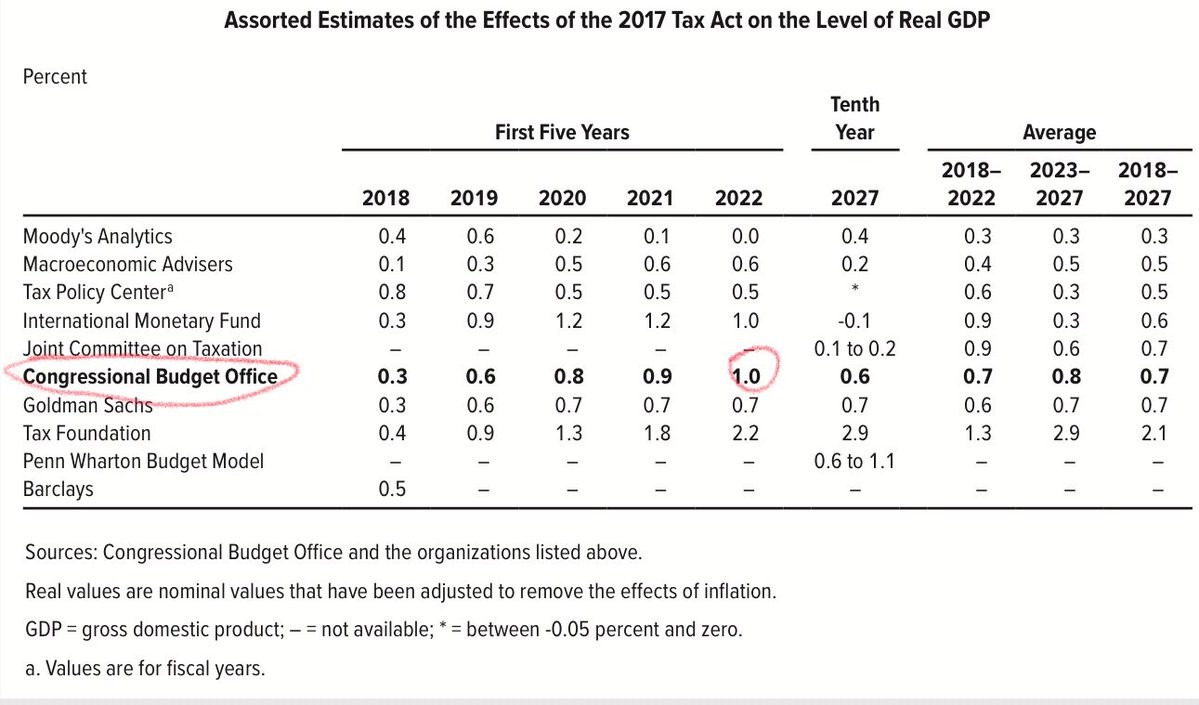 The reason stocks sold-off on the CBO announcement is because the tax law is expected to add $1.9 trillion in deficits over the next 10 years. As you can see from the chart below, the CBO expects the debt will be 96% of GDP by 2028. Weirdly, the CBO expects the Fed funds rate to be at 4% in 2021 which is higher than the FOMC’s estimate. It’s an unlikely prediction which relies on the assumption that the tax cuts will accelerate GDP growth, inflation increases because of this growth, and the economy avoids a recession in the next 3 years. The scary part is the debt projections might be too optimistic because there will be a recession or two in the next 10 years. The negative part of the projection about higher interest rates is that the U.S. is expected to pay more on interest payments that it does on the military starting in 2023. Furthermore, interest payments will be higher than all non-defense discretionary spending by 2025.