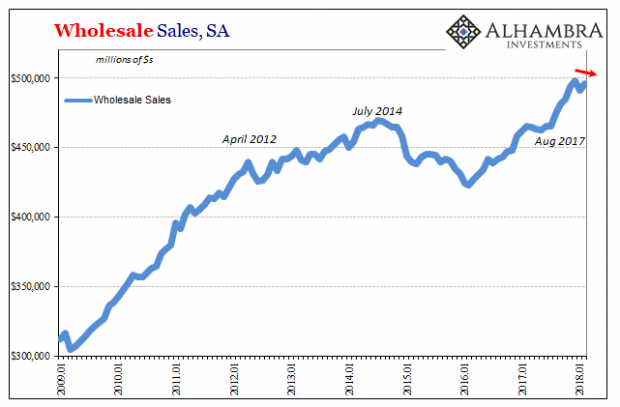 Wholesale sales, seasonally adjusted, bounced back moderately in February 2018 after a sharp decline (revised even lower) in January. Sales in the latest monthly figures are left still lower than in December and only slightly more than in November. This is the familiar aftermath of Harvey and Irma’s aftermath.

Unadjusted, year-over-year wholesale sales increased by just 6.9%. As the storm boost starts to fade, it appears that sales levels will start to quiet down again to be more in line with growth more clearly lackluster levels posted in the middle of last year. For the first time since September, the 6-month sales average declined. 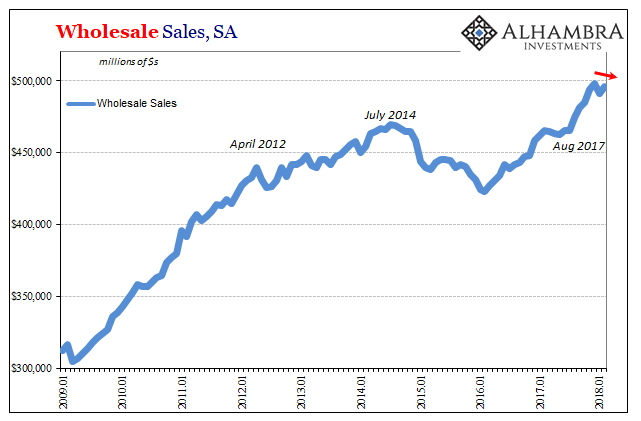 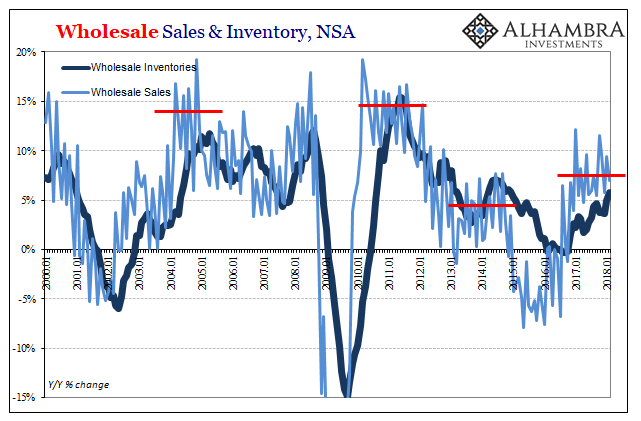 The more interesting part is inventory. Wholesale inventories are linked to US imports as the intermediate step between trade processing and retail handling before sale. The hurricanes produced a drawdown of inventory and then may have ignited some restocking on the wholesale level thereafter.

At some point over the past few months, that may have been augmented by additional foreign goods seeking entry before trade sanctions were put in place. How much before isn’t clear, nor is it for how much was sent inbound this way overall. There has been talk about trade wars for quite a long time since President Trump’s election, and we can reasonably assume that it was taken more serious toward the end of last year (and then even more so leading up to the actual proposals this year). 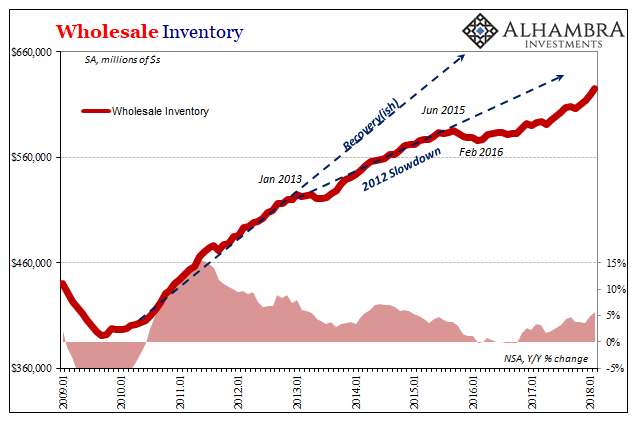 After declining a little in September and October in the months immediately following the hurricanes, wholesale inventories are up 3.2% over the four months since (including February 2018). That’s a substantial acceleration that has pushed the year-over-year (unadjusted) growth rate to almost 6% – the highest since December 2014. 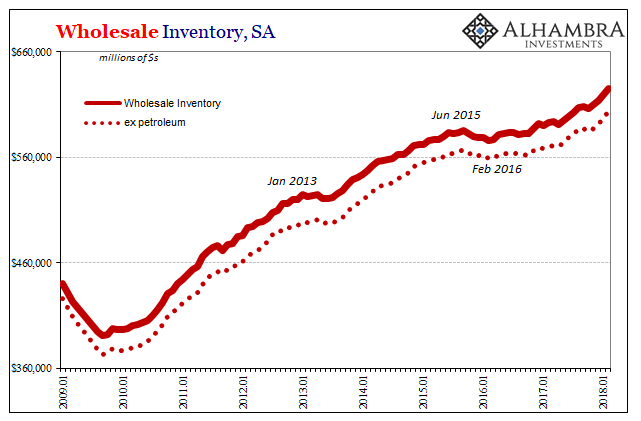 With sales lagging all over again, the inventory-to-sales ratio is right back near 1.40 (ex petroleum). Incredibly, that proportion has been stuck this high going all the way back to the start of 2015 – a run of now more than three years at levels more considerate of recession conditions than growth.