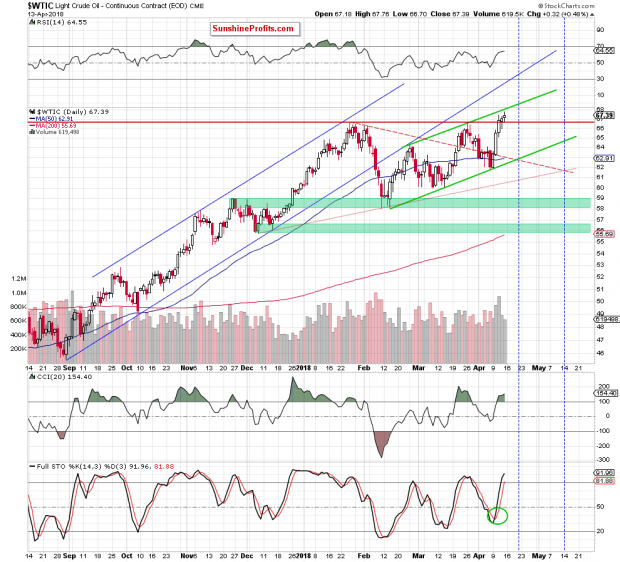 Crude Oil – As Bullish As It Seems?

A fresh 2018 high, an unbroken resistance and negative divergence. What does this interesting mix tell us about oil bull’s strength and further increases?

Let’s examine the charts below (charts courtesy of http://stockcharts.com). 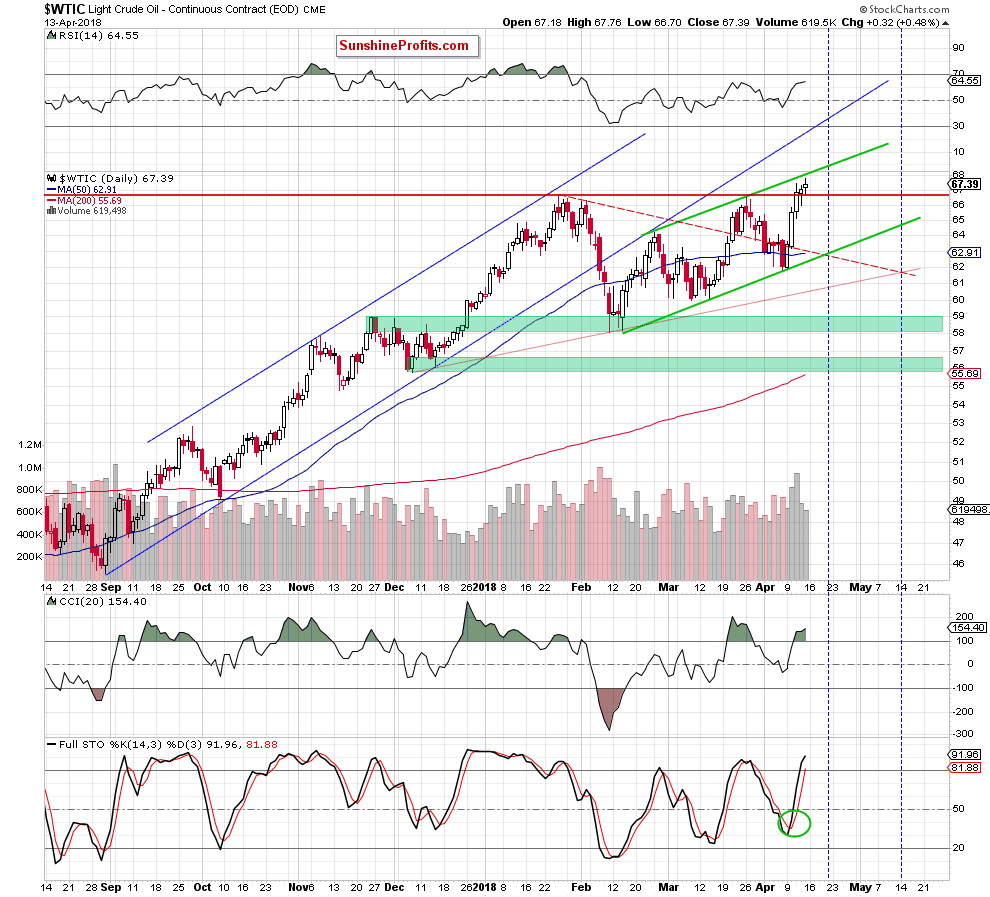 The first ting that catches the eye on the daily chart is a fresh 2018 peak created on Friday. Is this a positive sign? Yes. Is it bullish? In our opinion, not as bullish as it may seem at the first glance.

Why? Although black gold hit a new peak (only 21 cents higher than Wednesday’s intraday high), it is still trading under the upper border of the green rising trend channel.

Additionally, the shape of Friday’s candlestick doesn’t look encouraging (but only from the buyers’ point of view). For those who read our analysis for the first time, we would like to explain here what spool means for the trend. If this candlestick is drawn on the market, it means that the forces of the bulls and the bears have leveled out, and the market has lost strength for further increases (as in our case) or decreases.

However, the spool formation itself is not a strong prognostic formation. It should usually be confirmed by more candles. If the spool appears in the uptrend, the next black candle should appear to confirm the formation. Will we see it in the coming days?

Bearish Signs on the Horizon