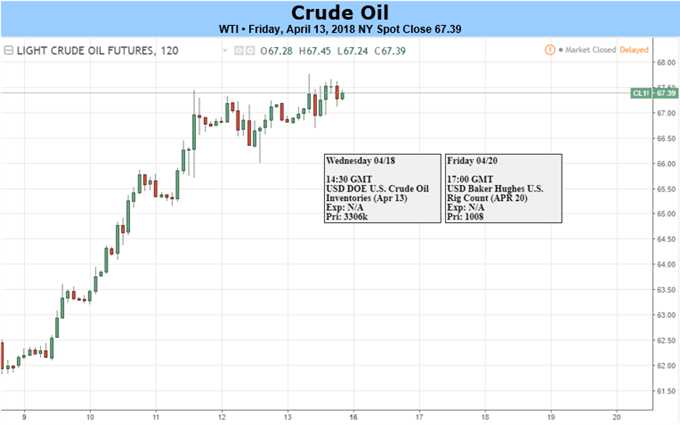 Crude oil was at the epicenter of geopolitical risk last week due to Yemeni missiles heading for Riyadh being intercepted and US President Trump threatening a barrage of missiles toward Syria. In a change of events, the reduction of trade war threats was replaced with possible real war, which was a concoction that caused oil bulls to bid the commodity market to the highest levels since 2014 and pushed WTI Crude closer to $70/bbl. 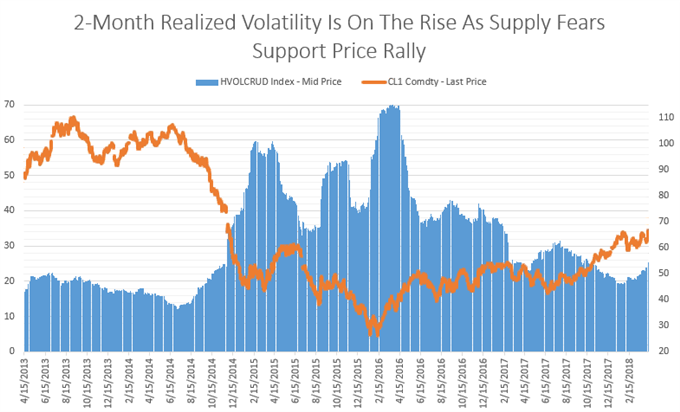 The increase in crude oil is incredibly important as it often brings inflation behind it as a key macro development. Inflation has been called the silent killer of bull markets that appears to be making a comeback with a perfect storm seems to set up commodities as Goldman Sachs said this week that the case for owning commodities has rarely been this strong.

Additionally, OPEC said its output fell to the lowest in a year last month while the IEA has said demand remains on track with previous estimates. This combination suggests global markets are poised to tighten sharply, which could exasperate the upside and extend backwardation.

Also, with all the talk about at a US yield curve on its way to inversion, traders should also note that the previous two recessions were foretold by a surge in crude oil prices.