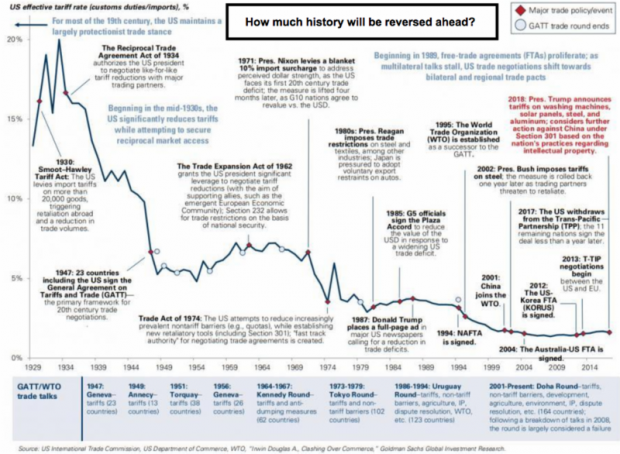 Repercussions – Fed Chairman Powell’s realistic and balanced assessment on credit and rate plans, along with Treasury Secretary Mnuchin’s very diplomatic way of handling gotcha-type questions in an extended interview; only briefly swayed the market to rebound; before succumbing and moving to newer lows for the session. Do know that the market did NOT hold the 200-Day Moving Average either; especially when viewed in an all-stocks basis as opposed to a capitalization-weighted basis (lead by a handful of stocks). 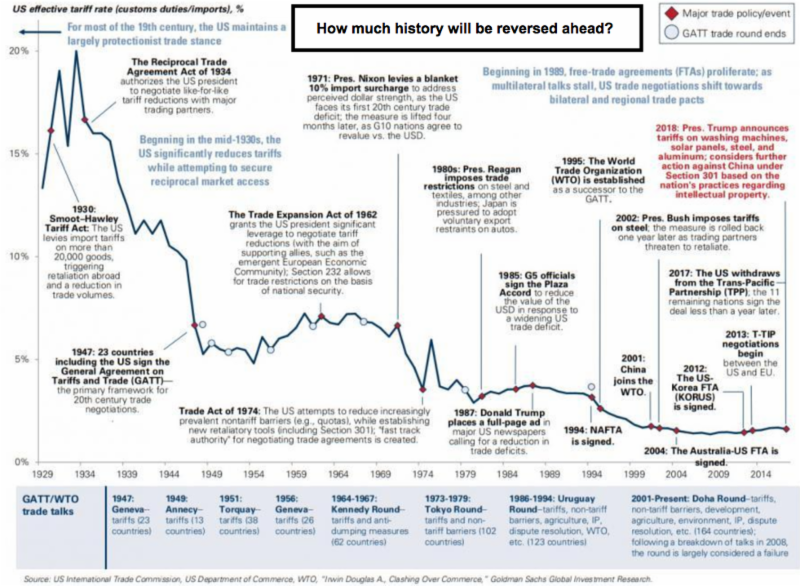 Our overall forecast anticipated not just the Friday pattern; but realized a couple days ago; that President Trump would have to double-down so as to get China’s attention, after both Kudlow and Trump inferred it was just a bluff. That the market received that well (Wednesday’s turnaround), for sure was why I anticipated Trump would have to feel emboldened (with the Chinese immediately declaring ‘victory’ Thursday morning). Hence it became essential the United States move to reassert its determination.

So sure, trade and tariff issues move the market; and we’ve identified the likely rebound failures. Plus the moves (in our view) are a larger strategy to extract better deals from China (and that goes for other countries too), without getting into trade wars. Mnuchin did the best job of balancing this while acknowledging we’re ‘not’ in a trade war, but the ‘potential’ exists of course. Although I remind we already heard from members that a series of steel and component price increases are already filtering through; it’s too soon to reach the inflation (or perhaps stagflation) conclusion, which leaves markets with ongoing outlined uncertainty and diving financials.

Now we have a market breakdown (techs and even financials should do well on the downside in the beginning of the new week); right in front of ‘earnings season’ starting. I have already forewarned that ‘earnings’ are not the key here (maybe minor responses); especially if managements of major multinational companies reflect the truth: uncertain guidance for at least the next Quarter.