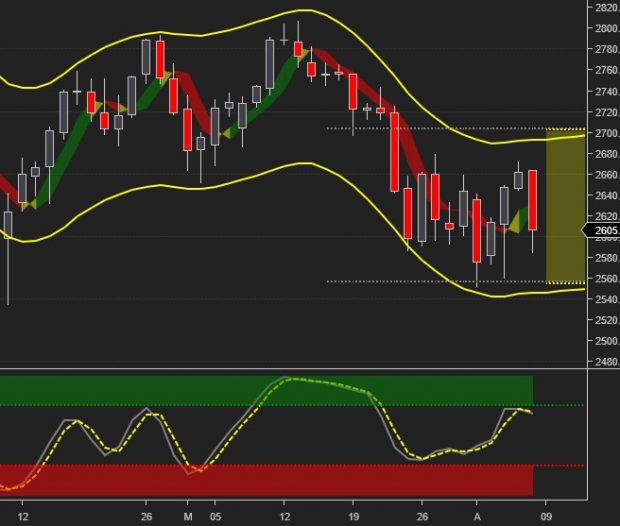 E SPX And G6 Prices For The Week Of April 9th

Below is a brief recap of last week’s price projections and the price targets for next week. Only the Euro and the GBP couldn’t meet any of their targets.

The SPX found support twice at the projected monthly channel level of 2560, and finds itself in the middle of the March – April trading range.  According to classic TA, the more a trendline/support gets tested the weaker it gets, and a break below the 200 dma and 2560 could lead to a waterfall decline. Average up/down swing duration 6/4 days. Volatility: 8%. The projected price range for next week is 2560 – 2700: 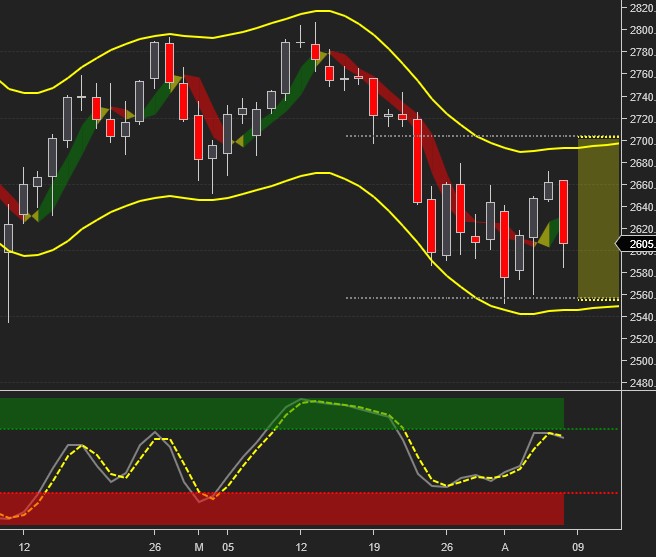 The Euro continued trading below the CIT Cloud within a narrowing range. 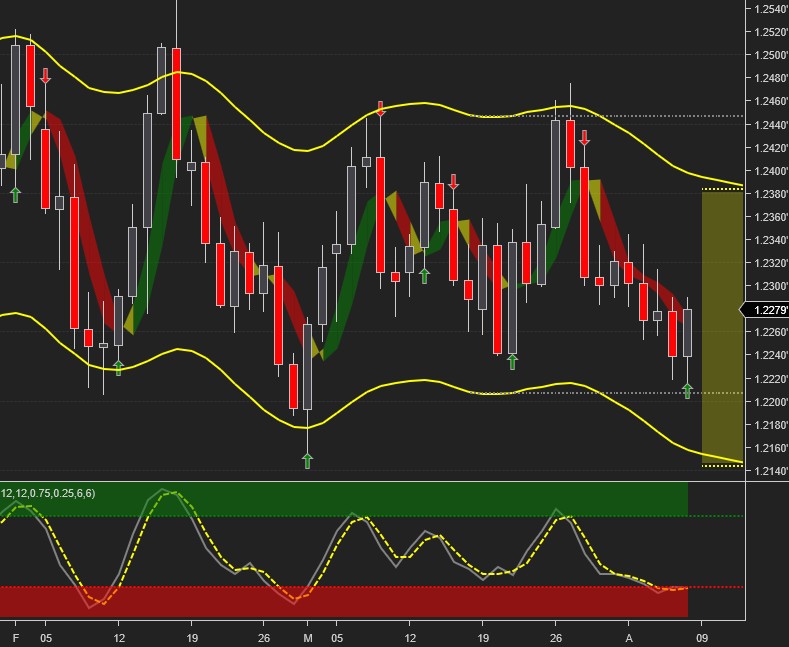 Similar to the Euro, the Pound traded in a narrow range. It is painting a rare megaphone pattern which, according to Richard Schabacker, who first wrote about it in 1932, can be considered both as a continuation or reversal pattern. 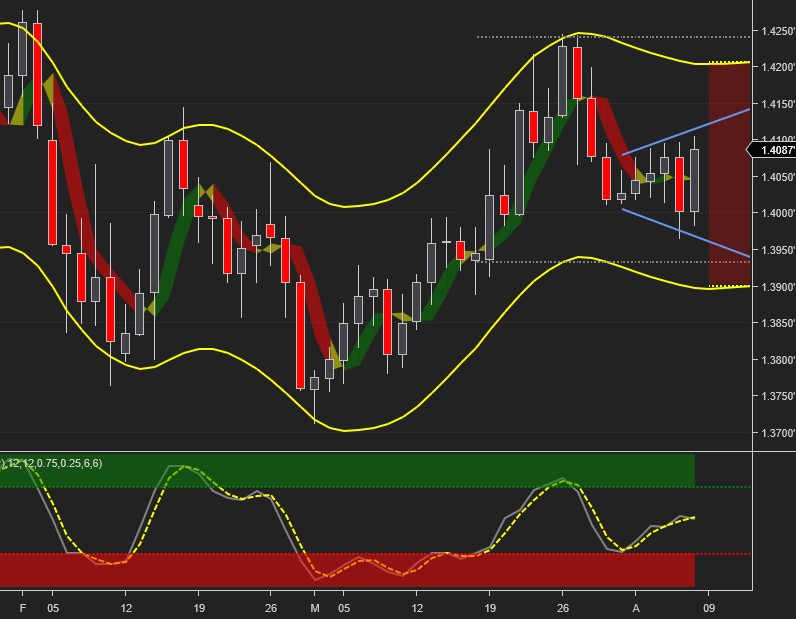 After bouncing off channel support in late March, the Yen staged a sharp counter-trend rally, whose second leg reached the upside target of 107.5. The daily trend turned neutral. 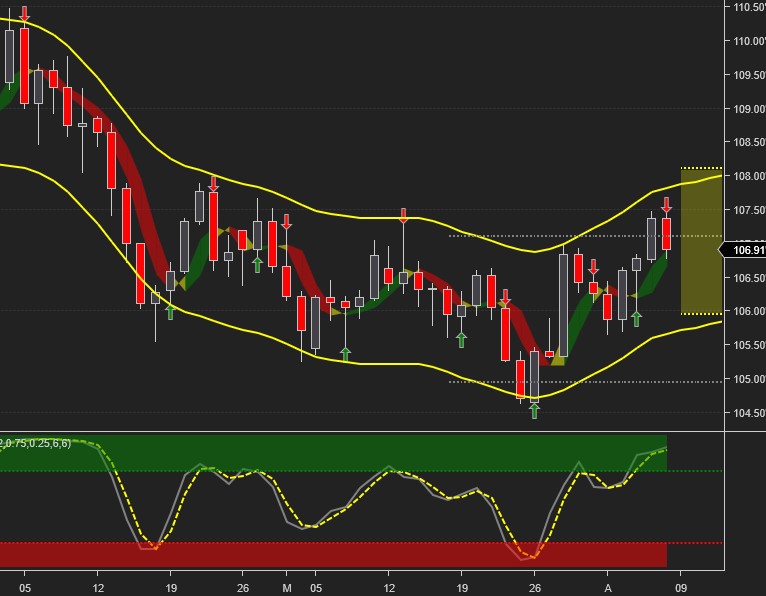 The USD reached the lower channel target and seems primed for a reversal against the CAD. 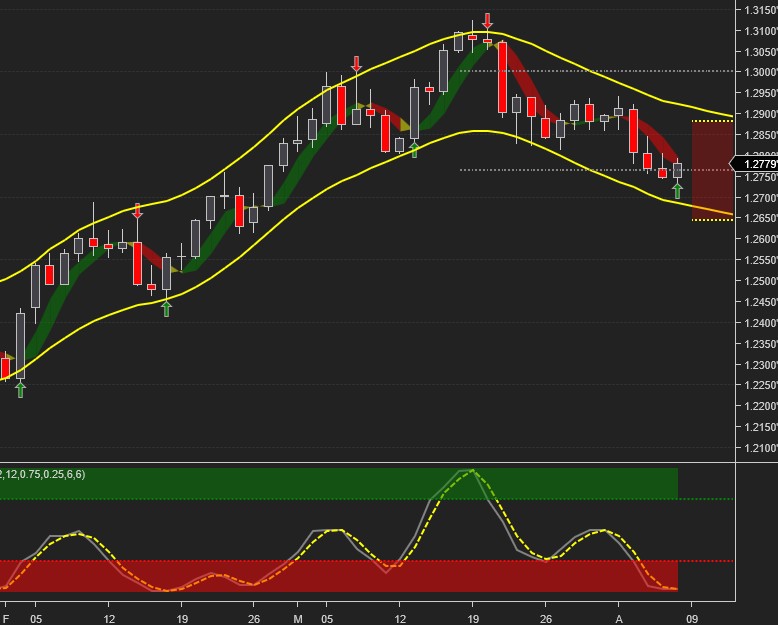 The USD regained its strength against the CHF and reached its upside target of 0.965.  This was punctuated by an outside reversal candle which has bearish implications. 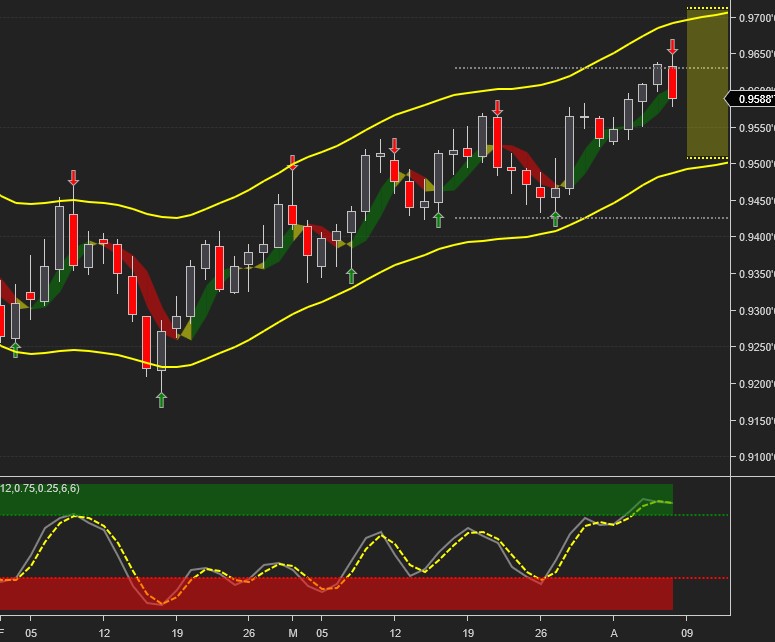 The slide of the Aussie dollar is showing signs of slowing down, as the AUD is trying to find a floor.  Friday’s close was in the middle of the projected range for next week: 0.76 – 0.775