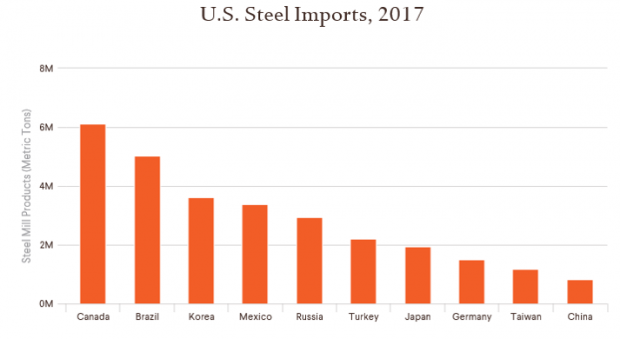 While Trump has persistently argued for steel and aluminum tariffs as a way to create jobs in beleaguered American industries, the formal legal rationale for the measures is actually an obscure national security clause. Ironically, Trump’s tariffs hit many U.S. allies harder than they hit China which potentially could be a national security threat.

Not only are Canada and Mexico exempt from the tariffs, but their competitors now face restrictions in the US market that they didn’t before. That means that Canadian and Mexican steel will suddenly seem a lot more attractive to US businesses that were importing steel from, say, the European Union.

Trump’s tariffs on steel (25%) and aluminum (10%) are now official and will take effect towards the end of March. Canada and Mexico, both major exporters of steel to the U.S., are exempt for now pending ratification of NAFTA. Indeed, Canada on its own is the largest exporter of steel to the U.S.The European Union accounts for 21% of the US$29.1 billion of steel products the U.S. imported in 2017.

The largest exporter of steel to the United States is Canada. Germany, Japan, and South Korea are also among the top–ten exporters, and China is only the eleventh largest.

Meanwhile, economists worry that these huge tariffs could set off a trade war that could topple the global economy back into recession. 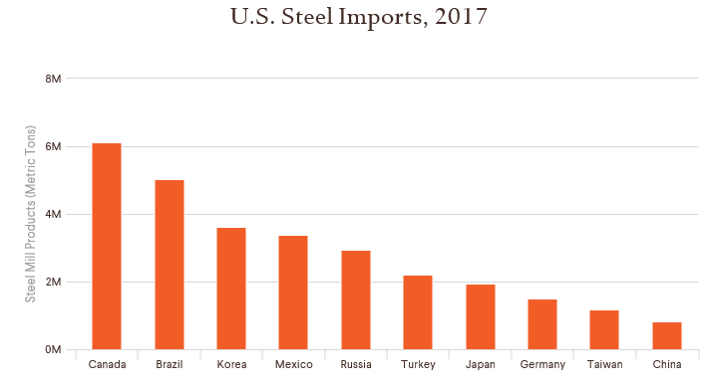 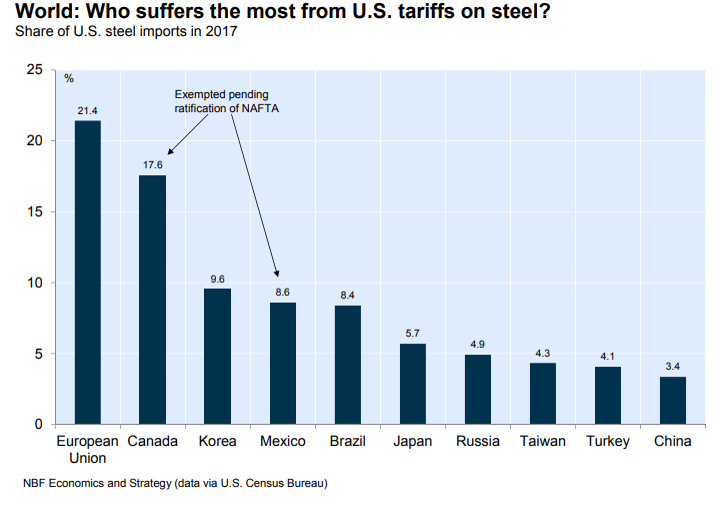