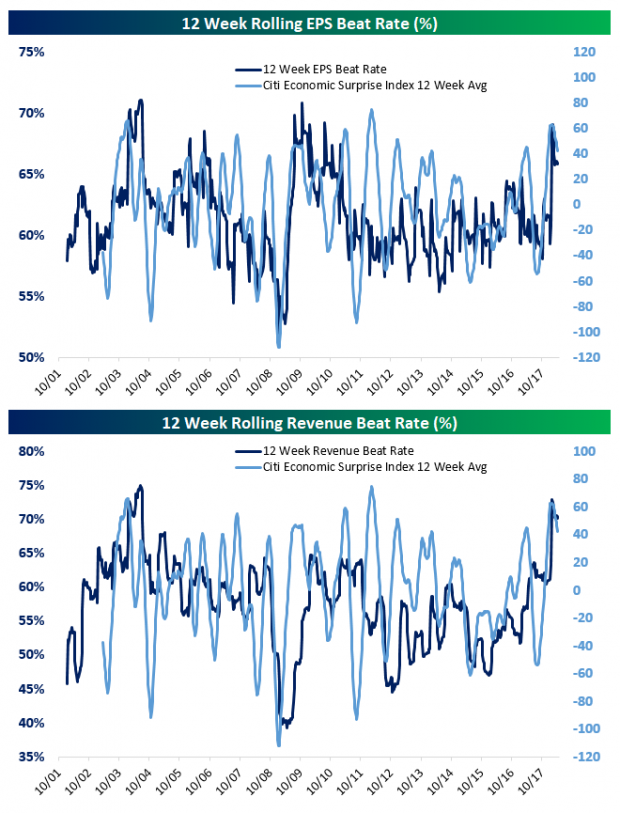 Earnings beat rates have been very strong recently. In the 12 weeks ending February 16th, 69.1% of companies beat EPS, and over 72% of companies beat on revenues. These numbers have moderated somewhat since then but still remain extremely strong (65.8% and 70.2% respectively). For EPS, recent levels of beat rates on a rolling 12 week basis have been the strongest since the aftermath of the last recession.

Revenue beat rates have been dramatically stronger, with the best beat rate since 2004. It shouldn’t be surprising that economic data has also been very strong relative to expectations. In the charts below, we show the rolling 12 week beat rates for EPS and revenues, versus the 12 week rolling average of the Citi Economic Surprise Index for the United States. As the charts show, while the correlation between these two related indicators of strong results versus expectations aren’t perfectly correlated, they do tend to move together over time. One note of caution: the Citi Economic Surprise index has continued to pull back in recent weeks, and is currently at the lowest levels since October of 2017. That suggests that the stellar beat rates of last earnings season won’t repeat as this earnings season heats up, though they are likely to remain pretty strong given the first few reports we’ve gotten. 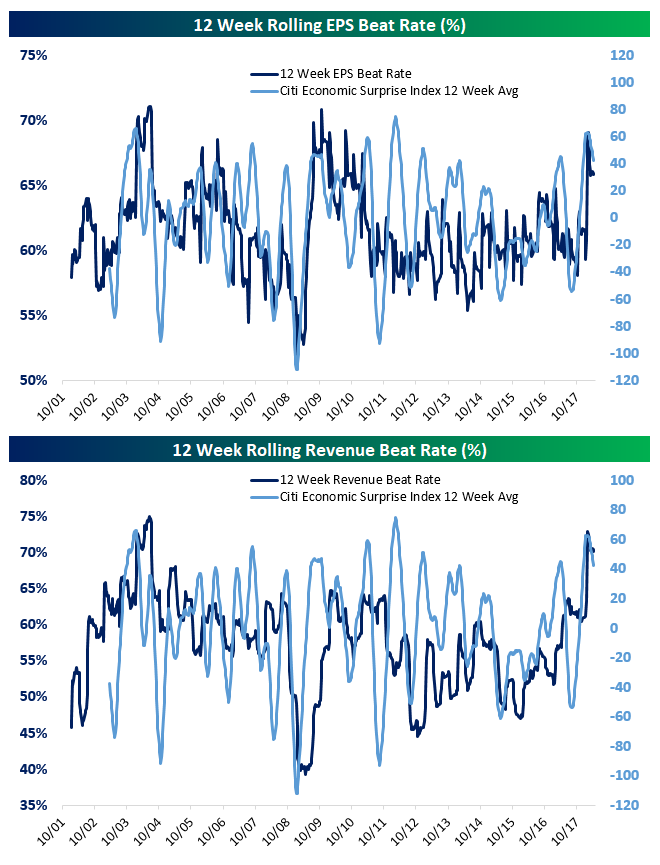