Asian markets were trading mixed to start the week as traders eyed U.S. earnings season which is set to begin in earnest this week. Thomson Reuters predicts S&P profits to have risen by 18.6 percent in Q1 2018 as compared to Q1 2017, the biggest increase in seven years. Profit-taking in advance of the earnings releases kept markets from heading broadly higher. 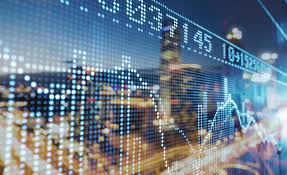 The coming week will be chock full of news announcements. U.S. retail sales will be reported later on Monday and 15 Federal Reserve speakers will be making statements. On Tuesday, China’s gross domestic product report will be released. FAANG stocks have struggled recently, with Facebook coming under significant pressure as founder Mark Zuckerberg faced privacy policy challenges. Traders are hoping that positive first-quarter earnings will reduce worries that sparked the sell-off of FAANG stocks last week. Also pressuring stocks was the fear of the trade war between the U.S. and China, since China is a big source of revenue for Apple. Although the trade war fears have cooled substantially since the end of last week, traders are still worried about what may happen due to U.S. President Trump’s tendency towards volatility.