ECB Dovish On The Economy

The Euro fell for the first time in 5 trading days due to the “minutes” from the last central bank meeting, which highlighted some of the ECB’s concerns. The strengthening of Euro has also caused concerns as the Euro firming was partly due to US protectionism, relative monetary shocks, and less to the improvements in the macroeconomic outlook. This indicates that the appreciation of Euro could have a more negative impact on inflation. 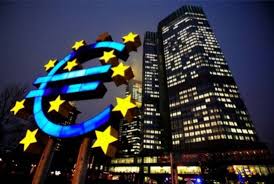 However, the minutes showed some disagreements among 25- strong membership over the health of the economy on whether there is room for the economy to grow without an impact on rising price pressures. Here are some other diverging views:

Considering ECB “minutes” was in early March, Draghi recent optimism gives us a better outlook on the actual economic health. Even though eurozone’s economy has shown a strong recovery and is entering an expansionary phase, it is doubtful that ECB can hit its inflation target. Lastly, with a string of euro data being on the downside, the selling pressure in euro could still continue.