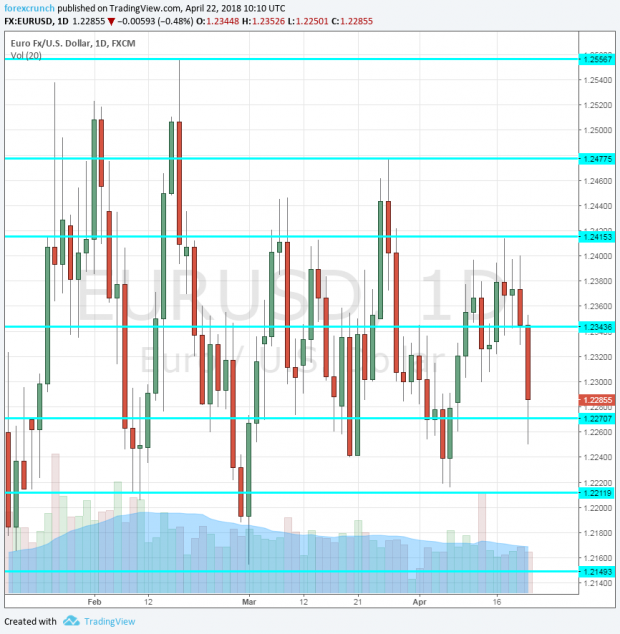 EUR/USD initially stuck to the range but eventually began cracking. More worrying signs from Europe and further upbeat figures in the US weighed. Will it continue lower? The ECB decision is left, right, and center. Here is an outlook for the highlights of this week and an updated technical analysis for EUR/USD.

Euro-zone inflation was downgraded to 1.3% in March and Germany’s ZEW indicator plunged to negative territory. Both negative indicators had only a temporary effect on the common currency. In the US, building permits beat predictions with and Fed officials continued expressing confidence about the economy. Late in the week, US 10-year bond yields began climbing, topping 2.90%. The greenback followed them and advanced across the board.

EUR/USD daily chart with support and resistance lines on it. Click to enlarge: 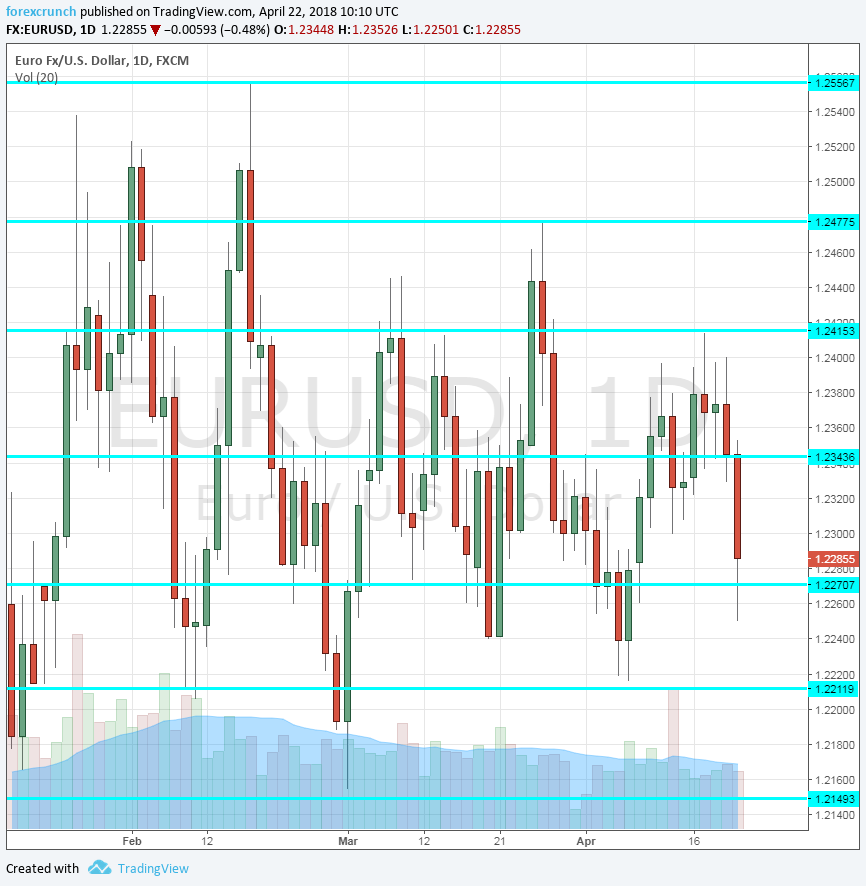