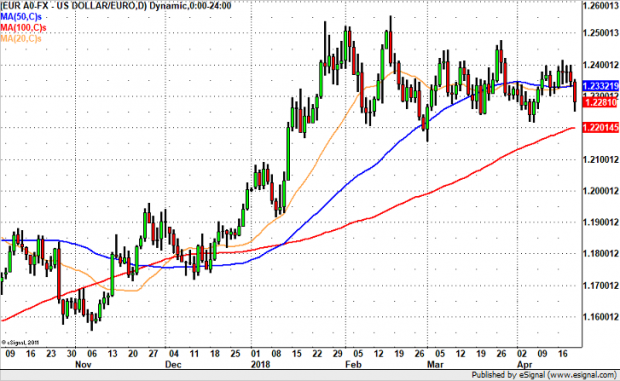 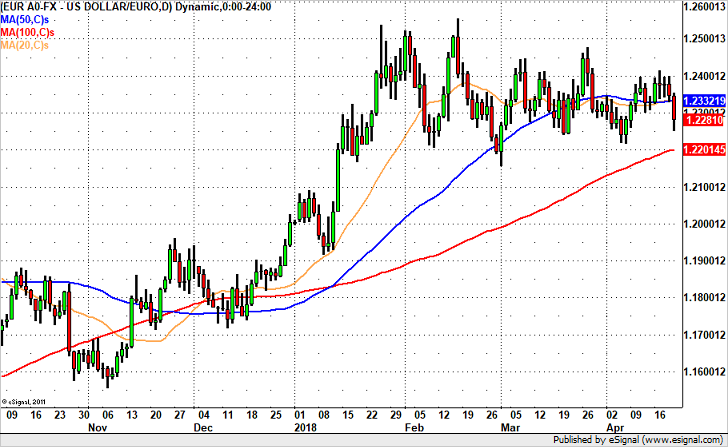 Euro is trading lower ahead of next week’s European Central Bank’s monetary policy announcement. After consolidating for 8 trading days and failing to break above 1.24 throughout that time, the EUR/USD finally broke down on cautious comments from ECB member Weidmann. The head of Germany’s Bundesbank said there were recent indications that the first quarter in Germany was “not so brilliant.” However on Friday, ECB President Draghi also said growth momentum is expected to continue and their confidence in the inflation outlook increased but the euro-area growth cycle may have peaked. Euro will be the main focus in the week ahead with a central bank rate meeting, Eurozone PMIs, the German IFO report and German labor market numbers scheduled for release. Since the last monetary policy meeting we’ve seen more deterioration than improvement in the Eurozone’s economy. Therefore we don’t expect Mario Draghi’s outlook to improve materially this month as German sentiment and spending deteriorates. The ECB is not ready to signal the end of QE and they are not thinking about raising interest rates anytime soon. If the PMI and IFO reports, which will be released before the rate decision miss expectations, investors will position for renewed dovishness from the central bank. The risk is to the downside for euro and dovish comments from Draghi could drive EUR/USD to 1.22.

Technically, EUR/USD has fallen below the 20 and 50-day SMA. This breakdown after tight consolidation is significant and the next stop should be the 100-day SMA near 1.22 followed by 1.21. If EUR/USD manages to rebound and finds itself back above 1.2375, then a run above 1.24 becomes likely.