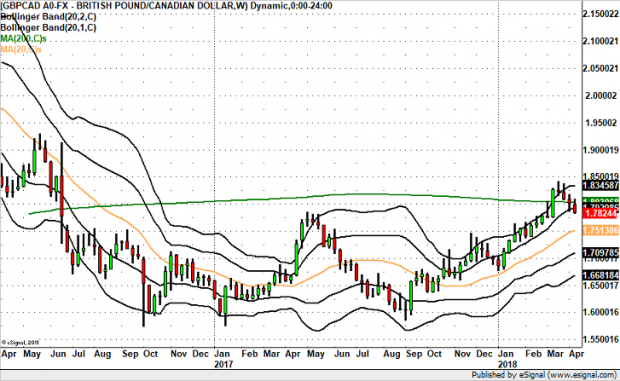 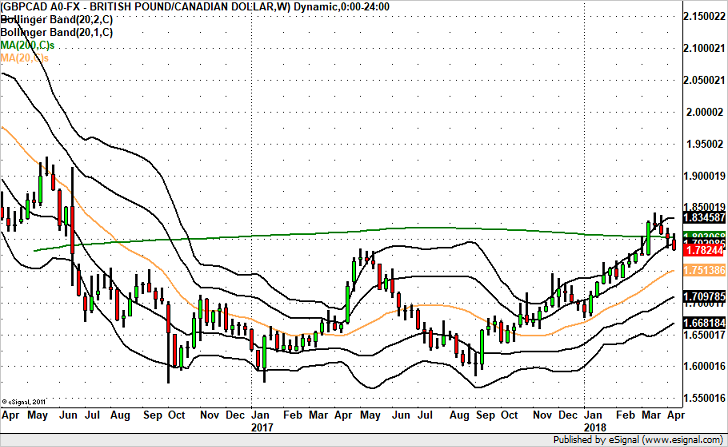 Although sterling traded higher against the greenback today, we believe that it is vulnerable to further weakness as U.K. data worsens. Industrial production rose only 0.1% in the month of February and manufacturing production fell -0.2%. Although the trade deficit narrowed, the decline in exports and imports reflects weakness rather than strength. All of this follows last week’s disappointing PMI reports.
The National Institute of Economic & Social Research also sees GDP growth accelerating to only 0.2% in the month of March, which was less than anticipated. Meanwhile the Canadian dollar rose to its strongest level in 7 weeks vs. the greenback. There was no Canadian data but the sell-off was supported by the price of crude, which hit its highest level since December 2014. Canadian 10 year bond yields are up sharply and with the prospect of a NAFTA deal, the loonie should extend its gains.

Technically, GBP/CAD has support at 1.7800 but if this level is broken, we should see the pair extend down to 1.76. The weekly chart shows the pair’s negative bias after having rejected the 200-week SMA.