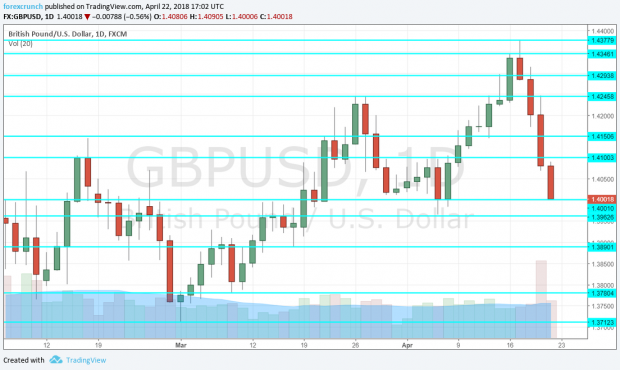 GBP/USD Forecast Apr. 23-27 – 5 Reasons For Pound Plunge, GDP Unlikely To Be The Savior

GBP/USD had a bad week when everything went wrong for the pound. After hardly holding onto 1.40, sterling now faces the GDP report and another public appearance by Mark Carney. Will it continue lower? Here are the key events and an updated technical analysis for GBP/USD.

The bad news began with wages that remained stagnant at 2.8%, short of a rise to 3% and alongside a rise in jobless claims. The second disappointment came from inflation, which fell to 2.5%, lowering the urge for a rate hike. Retail sales fell by 1.2%, double the early expectations providing the third reason to sell the pound. After the economic data came Carney’s BBC interview. He said that interest rates will rise in the next few years but hinted that the next move may not necessarily be in May. The fifth and last blow came from Brexit issues. The House of Lords voted to make changes to the Brexit Bill by a huge majority and the Irish border issue is a very thorny one without any relief so far. So, GBP/USD rose to 1.4376, the highest since June 2016, only to tumble nearly 400 pips from the highs. In the US, the dollar enjoyed higher yields, a result of good data and ongoing eagerness from the Fed to raise rates. Williams’ optimism stood out.

GBP/USD daily graph with resistance and support lines on it. Click to enlarge: 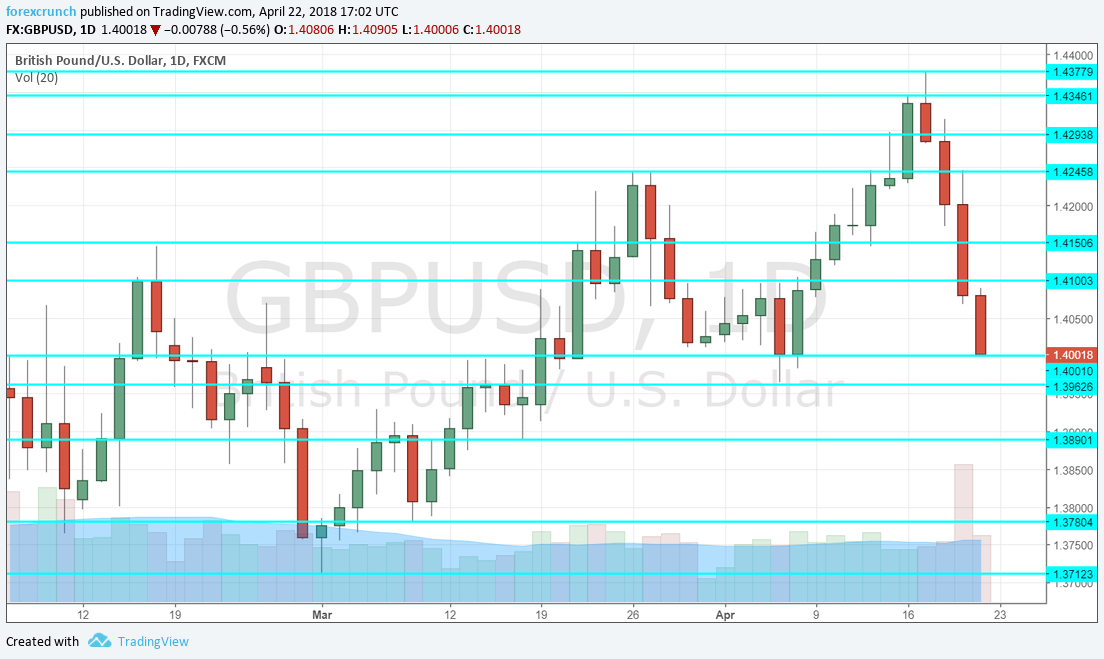