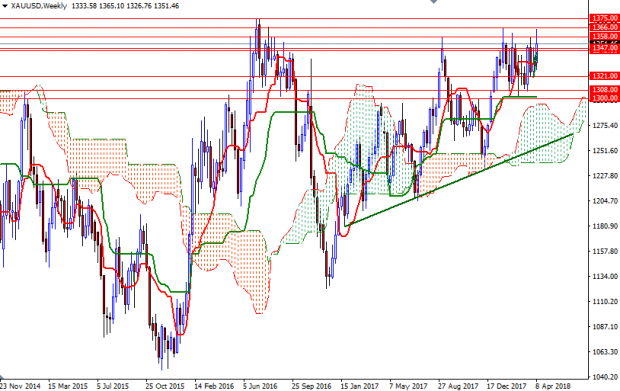 Gold prices rose $13.87 an ounce on Wednesday as a weak dollar and the threat of imminent U.S. military action in Syria whetted investors’ appetite for the relative safety of the precious metal. U.S. President Donald Trump tweeted that Russia should “get ready” for missiles to be fired at its ally Syria, in response to Syria’s suspected chemical attack. The Daily Telegraph reported that U.K. Prime Minister Theresa May ordered British submarines to move within missile range of Syria in readiness for strikes against the Assad regime. The key U.S. economic highlights of the day was the March consumer price index, which came in at down 0.1% from February.

XAU/USD traded as high as 1365.10 after the market pierced through 1347/5, but gave up some of its gains following the Federal Reserve released minutes from its latest policy meeting. The market is trading above the Ichimoku clouds on the daily and the 4-hourly charts, suggesting that the bulls have the firm overall technical advantage. Positively aligned Tenkan-Sen (nine-period moving average, red line) and Kijun-Sen (twenty six-period moving average, green line) on both charts as well as Chikou Span (closing price plotted 26 periods behind, brown line)/Price crosses in the same direction are also inspiring the technically biased buyers. Although the charts indicate that there will be more upside price action, I can’t rule out a retreat towards 1347/5 before heading higher. 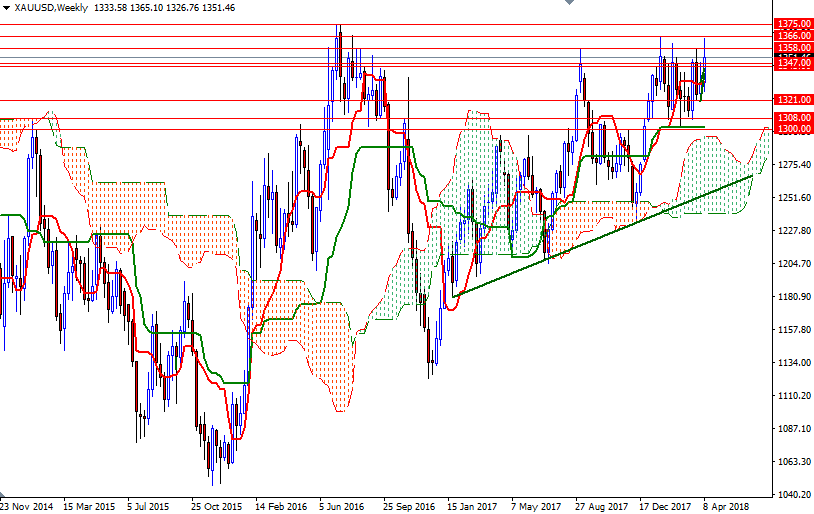 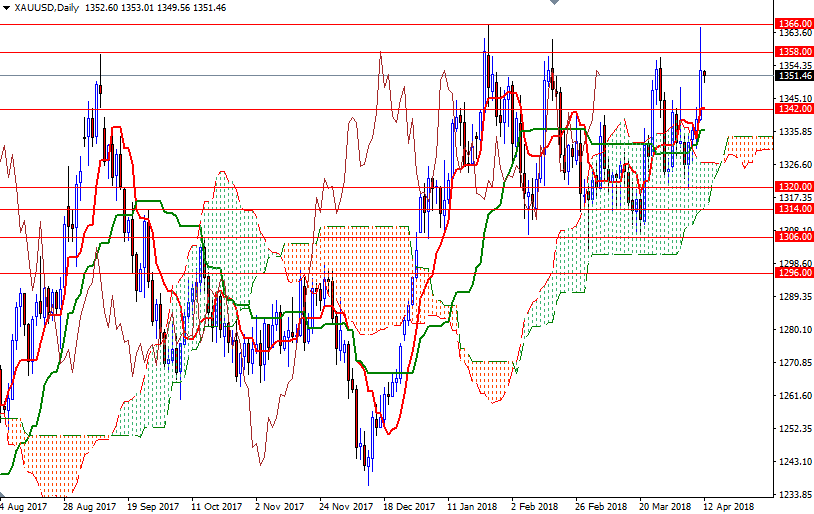