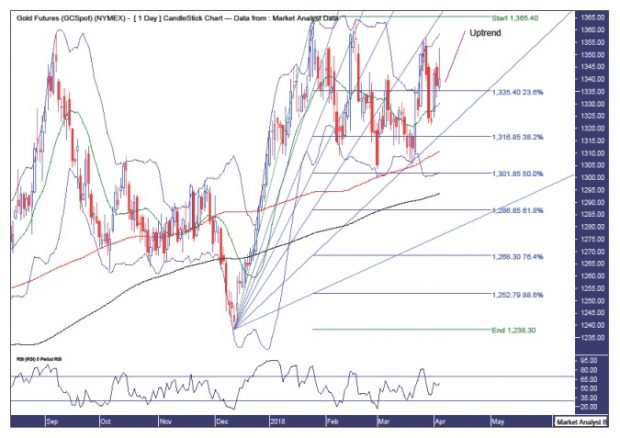 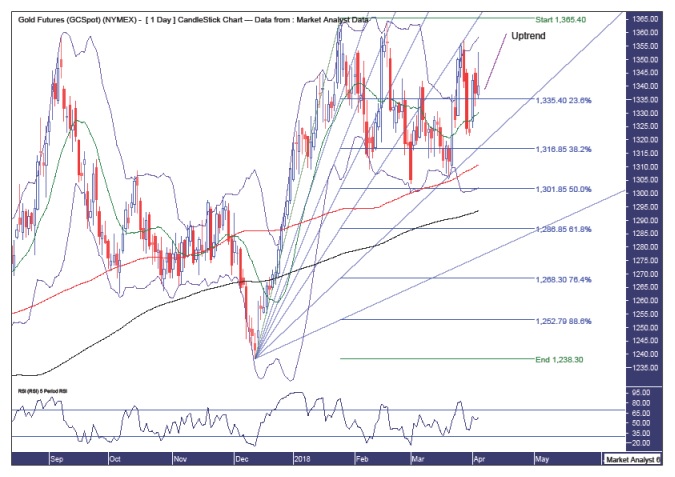 Bollinger Bands – price found support three separate times at the lower band. I doubt there will be a fourth time and price looks to have recently found support at the middle band.

Fibonacci – price retraced to just above the 50% level leaving the uptrend in a solid position. The 61.8% angle has been providing resistance while the 76.4% angle has provided support and I would not like to see a solid move below this 76.4% angle. I doubt that and instead believe price can trade up along the 61.8% angle to new rally highs. Let’s see.

RSI – in strong territory and generally trending up – a good sign. 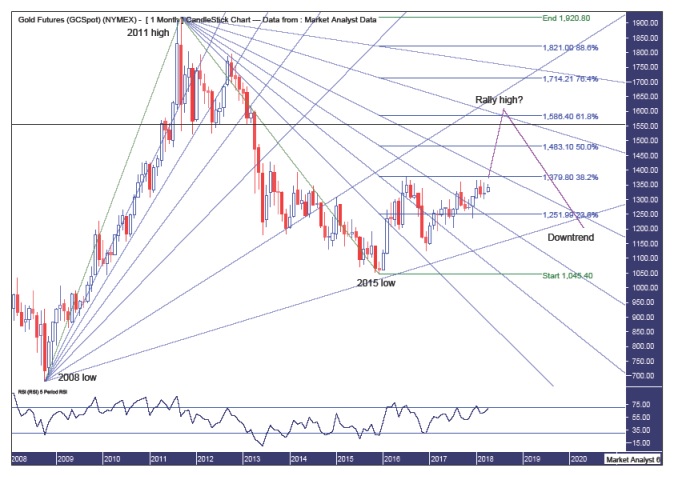 Pattern – price is knocking on the door of overhead resistance set in July 2016 at $1377 and I believe a break above that level is imminent. I also believe this is a bear rally only and a sharp rally from here will get punters thinking the bull market is back on. I believe that would be a wrong assumption.

Fibonacci – resistance has been the 38.2% retracement level while I am looking for the bear rally to ultimately terminate around the 61.8% level at $1586. The bullish fan shows the 88.6% angle providing support for 2015 low and the 76.4% angle is now resistance although I doubt price can reach it. It may go close though. I am looking for price to rally up to the 76.4% angle on the bearish fan before the overall downtrend resumes.

Horizontal line – denotes the February 2013 low of $1554 and that is where the gold crash of 2013 picked up steam after breaking below that level. Price often returns to where a crash started and that is where I believe the price is headed and perhaps nudging a touch above.