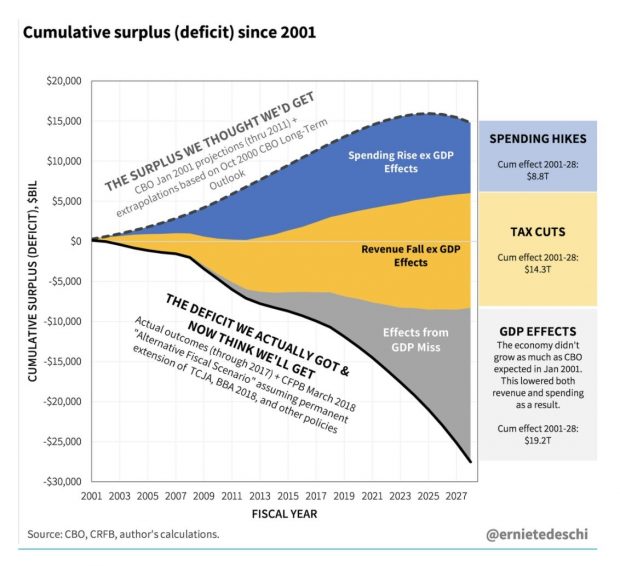 Government Won’t Save You

In normal circumstances you don’t want to depend on the government because no one who relies exclusively on transfer payments (excluding people collecting public pensions) is living a comfortable successful financial life. The current budget situation for the government is dire, so your personal goal to avoid relying on the government for anything, even social security, is amplified. You should also expect taxes to go up if you are wealthy because the government is strapped for cash. The current political reality makes it seem like taxes won’t be raised, but the winds can easily shift since inequality is such a big issue with middle and lower class voters. It looks like the GOP will maintain the Senate in 2018, but one election isn’t important when coming up with your personal financial plan for the rest of your life. It’s best to be conservative and not assume the best case scenario will occur. We’re not advising you to put your cash under your mattress; just be conservative with your spending habits.

The chart below explains how bad the situation is for the government. 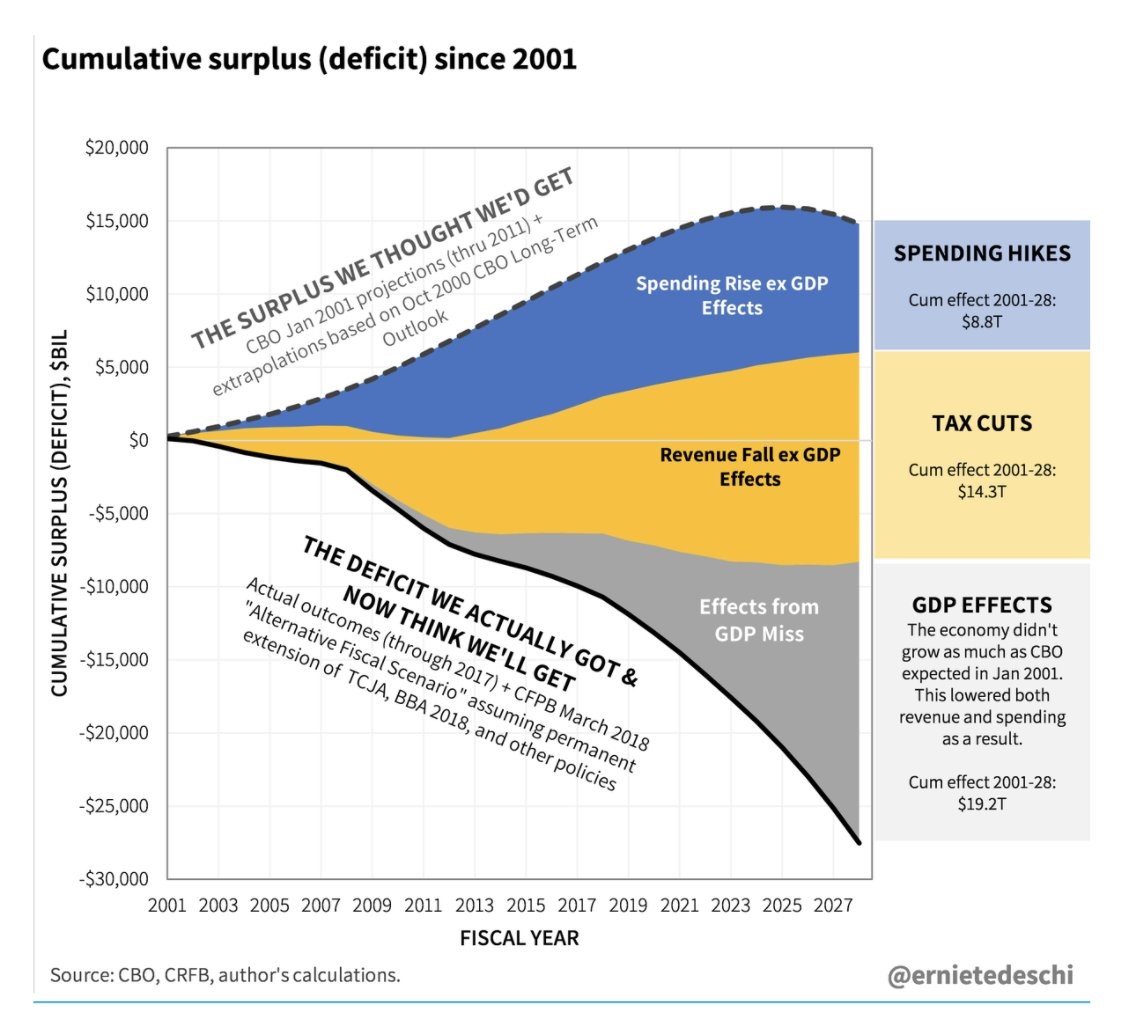 Budget Expectations Were Wrong By A Lot

Expecting taxes to fall and government spending to increase forever is a mistake. The government’s balance sheet wasn’t terrible in 2000 as it was right after the strong 1990s economy and before the middle eastern wars became an albatross on the budget. That’s why the dotted blue line shows the long term outlook for the surplus from October 2000 was very optimistic by today’s standards. Expectations were for a $15 trillion cumulative surplus, but we’ve seen a $28 trillion cumulative deficit. The increased spending from 2001 to 2028, excluding the GDP effects, has caused the cumulative surplus to fall by $8.8 trillion.

The Bush tax cuts and the Trump tax cuts from 2001-2028 cost the government $14.3 trillion. Normally we’d say the tax cuts are just returning more of the tax payer’s money to them. However, the government can’t pair tax cuts with spending increases, so we’ll go along with expensing the tax cuts. A tax cut isn’t a real tax cut if the government spending increases because it will collect the money eventually from the same taxpayer. The government can run a deficit for much longer than an individual, but there are crowding out effects where government expansion prevents private companies from thriving. Over time a weak economy and budget deficits will cause the dollar to lose its reserve currency status and the debt will have a higher interest rate, furthering the problem. Just because no major effects have appeared yet doesn’t mean the risk doesn’t exist.