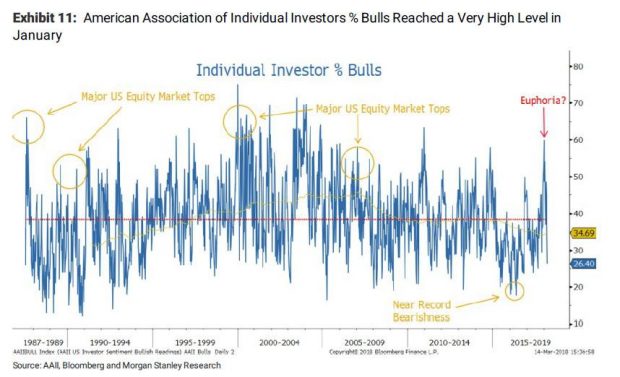 Hedge Fund Leverage Plunges Most Since The Financial Crisis

While it may seem like a lifetime ago, it was only in late January that the market was melting up relentlessly with every trading day, as volatility crashed lower and lower to unsustainable single digit levels, sending the S&P into a buying frenzy. It was, as Morgan Stanley pointed out at the time, “euphoria.” 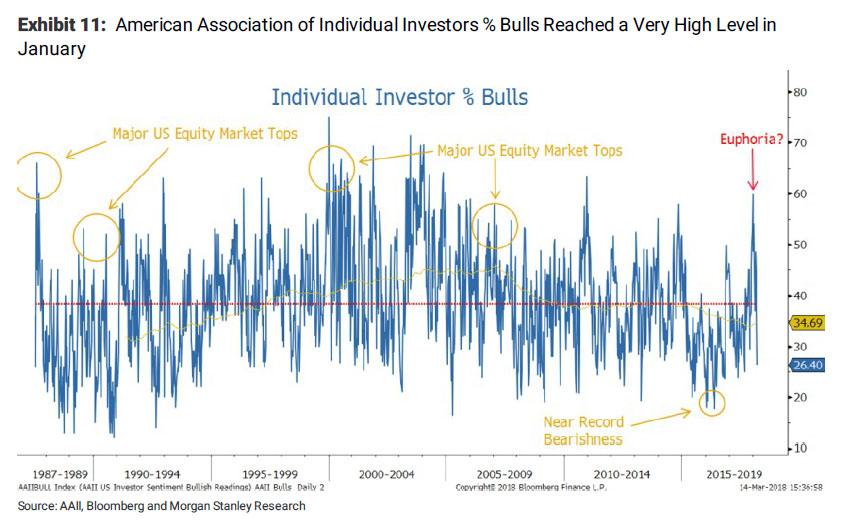 Of course, it all ended with a bang on February 5, when the VIX exploded from 15 to around 40, crushing the inverse VIX ETF industry overnight and impoverishing countless volatility sellers.  Commenting on the dramatic shift in market mood, Morgan Stanley’s Michael Wilson also said that the S&P 500 P/Es peaked in December, the same day as Bitcoin, one day before the tax bill passed… 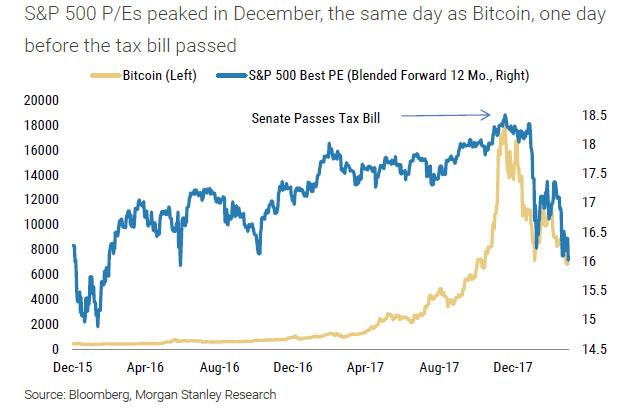 … and adds that “this peak in valuation was followed in January by a peak in positioning as both institutional and retail investors piled into stocks at rates we haven’t witnessed in years… Back in January when stocks were rising sharply, we heard numerous calls for a “melt-up” being made by prognosticators and investors. Of course, that’s how tops are made and we think January marked the top for sentiment, if not prices, for the year.”

He also noted that with volatility now much higher, “a return to those levels of exuberance is very unlikely.” 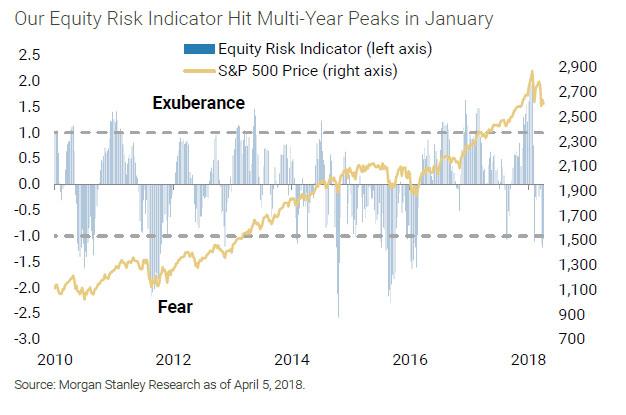 However, there was one particular chart supplied from Morgan Stanley that caught our attention: the gross leverage at Long/Short hedge funds. What it shows is not only the fastest collapse in gross exposure on record, but a pattern that is oddly similar to what happened during the last euphoric surge in mid-2007, which was promptly followed by the great financial crisis. 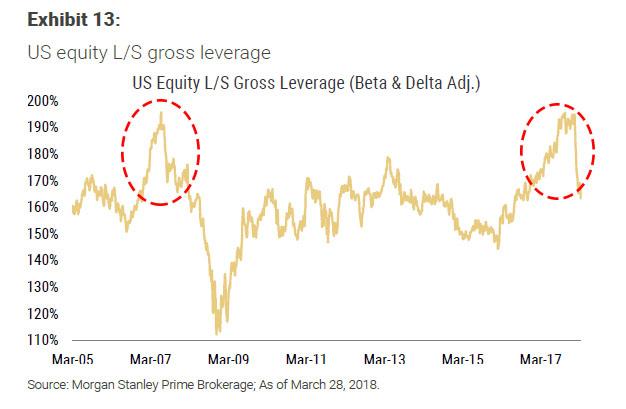 This confirms what both JPM and BofA have pointed out recently: institutions, and hedge funds, have been tireless sellers of equities in recent weeks. 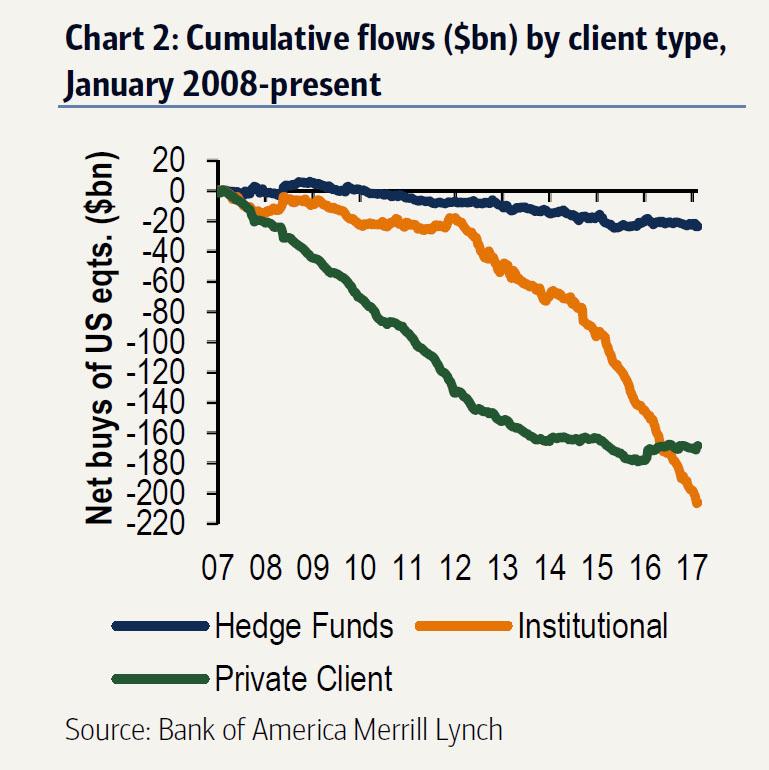 It is unclear what can prompt hedge funds to reverse their sudden gloom, and lever back up: after all the S&P is still just shy of all-time highs. What is clear is that unless corporations ramp up stock buybacks in the coming weeks, no matter how strong earnings season is, the outcome will be very adverse for risk.