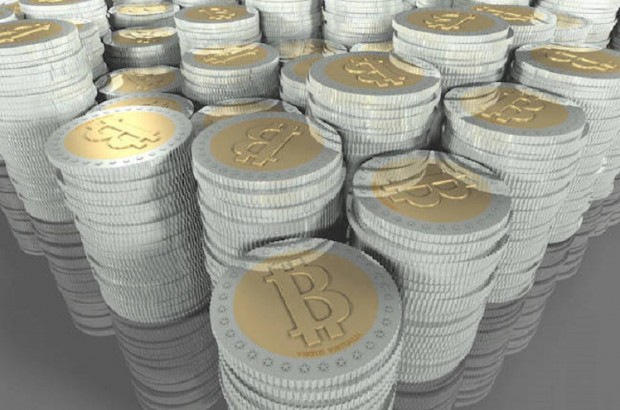 Worstall on Wednesday Matt Levine tells us the story of the Sand Hill Bitcoin Exchange, another one of those bright ideas that turned out not to be so bright and ended in a $20,000 fine from the SEC.

The real underlying point is that it really was a bright idea: one that would improve the economy by making the valuations of large pre-IPO tech companies more rational.

Unfortunately, financial market regulation doesn’t, in fact, allow people to come up with bright plans to make the economy better.

What they actually did, stripped down (Levine’s got the full details in the above link) is set up a betting site – you might more formally call it a derivatives exchange – where you could buy and sell contracts on what the actual future IPO price of companies such as Uber or Snapchat would be.

They conducted maybe $5,000 worth of trades and at times simply made up prices and transactions. All in all it was a very minor thing.

They did realise that setting up a futures exchange on your own is something that financial markets regulation doesn’t actually allow. So, in order to skip around all of that, they announced that it was to do with Bitcoin and used the blockchain!

Except when it came to using the blockchain… well, it didn’t, really. That was just guff to insist that Sand Hill didn’t have to meet the regulations.

So, people did a bad thing, the SEC fined them, and they promised not to do it again. Which is a bit of a pity because there’s been a recent Nobel prize awarded for insisting that such exchanges are just what we need.

Back a couple of years the economics Nobel* was split between Eugene Fama, who told us that the efficient markets hypothesis (EMH) was true and righteous, Lars Hansen, who did the maths, and Robert Shiller, who pointed out that the EMH was wrong. However, the interesting bit about Shiller’s work is why he says the EMH is wrong.

His analysis tells us that people have to be able to bet (“speculate”) on prices falling in order for markets to be complete and thus for the EMH to hold. Note that the EMH doesn’t say that markets are the efficient way of doing everything, only that markets are efficient at processing the information about what prices should be in a market.

His example was the US housing market. You could go and buy a house and speculate on rising prices; that is, be long housing.

But you couldn’t be short housing: there’s no way of selling a house you don’t own to speculate on falling house prices. You could, and can, go short on those bundles of mortgages bundled into bonds, but that’s a long-winded way of doing it.

Shiller is really saying that there’s upwards pressure on prices from people buying stuff; going long. And there’s neutral pressure from people just not putting their money anywhere near the market. But to get that market efficiency of prices we need to have a method for people who think that prices are going to fall to be able to speculate: in other words, a method of going short.

So, in the stock market you can short sell stocks: this punctures some of the upwards froth on prices. You can do the same with bonds.

Shiller’s solution to the US housing market was that we should have a futures exchange where you can bet, speculate, go short, on house prices.

Which brings us to the Sand Hill Exchange. While it’s all much more of a farce than a tragedy, there is still that sadness of it being a great idea at heart. We’ve got these very large privately owned tech startups, those unicorns. There’s quite a few people who think that Uber, or Snapchat, or whatever else it is the cool kids are doing these days, are over-valued.

But because they’re private companies there’s no way of being short them. Yes, you can clamour to be allowed to invest in them, pushing prices upwards. You can stay out of the market entirely, meaning you’re not pushing up prices. But you can’t speculate that they’re over-priced and thus contribute to the correction of that possible over-valuation.

Note that the argument isn’t that they are over-priced. Rather, the arguments goes that that if they are overpriced, we’ve no mechanism by which those who think so can interact in the market and reveal what they think, thereby triggering a price correction.

Sand Hill Exchange was, in however a tiny manner, aiming to contribute something useful to the market; a corrective to the upwards pressure on the prices of those unicorns.

The overall point here though is one that I’ve made before. There’s vast areas of life that are hemmed and hedged around with regulations to stop people doing things.

This causes something of a difficulty for innovation: there’s a rather large fixed cost to complying with those regulations, a fixed cost that a startup can’t meet. Thus we don’t get innovations in these areas, or perhaps we get less innovation in these areas than we might like – or benefit from.

The end result of this is twofold. The first part is that we get richer as a society by becoming more efficient at doing the things that we already do. But regulation makes this difficult: regulations only apply to things that we’ve written regulations about, and we tend to only do that for things we’re already doing.

The second part is the corollary of this: innovation is going to be easier in entirely new fields because that’s where there’s not going to be regulation to curtail it.

Meaning that if you are thinking of striking out on your own, then it’s going to be easier to, say, send cat pictures around (where there’s no regulation at all) rather than optimise the financial markets (where there’s regulation of everything).