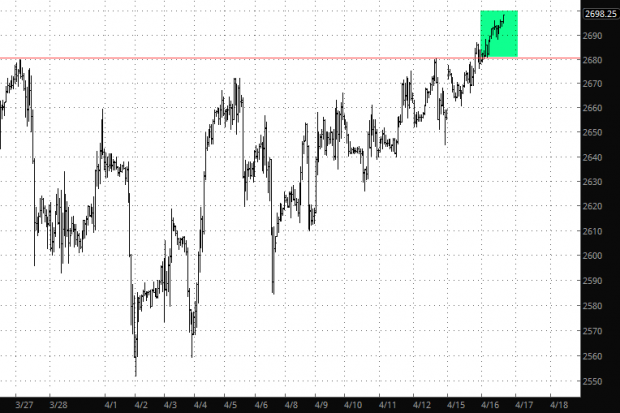 As I suspected in the post I did just before hitting the sack, this morning is a sea of green, worthy of the Beatles. 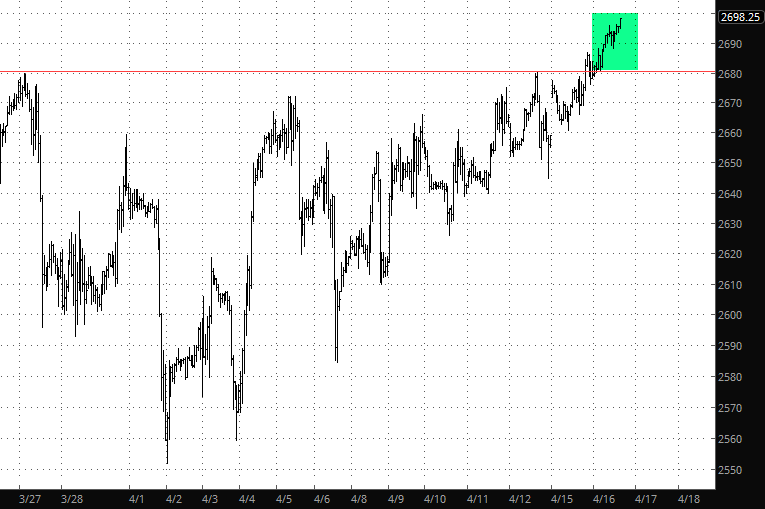 The reason I think this is important is , as the arrows indicate, it suggests to me we have simply re-entered the higher range between 2680 and 2800 within which we had spent so many weeks before. Worse for the bears yet, the basing pattern beneath the lower end of this range is larger and better-formed than the one preceding it. 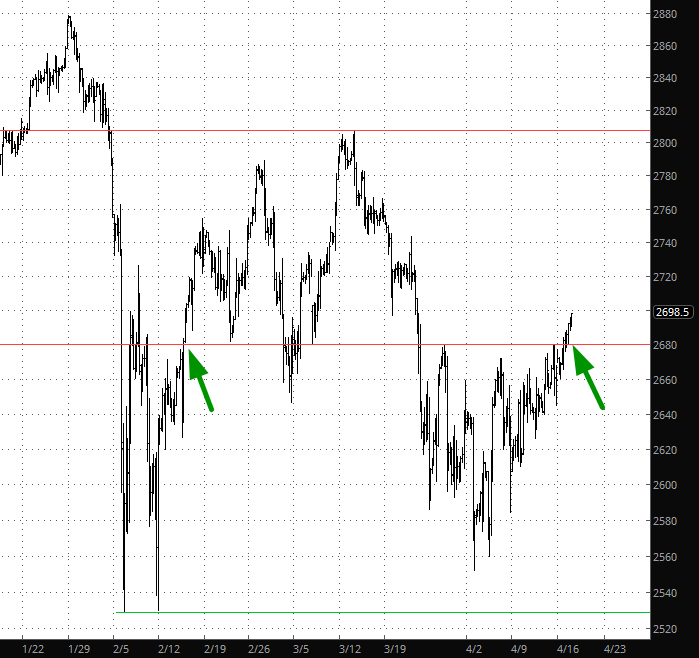 Yes, we are still well below lifetime highs, and yes, broad markets are generally showing a series of lower lows (like the /NQ below), but there is no doubt that the market has been gaining strength for the past several weeks, and now that we’re into the thick of earnings season, a steady stream of generally positive reports will keep the fuel going. 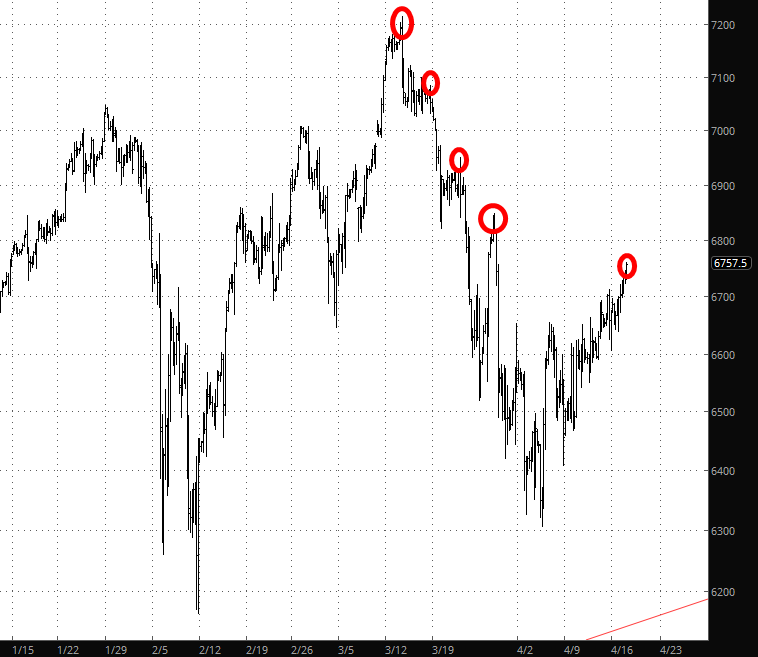 As an aside, I’ll mention crude oil has exhibited what could be a failed bullish breakout. This is hardly a sea-change, since we’ve seen these modest reversals before lately. However, rapidly-diminishing tensions on the trade war front as well as the “real” war front (like Syria) have taken the “fear bid” out of the market. 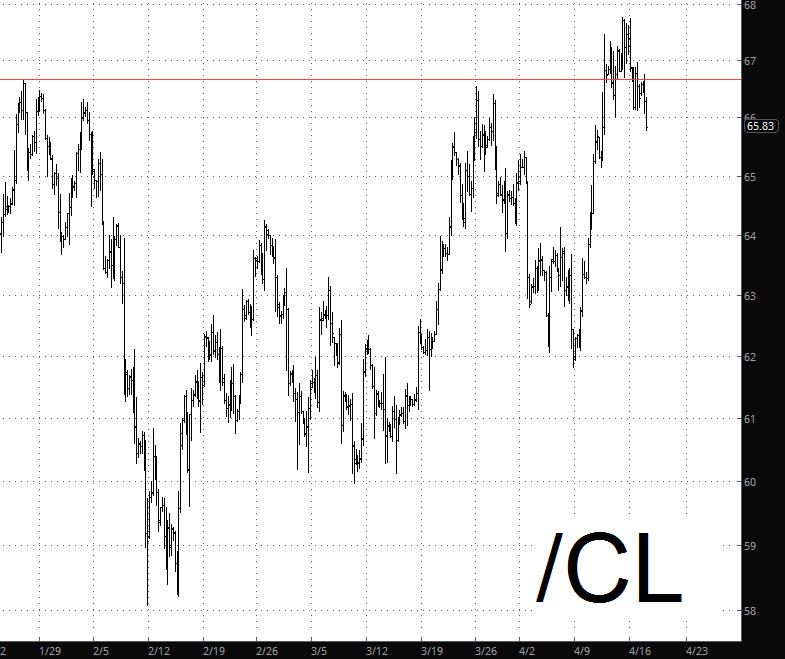