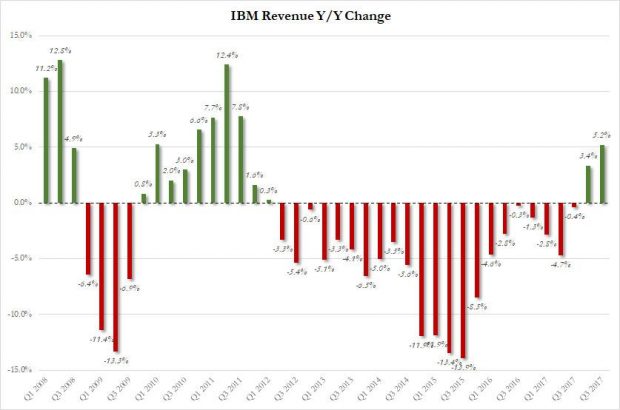 After years of declining revenues, IBM finally surprised investors last quarter with a revenue increase and numbers that at first blush appeared good, but a deeper look revealed were very seriously massaged (as we disclosed at the time). Now, in its Q1 2018 earnings report, IBM has taken the pro-forma adjustments that it has become so well-known for, to a new level.

In the first quarter, the company reported non-GAAP EPS of $2.45, up 4% Y/Y and beating expectations of $2.42 (not to be confused with GAAP EPS as noted below). Revenue of $19.1 billion was also better than the expected $18.83 billion, and a 5% increase to the $18.2 billion reported last year. And, superficially, the revenue was great, posting the second straight quarter of growth after 5 years of declines, and the highest since Q3 2011: 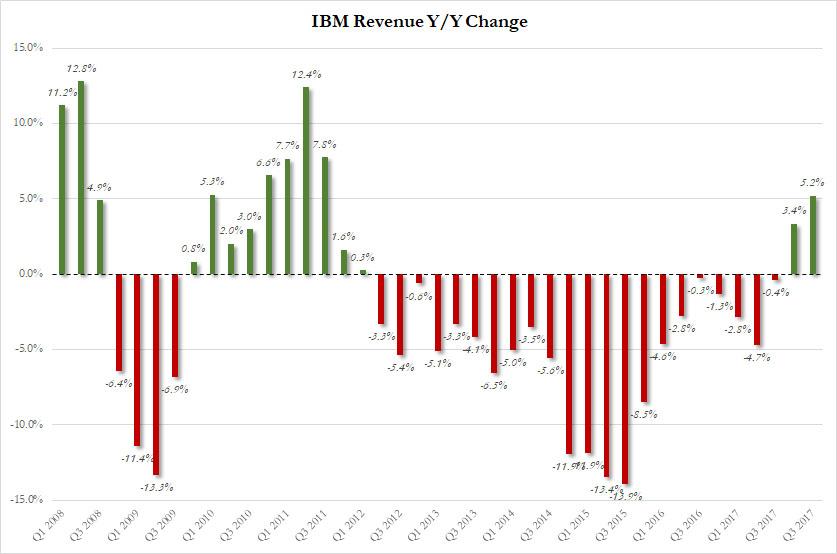 Broken down, revenue was solidly higher across the board:

Even when looking at IBM’s tax rate, where IBM traditionally engages in accounting magic, things appeared to be normalizing, as non-GAAP EPS actually rebounded to 16%. 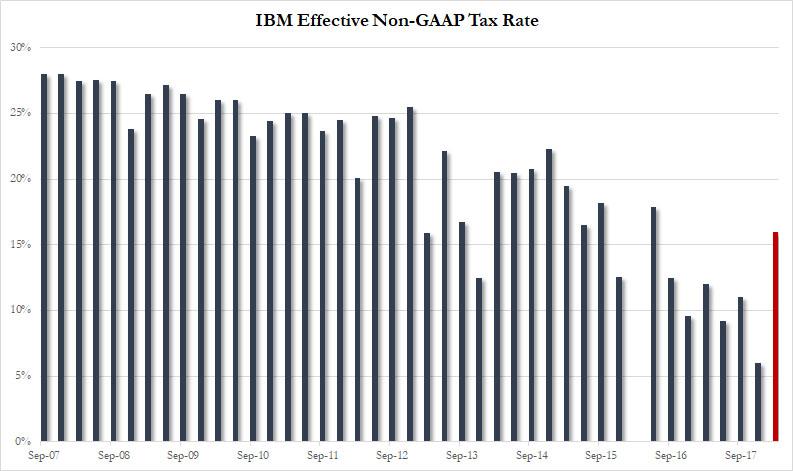 All of the above was great news and would have sent the stock soaring. Only, it was not meant to be, because a closer look once again revealed a lot of dirty laundry.

First, while IBM did report 5% revenue growth Y/Y in Q1, this was if one excludes currency impact, something which IBM always says to include. And, as IBM disclosed in its report, revenue growth was actually 0% Y/Y when adjusted for currency.

Revenue in the units IBM calls “strategic imperatives,” which includes the company’s cloud, analytics, and mobile-focused businesses gained 15% from a year earlier to $9 billion. Analysts had expected this to increase by 11%. Here too, however, all the growth was thanks to the weaker dollar: adjusted for FX, strategic imperatives would have seen only 10% growth instead of 15%.