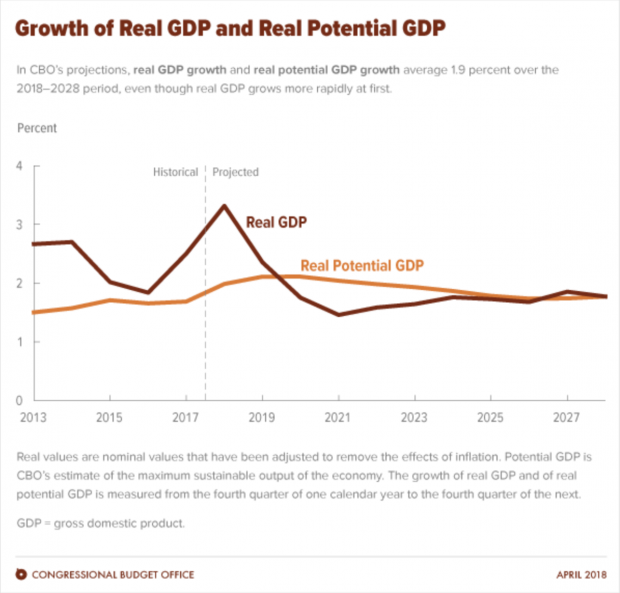 If GDP Growth Is 3% Over The Next Ten Years, The Income Tax Revenue Actually Rises By $544 Billion

This past week the Congressional Budget Office (CBO) released their budget projections for FY 2018 through FY 2028. The budget projections include a host of assumptions on things like GDP growth, potential GDP growth, interest rates, employment, revenues, and expenditures, to name a few. Within the CBO information lies an assumption on a number that can, at times, have an impact on market participants (the impact is mostly indirect, but the influence is still there). The figure is the projected GDP growth rate over the next 10 years.

If you don’t already know the figure, what would you guess they assumed? Would you guess they assumed something like 3% GDP growth – the figure the Trump Administration used when releasing their budget proposal? If you’re a student of politics, you likely know that the CBO is almost always more pessimistic than the President’s Office of Management and Budget (OMB), and thus projected a lower growth rate. But, how much? Would you guess 2.6% – the growth rate we saw in 2017? Perhaps something in-between, like 2.75%? Interestingly, the CBO assumed an average annual growth rate of 1.9%.Is this realistic? And, does it even matter? 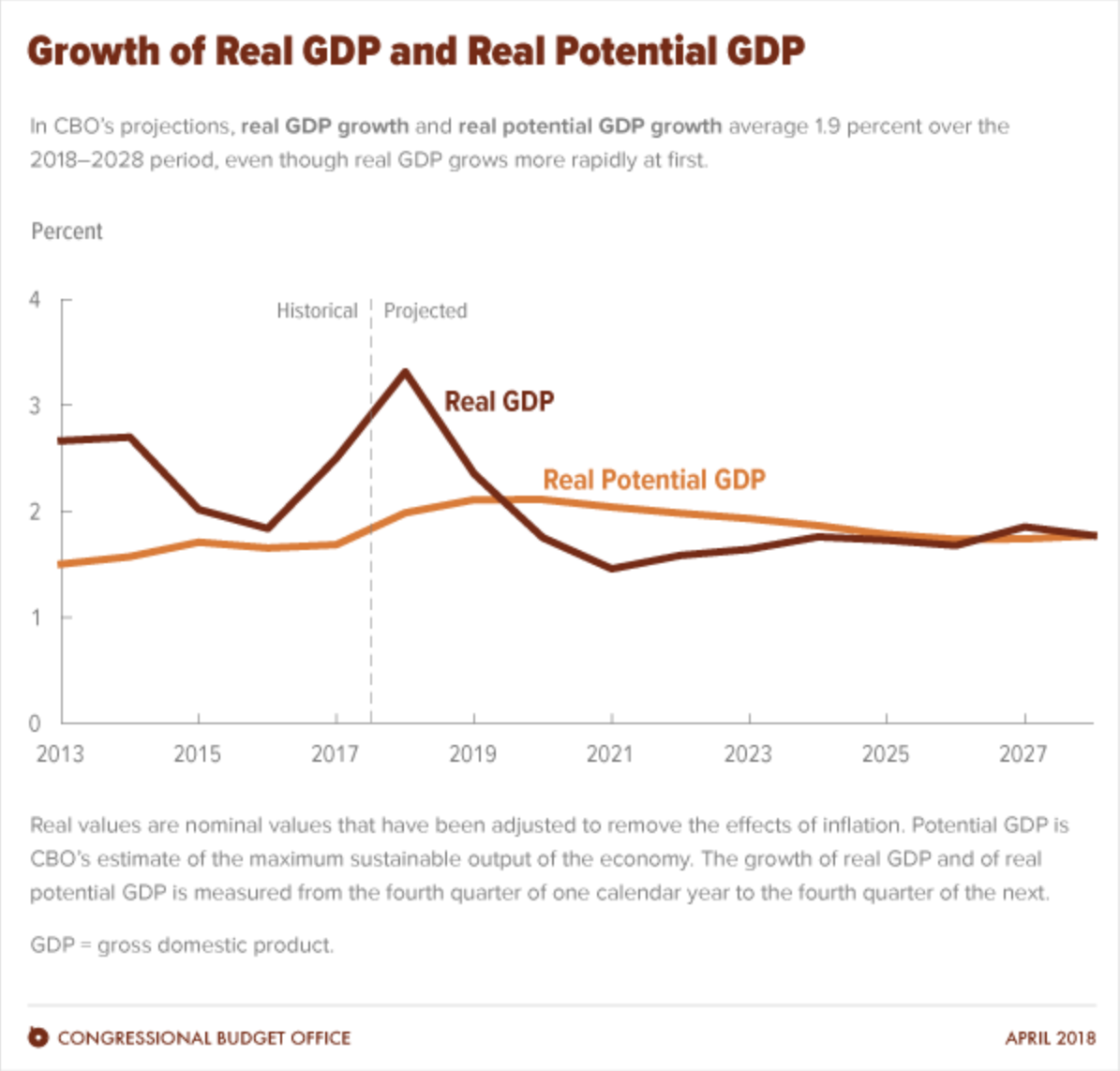 The answers to these two questions largely depend upon whether markets and the public care about the agenda of the CBO.