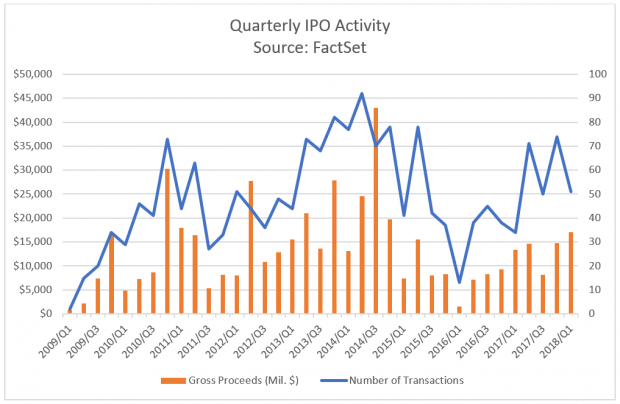 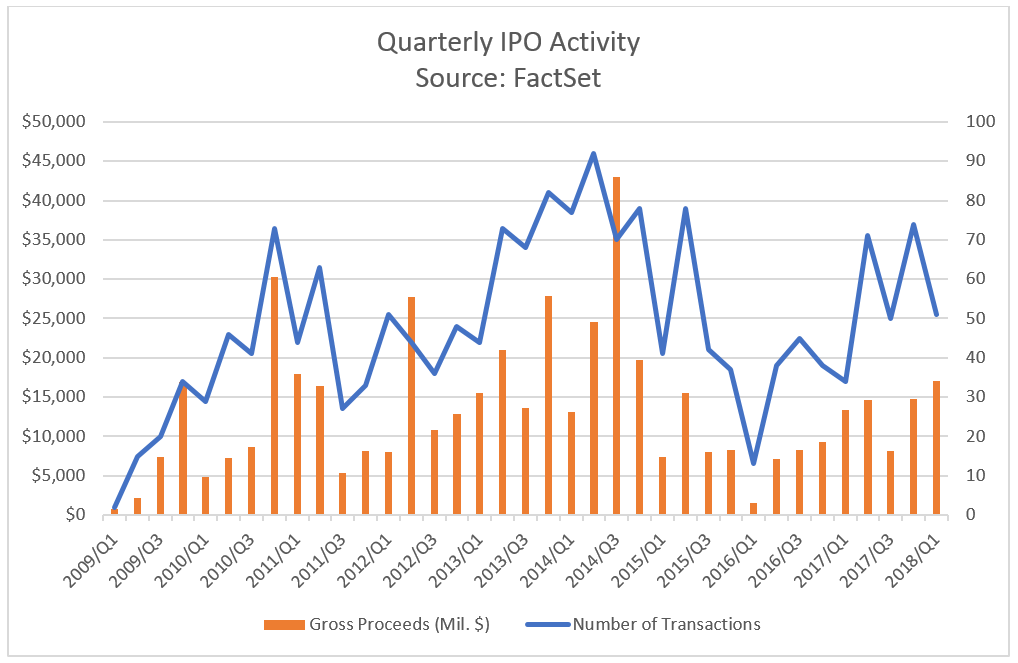 While we saw fewer IPOs in Q1, the offerings raised the most money since Q4 2014, highlighting the fact that the 2017 trend toward larger public offerings is continuing into 2018. In Q1, IPOs with gross proceeds of between $100 and $500 million represented 49% of all IPOs, while 15.7% of IPOs raised more than $500 million, the highest percentage in five years. For the quarter, there were four IPOs that raised more than $1 billion, the highest quarterly number since Q4 2014. To put this in perspective, 2016 and 2017 each saw five IPOs with gross proceeds over $1 billion for the entire year. 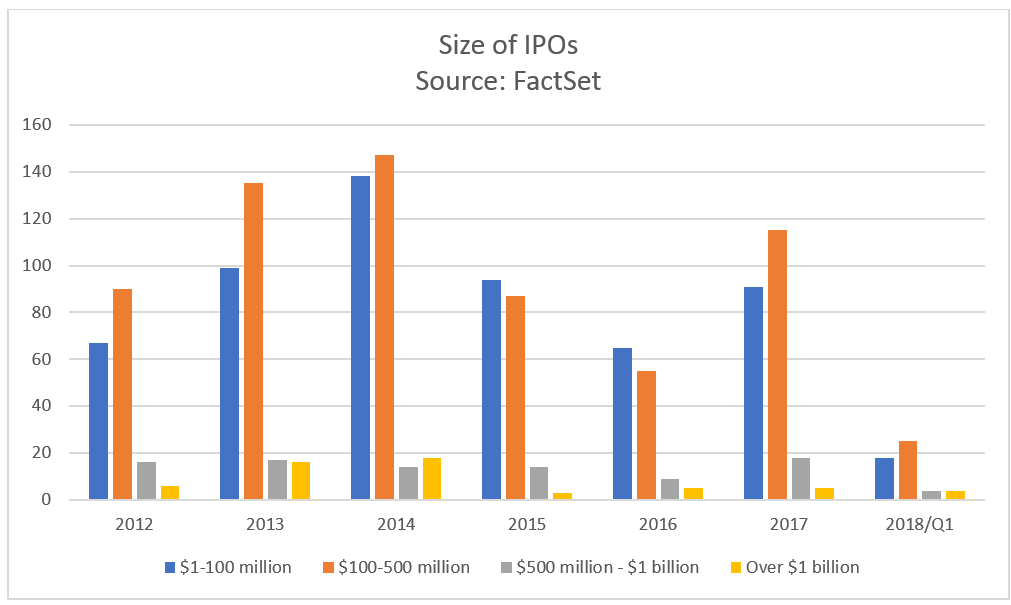 Of the 51 initial public offerings in the first quarter, 13 came from the Health Technology sector, the highest representation of any sector. This was a reversal from the 2017 trend toward the Finance sector, which led all other sectors in IPO volume in every quarter last year. However, the IPOs in Health Technology were smaller than the average for the quarter across all IPOs ($334 million). In Q1 2018, the IPOs in the Health Technology sector each raised less than $150 million, with the sector only seeing total gross proceeds of $1.1 billion.

On the other hand, the Finance sector saw just 10 IPOs in the first quarter, but those offerings raised a total of $3.8 billion. This total included one of the four mega-IPOs for the quarter; the VICI Properties (VICI) IPO priced on January 31 and raised $1.4 billion.

The other mega-IPOs during the quarter boosted the gross proceeds for the Commercial Services and Technology Services sectors. Two IPOs raised over $1 billion in Commercial Services in Q1, propelling this sector ahead of the rest with a total of $4.1 billion raised. Those IPOs were Pagseguro Digital (PAGS) (priced on January 23, raised $2.3 billion), the largest IPO overall for the quarter, and ADT (priced on January 18, raised $1.5 billion). The Technology Services sector saw total gross proceeds of $3.8 billion, led by iQIYI (IQ) (priced March 29, raised $2.3 billion).