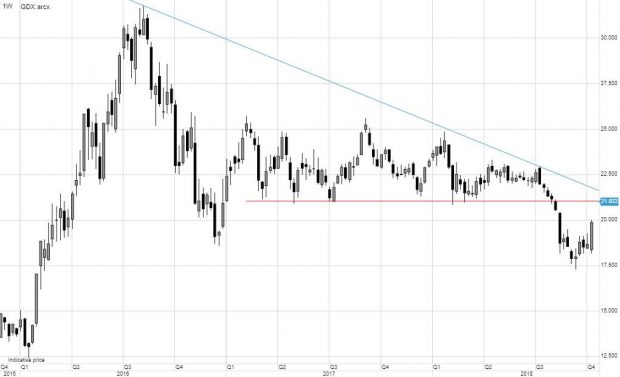 Is All That Glitters Gold?

The correction we experienced last week – wherein $2.6 trillion was lost in the global stock market – was due to the velocity of the rate spike that triggered an emerging market and volatility panic (the volatility index VIX doubled from my call) resulting in our market drop. At first, Gold (GLD) didn’t act as if it would be a safety play but on day two it moved higher.

Since then, I have been ‘collecting’ evidence to support Gold as an investment theme, not just a trade.

First, I had been waiting for “the lurch”… which is my technical term that happens to price after huge volume has entered long and price stops moving down. This is my tell that buyers are finally outflanking (absorbing supply of) the sellers. That was in play the week before our recent sell-off. Then after markets sold off, Gold gained rapidly on Day 2 – more than 3% and by large percentages in individual miners. Since then Gold, Silver, Miners have been consolidating the “lurch”.

A similar trade was the US Dollar trade while it consolidated Jan-April of this year before it “lurched” forward for April-August (16 weeks of gains). Gold looks ready to do the same.

And gold and silver miners appear to be preparing to ‘jump the shark’ – hurdle themselves over the apex of the descending wedge/trendline as shown below (GDX $21-22.50 price range). But as with shark-jumping, there is no try. 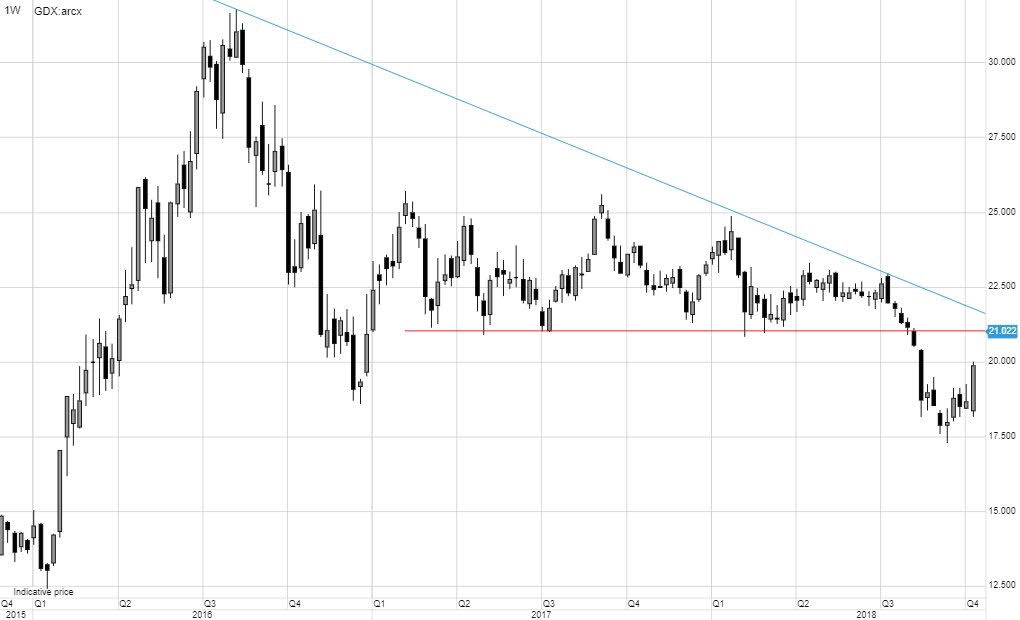 Since 1984, the S&P 500 to gold stocks ratio only reached today’s level once and mining stocks rallied almost 200% for the next seven months. We should be close to an inflection point for historically undervalued gold stocks. @TaviCosta

The decoupling of the gold vs. USDCNH is among the greatest macro developments of late. With Chinese equity markets in free fall it’s becoming increasingly difficult for the PBOC to prevent the yuan from devaluing against both gold and USD.  @TaviCosta