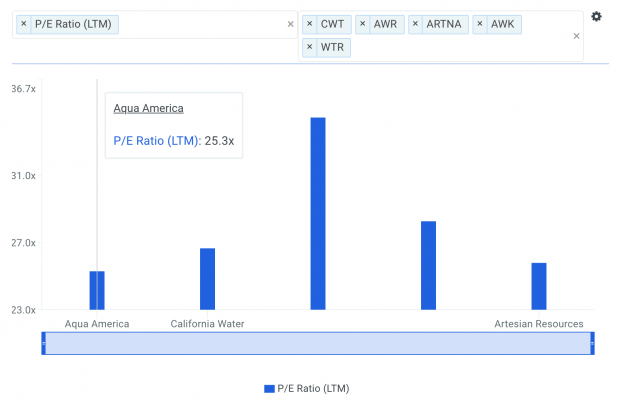 Is Aqua America Inc. A Buy At This P/E Multiple?

Aqua America Inc. (NYSE: WTR) trades at a P/E multiple of 25.3x, which is higher than the Utilities sector median of 20.7x. While this makes WTR appear like a stock to avoid or sell if you own it, you might change your mind after gaining a better understanding of the assumptions behind the P/E ratio. In this article, I will break down what the P/E ratio is, how to interpret it and what to watch out for.

How To Utilize PE Multiples

A Multiples Valuation, also known as a Comparable Companies Analysis, determines the value of a subject company by benchmarking the subject’s financial performance against similar public companies (Peer Group). We can infer if a company is undervalued or overvalued relative to its peers by comparing metrics like growth, profit margin, and valuation multiples.

A P/E Multiple is a valuation ratio that indicates the multiple of earnings investors are willing to pay for one share of a company:

The P/E ratio is not meant to be viewed in isolation and is only useful when comparing it to other similar companies. Since it is expected that similar companies have similar P/E ratios, we can come to some conclusions about the stock if the ratios are different. I compare Aqua America’s P/E multiple to those of California Water Service Group Holding (NYSE: CWT), American Water Works (NYSE: AWK), American States Water Company (NYSE: AWR) and Artesian Resources Corporation (Nasdaq: ARTNA) in the chart below. 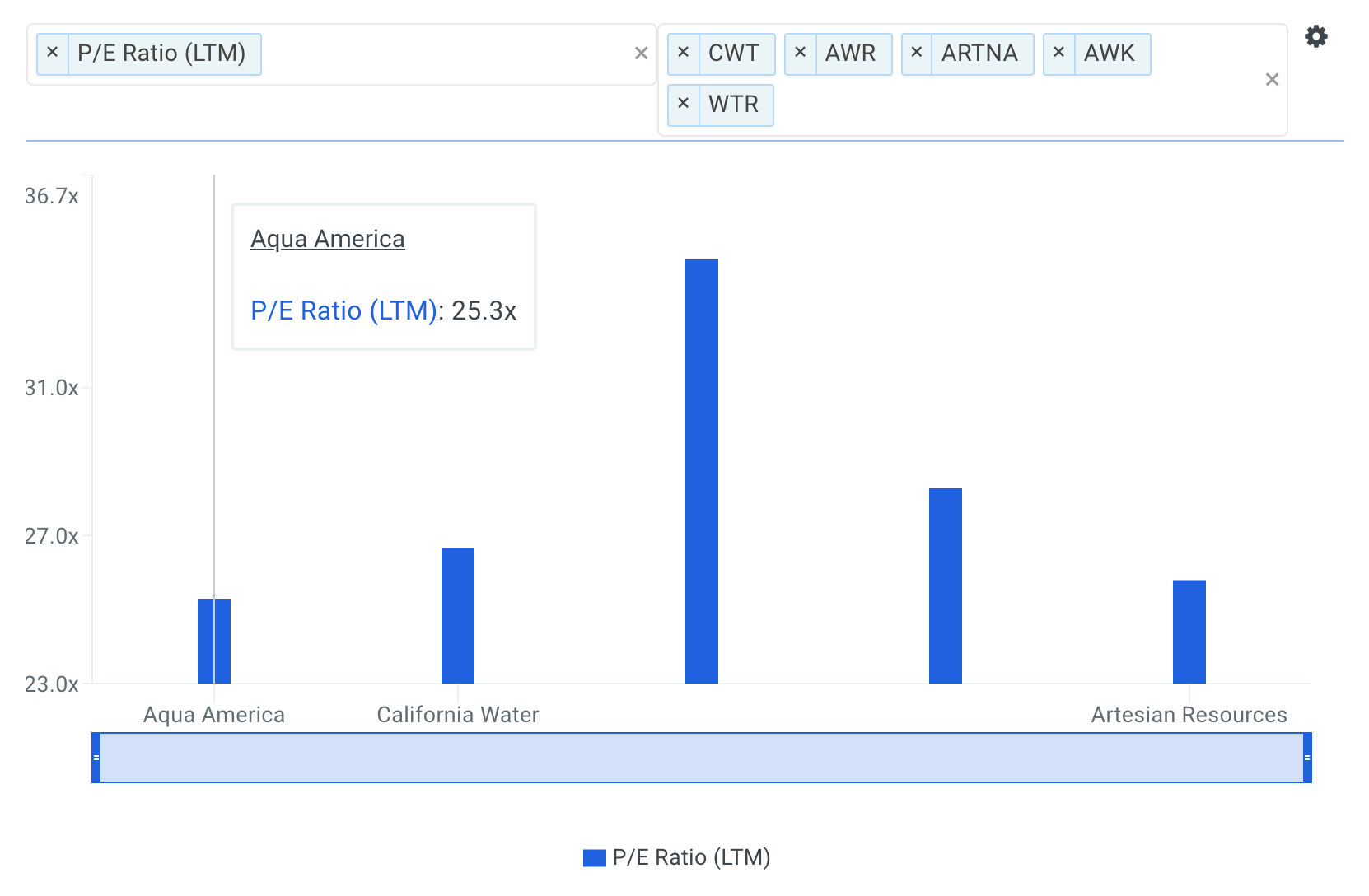 Since Aqua America’s P/E of 25.3x is lower than the median of its peers (27.4x), it means that investors are paying less than they should for each dollar of WTR’s earnings. As such, our analysis shows that WTR represents an undervalued stock. In fact, finbox.io’s P/E Multiple Model calculates a fair value of $37.90 per share which implies 13.5% upside.