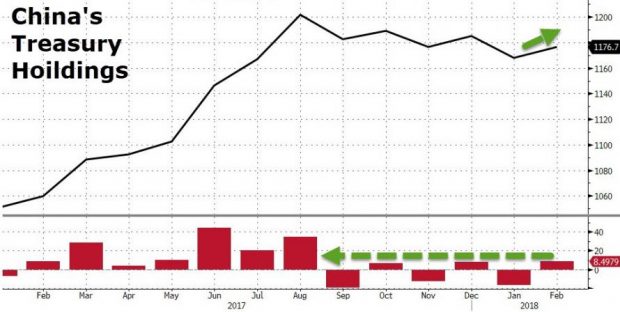 Recent fears, warranted or not about the potential for retaliatory liquidation by China of its US Treasury holdings appear to have been exaggerated because according to the latest TIC data released, the trade-war enemy added $8.5 billion in TSYs in February (the most of any nation and the biggest monthly addition in six months)… 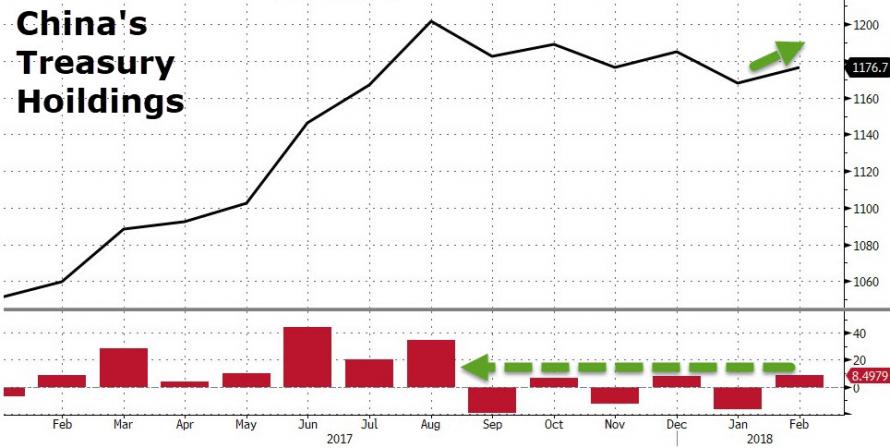 But while China, for now – given the lagged data, is still buying, two other notable nations are selling… significantly.

The second largest foreign US creditor, Japan, that has been liquidating in recent months, and in February, Japan sold $6.3 billion in TSYs (the most of any nation in February), bringing its total to $1,059.5BN, the lowest total since the start of 2012. 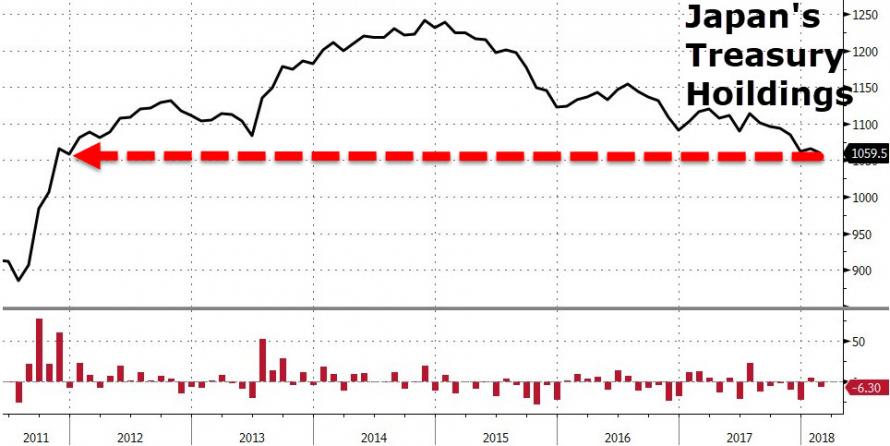 And along with Japan, Russia dumped Treasuries for the 3rd straight month to the lowest in a year… 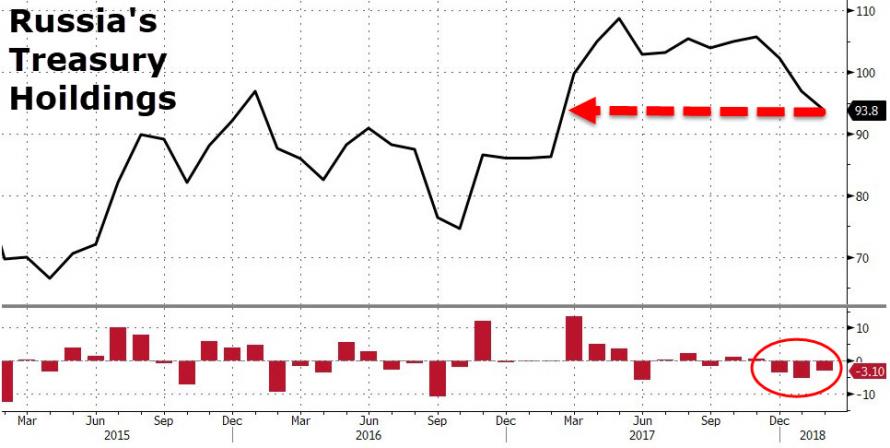 Other notable holders were mixed: 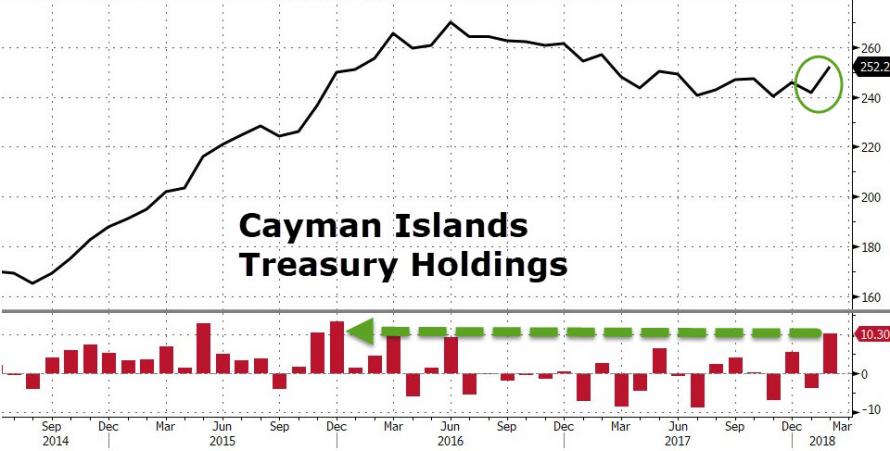 All this Treasury buying (and selling) was during the chaotic swings of February’s fiasco in short-vol trades: recall TIC data is 2 months delayed. But March will likely be the big tell as that’s closer to the beginning of escalating trade war tensions.

Meanwhile, the good news for all these buyers of US debt is that thanks to Trump’s budget, there’s plenty more where that came from.

Looking at the broader universe of all US International capital transactions, in February, foreign public and private entities bought a total of $43.2BN in Treasurys while also buying $11.8BN in Agencies; they also added a modest $4.1 BN in corporate bonds. 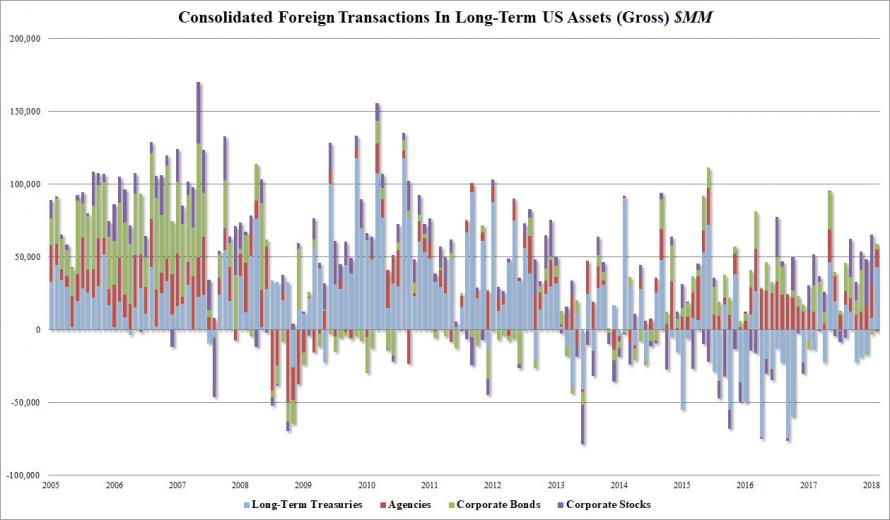 But the biggest surprise – or perhaps not considering what happened in February – is that after buying a near-record $57.9BN in US equities in February, in March, foreigners hit the brakes on further US stock purchases, and actually sold $1.2BN in stocks, the first month of net sales going back to August 2017.