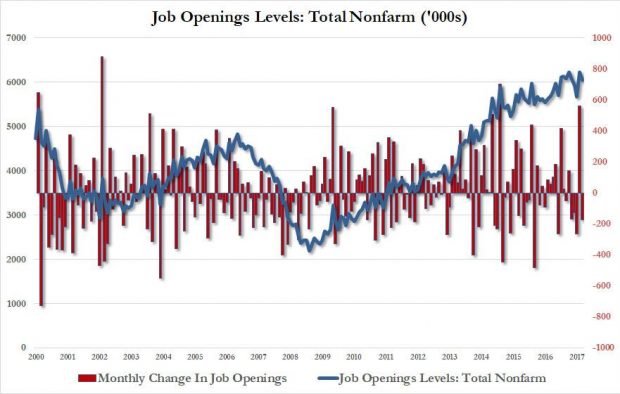 One month after the BLS reported that according to last month’s JOLTS survey, the number of job openings soared from 5.667 million, a six-month low which spooked analysts into wondering if the labor market is peaking, to 6.312 million, a 645,000 monthly increase and the second biggest monthly jump on record, the latest, just released JOLTS report predictably showed a sharp contraction, as the number of job openings dropped from a downward revised 6.228 million to 6.024 million, a drop of 176K, as the series becomes increasingly volatile. 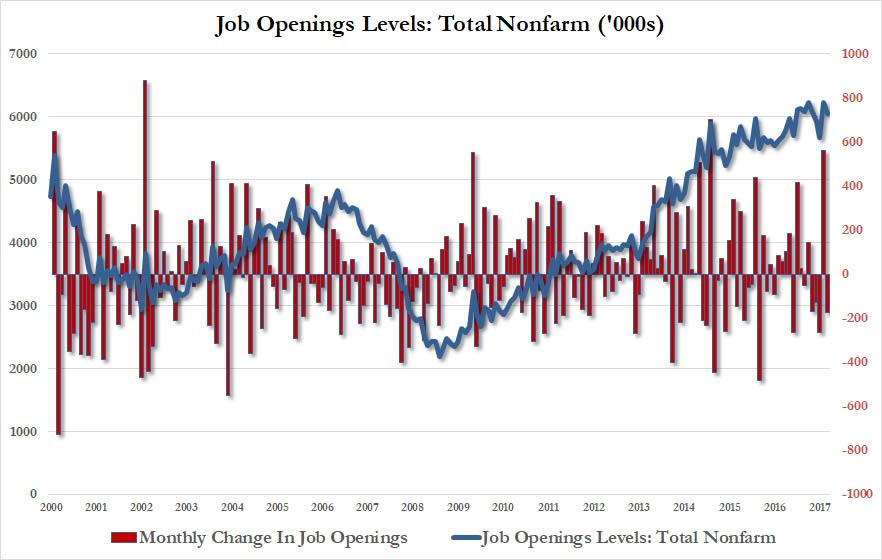 The job openings rate dropped from 4% to 3.9%, while the number of job openings edged down for total
private and was little changed for government. Job openings increased in a handful of industries, including finance and insurance (+69,000) and state and local government education (+31,000); openings decreased in a greater number of industries with the largest decreases being in accommodation and food services (-91,000), construction (-56,000), and wholesale trade (-38,000). The number of job openings decreased most in the West region.

It wasn’t just job openings that dropped: total hires declined as well, sliding from a revised 5.574 million in January to 5.507 million in February, still just shy of the highest print on record which was last October’s 5.609 million.  The
number of hires was little changed for total private and for government. Hires decreased in educational services (-48,000). The number of hires was little changed in all four regions. 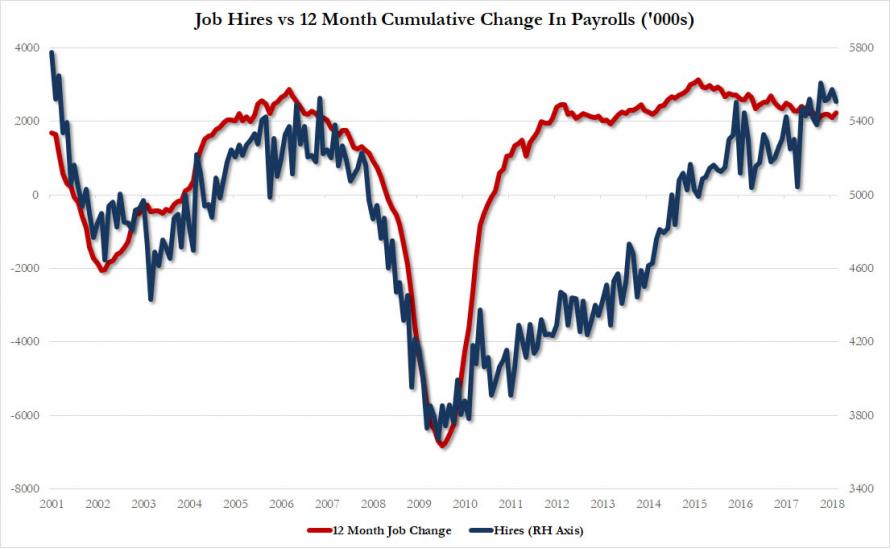 Meanwhile, the other closely watched category, the level of quits – which indicates workers’ confidence they can leverage their existing skills and find a better paying job, also known as the “take this job and shove it” indicator- reversed last month’s decrease and in february rose modestly from 3.191MM to 3.210MM, suggesting workers were feeling just a more less confident about demand for their job skills than the previous month. t. Quits decreased in other services (-41,000). The number of quits was little changed in all four regions