Shares of JPMorgan (JPM) are in focus on Thursday after Chairman and Chief Executive Officer Jamie Dimon released his annual letter to shareholders. In the letter, Dimon said it is “remarkable how well our company has performed” over the last decade and the last year, adding that “Throughout a period of profound political and economic change around the world, our company has been steadfast in our dedication to the clients, communities and countries we serve while earning a fair return for our shareholders.” In the 46-page letter, Dimon touched on issues including the Federal Reserve, Trump Administration and immigration, and said that while the bank prefers buying back its stock at tangible book value, ” we think it makes sense to do so even at or above two times tangible book value for reasons similar to those we’ve expressed in the past.” 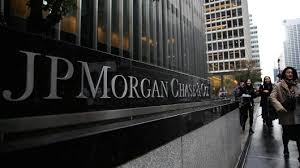 FED COMMENTS: If inflation and wages grow at a faster rate than currently anticipated, “We have to deal with the possibility that at one point, the Federal Reserve and other central banks may have to take more drastic action than they currently anticipate… reacting to markets, not guiding the markets,” Dimon wrote. He added, “I believe that many people underestimate the possibility of higher inflation and wages, which means they might be underestimating the chance that the Federal Reserve may have to raise rates faster than we all think. While in the past, interest rates have been lower and for longer than people expected, they may go higher and faster than people expect.” Additionally, he said that “we could be going into a situation where the Fed will have to raise rates faster and/or sell more securities, which certainly could lead to more uncertainty and market volatility,” and said that “Whether this would lead to a recession or not, we don’t know — but even that is not the worst case.” “The biggest negative effect of volatile markets is that it can create market panic, which could start to slow the growth of the real economy,” Dimon wrote.