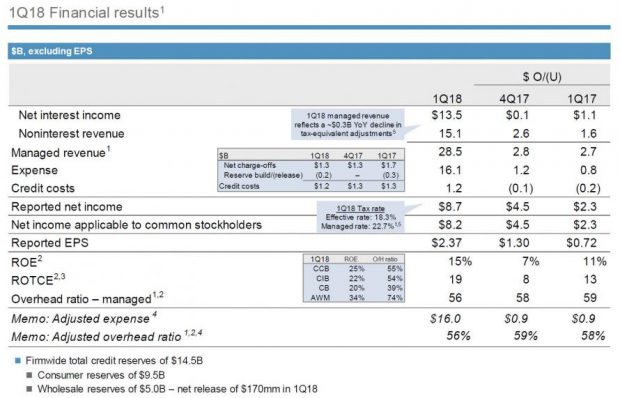 Unofficially launching the Q1 earnings season (technically PNC was first), moments ago JPMorgan reported Q1 earnings which beat on both the top and bottom line, with revenue of $28.5BN above the $27.68BN consensus est (and above the highest sellside estimate of $28.23BN), generating EPS of $2.37, also beating expectations of a $2.28 print.

The key at the summary level, however, is that JPM’s income tax expense decreased by approximately $240 million despite a $2.0 billion increase in pre-tax income, reflecting the lower income tax rate as a result of the enactment of the Tax Cuts & Jobs Act i.e. Trump tax reforms. 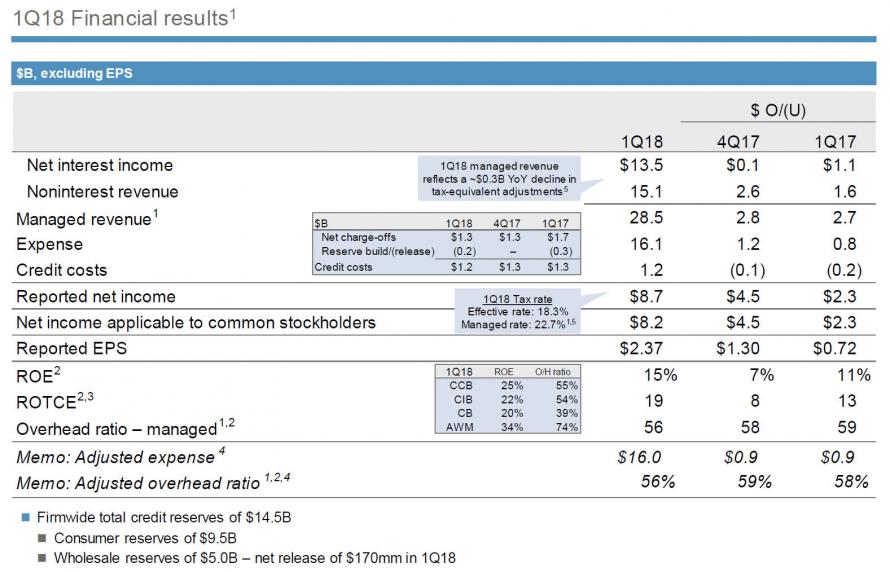 Broken down by business segment, JPM reported the following revenue:

At the same time, charge-offs climbed by $100 million to $1.3 billion in the quarter, mostly driven by an increase in souring credit card loans, which jumped 18% Y/Y from $993MM to $1.170BN. As a result, the charge-off rate in card rose to 3.32%. As Bloomberg notes, the bank had said the charge-off rate for the year in cards would be 2.95%, so analysts might have some questions about whether that target will need to come up based on these numbers. 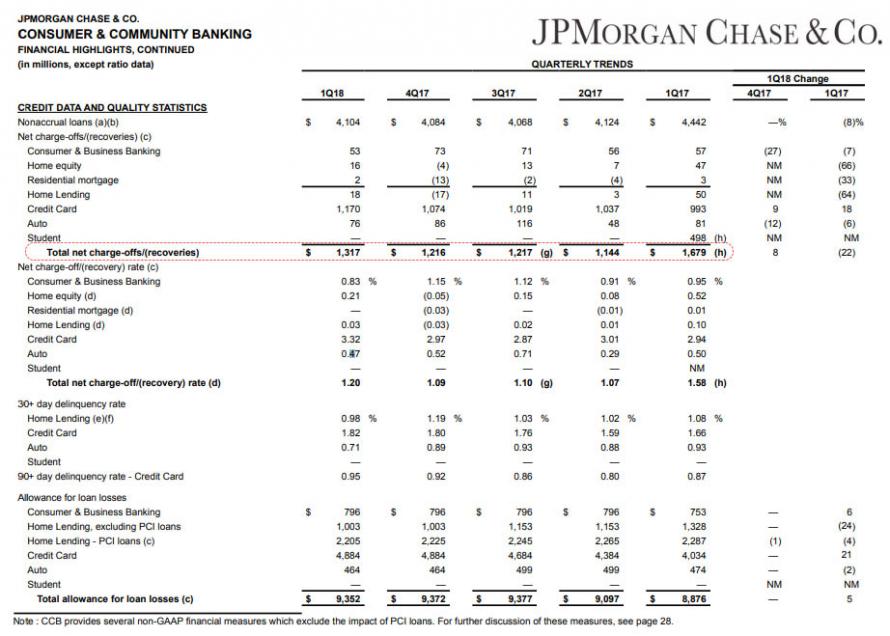 As JPM confirmed, the consumer provision reflected higher net charge-offs in Card in the current quarter. The prior year included a write-down of the student loan portfolio which was sold in 2017. In  Wholesale, the provision for credit losses was a benefit, reflecting net reserve releases of $170 million in the current quarter, “driven by a reserve release in the Oil & Gas portfolio related to a single name.”