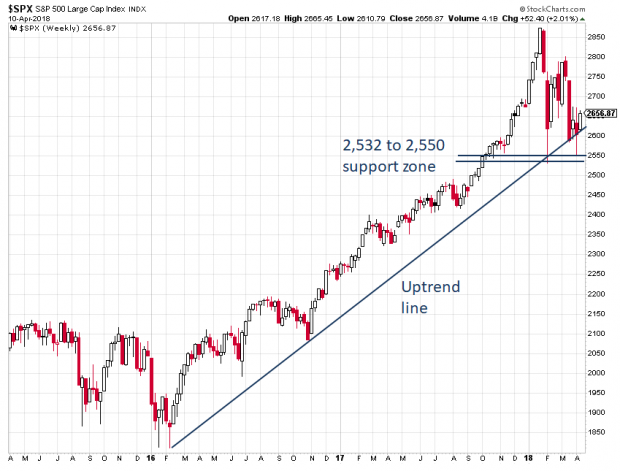 Key Levels To Watch In The U.S. Stock Market

The stock market volatility over the past several months has everyone scratching their heads while trying to figure out the next major move. Though I still believe that the U.S. stock market is experiencing an unsustainable debt-fueled bubble that will end in a much more powerful bearish move than we’ve experienced this year, I still watch and respect the major trends to avoid fighting the market. In this piece, I will show the major U.S. stock indices and their key levels I believe everyone should keep an eye on.

Despite all of the recent volatility and worrisome headlines, the SP 500 still has not broken its uptrend line that started in early-2016, which means that the uptrend is still intact – at least for now. In addition, the index is still above its 2,532 to 2,550 support zone that was formed by the panic lows in February and early-April. If the uptrend line and the support zone is broken in a convincing manner in the weeks or months to come, it would be a concerning development, but that simply hasn’t happened yet. 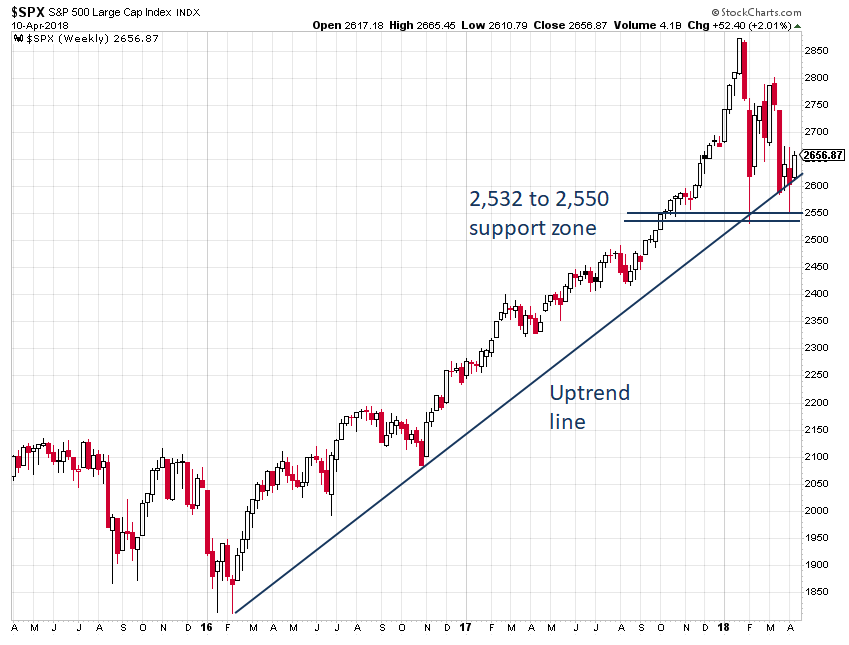 Though much of the latest market volatility and fear has been focused on the tech sector, the tech-centric Nasdaq Composite Index still hasn’t broken its uptrend line that started in 2016. In addition to the uptrend line, it is important to watch the 6,630 to 6,800 support zone that was formed during the panic sell-offs of the past few months. If the uptrend line and support zone is broken in the future, it would give a bearish confirmation signal. 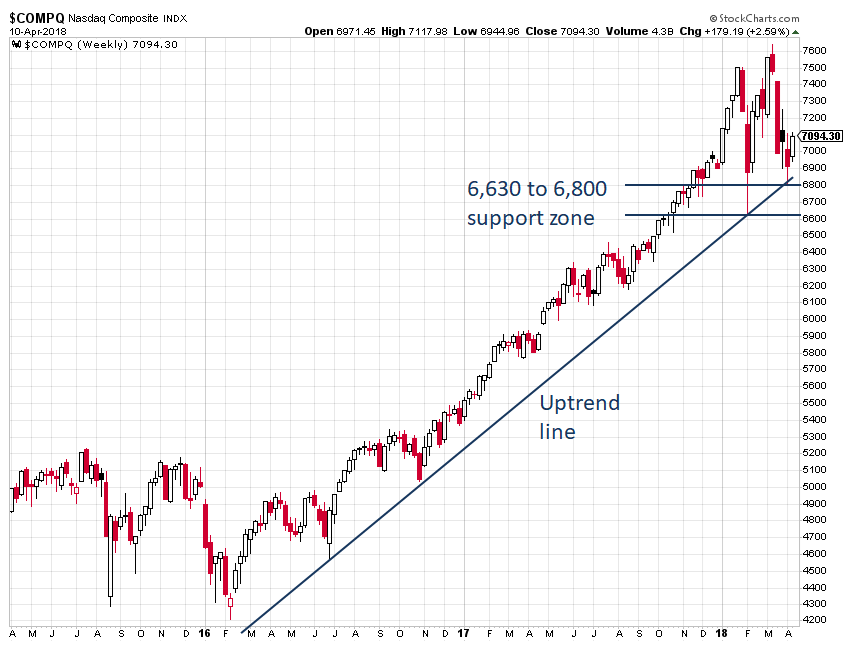 Like the SP500 and Nasdaq Composite Index, the small-cap Russell 2000 is still in a confirmed uptrend because it hasn’t broken its two-year-old bullish channel pattern. If this is eventually broken, it would signify a major change of trend. 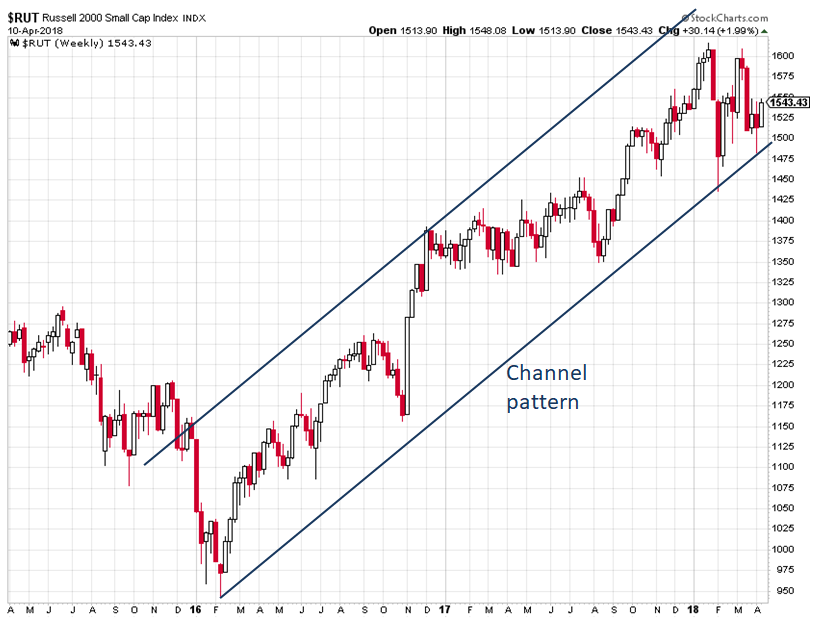 Simple trend analyses like the one in this piece help to put confusing financial market cross-currents into perspective. For now, I don’t believe it is time to panic (as a tactical investor or trader). Of course, I am worried about the longer-term picture, but I’m still not seeing major chart damage. As usual, I will keep everyone updated if there is a major new development or change of trend.