Lennar Corporation (LEN) announced its Q1 earnings on Wednesday. Shares of the company went on to gain more than $9, or 5% after it posted a revenue of $2.98 billion, representing an increase of 28%. The results were above the $2.65 billion figure that analysts had been expecting.

The company said it made more sales of luxury homes, which indicated increased demand ahead of the upcoming spring selling season. The homebuilder’s stock price broke the $60 mark during Wednesday’s early morning session on the NYSE to exchange hands at $60.80. 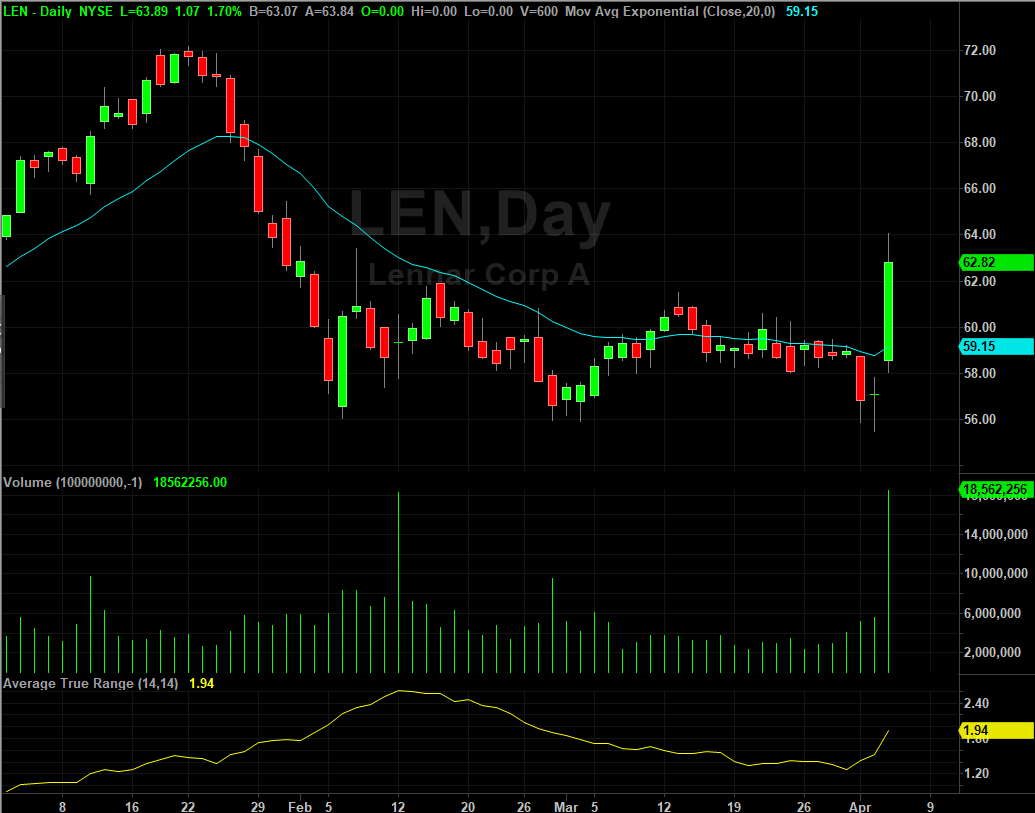 The company’s net income for the first-quarter was 53 cents a share, or $136.2 million. Adjusted for costs associated with acquisitions and mergers, as well as pretax expenses, the home builder’s outcome was $1.11 a share. Analysts had been expecting an outcome of $0.92 per share from the company during the quarter.

On Wednesday, LEN Chief Executive Officer Stuart Miller issued a positive projection for the company in the near future. Miller said that Lennar remained excited about its current results and future projections. He said that during Q1 of 2018, deliveries and new home orders were 9,994 and 10,910 respectively beating both the company and analysts’ expectations. The CEO ended by saying that LEN will continue to remain optimistic on the general outlook of the housing industry as the year progresses.