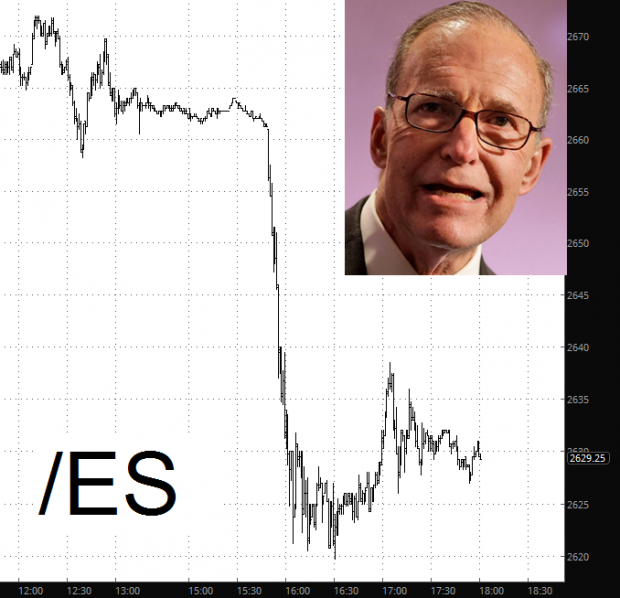 They say not to judge a book by its cover. I’m sure my mother must have told me this as a child. And yet I’ve ignored this advice all my life.

So, shame on me, Mr. Judge-not-lest-you-be-judged failure, for ignoring my kindly mother’s advice. And I offer yet another judgment of someone I’ve never met, I don’t know, and I know very little about. Larry Kudlow. At a glance, I concluded this guy was a complete and utter dork.

He’s been particularly annoying to me lately, because he’s been desperately trying to talk up the stock market, since his new boss, one Mr. Donald Trump, has been throwing hand grenades at China and starting an unprecedented trade war.

Larry’s words worked….…….until this evening. All it took was the suggestion from Trump that he wants the Treasury to explore yet another $100 billion (yes, with a “B”) in tariffs with our overseas manufacturing facility known as The People’s Republic of China. The reaction was swift. 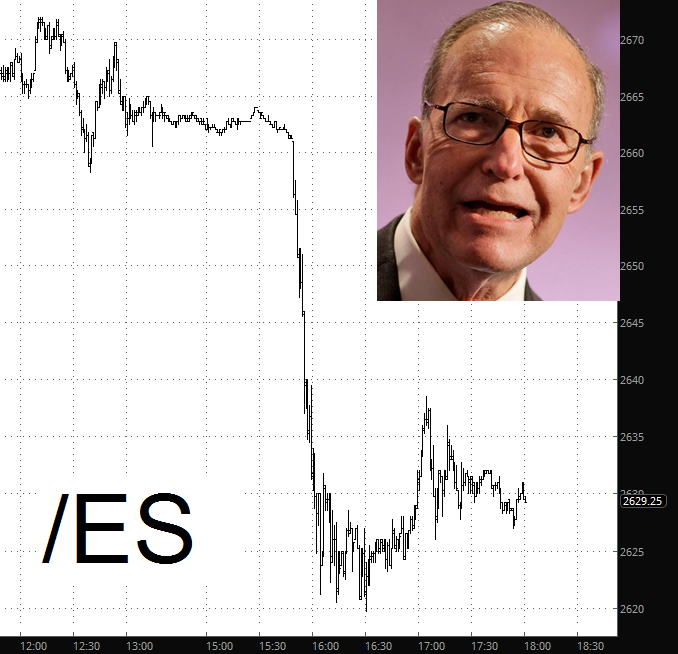 I’m kind of pissed off because, as is so often the case during this horrible run-ups (1000 Dow points just recently), I’ve lightened up and lightened up and am thus not in as strong a position as I’d like to be, bear-wise. I still have 45 shorts and am 150% short, but obviously I’d prefer to be 270% short, which is kind of my “max”.

Oh, well. Who knows what the unemployment report will do in the morning (with my luck, probably spike futures down even harder, now that I’m relatively “light”). But at least investors have learned the lesson…………it doesn’t really matter what Sir Dorkalot is saying about how there is no trade war, or how they’re just tossing around ideas. All that matters is what his boss says and does.

And, at the moment, I gotta say I really like it. Have every country declare a 2000% tariff on any products made outside their borders, and we can really get this party started.