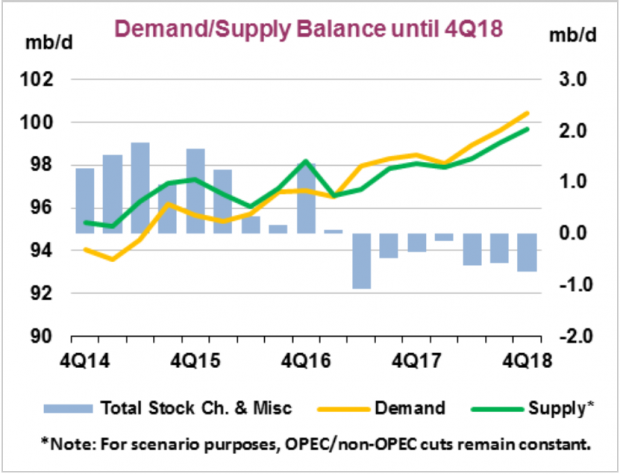 OPEC embarked upon a disastrous strategy in 2014 when it decided to defend market share against U.S. shale oil producers, but its new strategy is having the desired effect on the oil markets.

In late 2016 OPEC engineered significant oil production cuts in order to address an oversupplied oil market. Global crude oil inventories had reached record highs, and the price of oil had crashed following a disastrous decision by the cartel in 2014 to defend market share.

In contrast to the 2014 decision, this time OPEC’s strategy is having the desired effect. Over the past year, despite strong U.S. shale production growth, global inventories have steadily declined. According to the latest Oil Market Report from the International Energy Agency, supply is expected to lag demand for the rest of 2018, further depleting inventories: 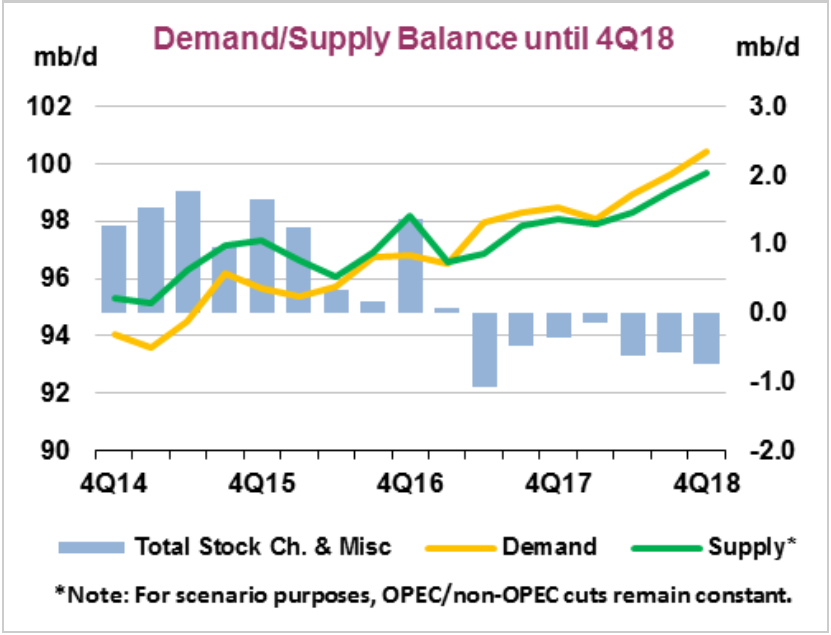 In response to declining inventories, global oil prices have steadily increased, breaking through three-year highs last week and again this week. West Texas Intermediate closed last week above $67/bbl, while Brent closed above $72/bbl. These prices are approximately 50% higher than they were last August.

The latest bullish news for oil prices was a weekly report from the Energy Information Administration (EIA) showing another 1.1 million barrel drop in U.S. crude oil inventories. This now moves crude oil inventories down into the lower half of the range for this time of year.

Meanwhile, last week last week Bloomberg reported that Saudi Arabia (OPEC’s leading producer) has its sights set on a target of $80/bbl. This week Reuters reported that the target could be as high as $100/bbl.