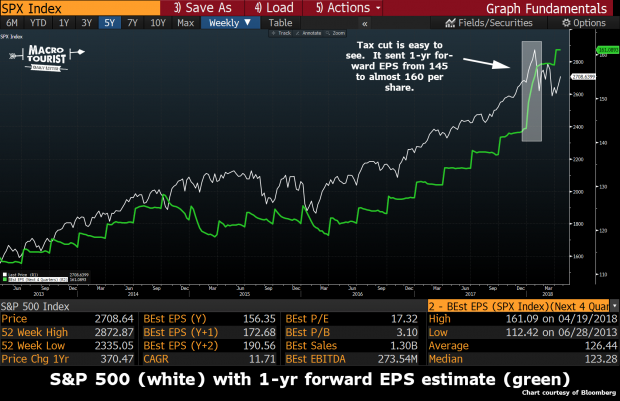 We all know the story. America’s corporate tax rate was uncompetitive and created distortions in the economy that prevented companies from investing in the U.S. The Tax Cuts and Jobs Act of 2017 was designed to level the playing field and in the process, create all sorts of high-paying jobs. The Federal corporate tax rate was slashed from 35% to 21%.

There can be no doubt the effects were immediately felt in the corporate sector. 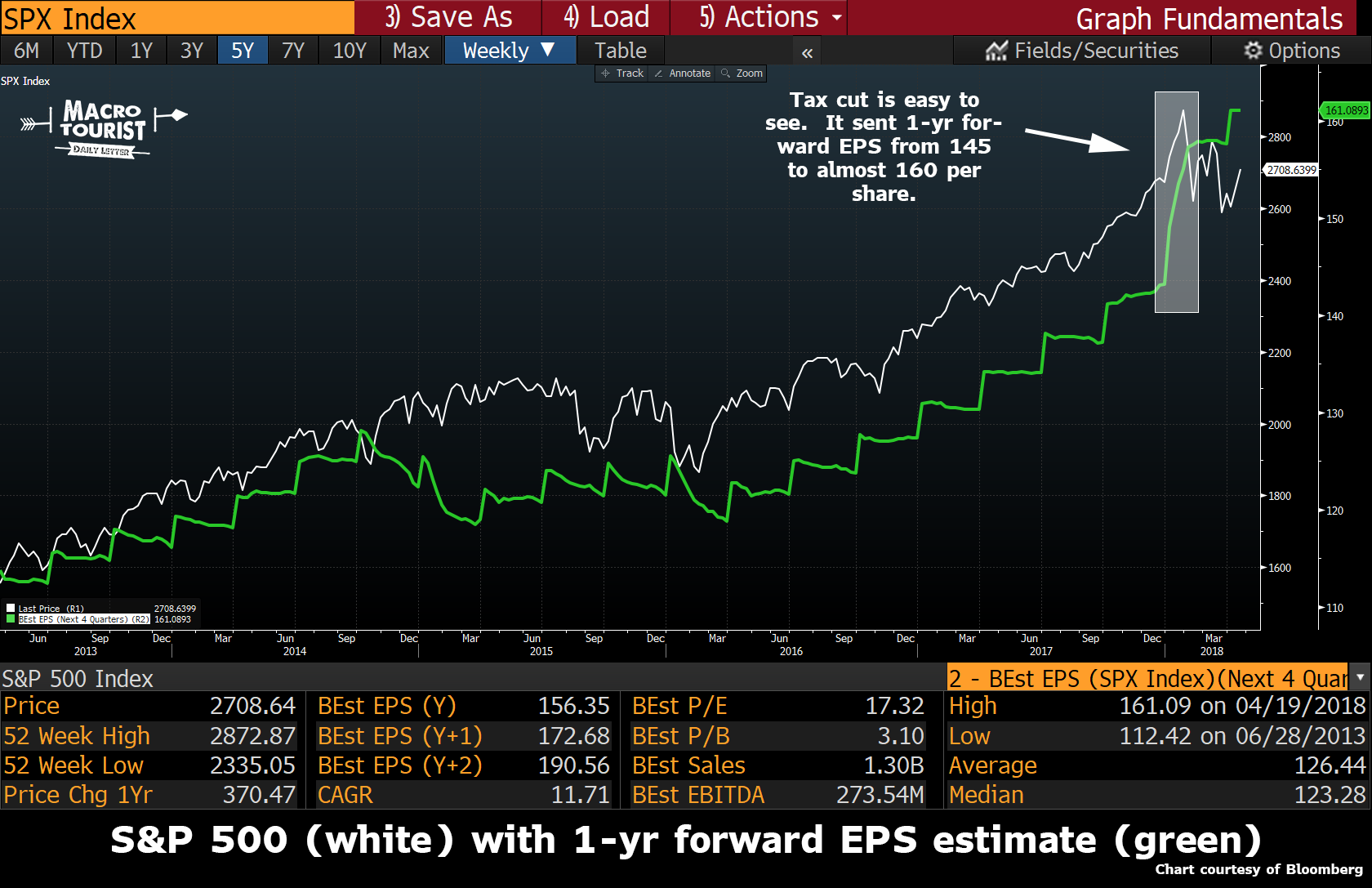 Stock market traders especially fell all over themselves with jubilation about the tax cuts. No one wanted to write any pink tickets before year-end. And even when the calendar year turned over, the wall of buying just kept coming. January turned into an absurd food fight as investors chased stocks higher and higher. Earnings had just been given a huge adrenaline shot in the arm and the rush to buy stocks overwhelmed any sense of caution.

Over the past couple of months, stocks have been slipping. But what caused the euphoria to break? 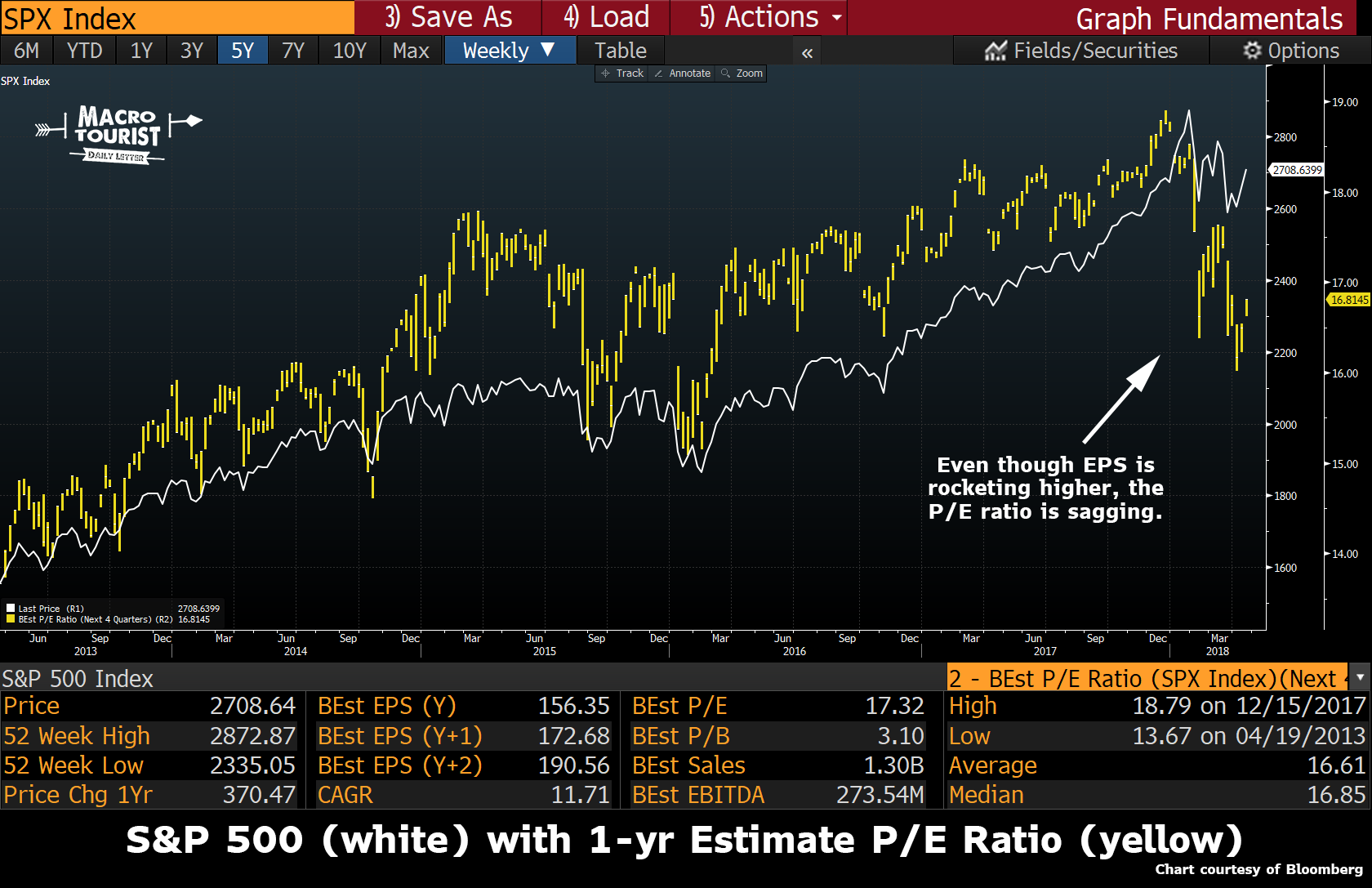 Even though earnings estimates are still ratcheting higher, the price-to-earnings multiple has been sinking. The 1-yr forward P/E multiple was almost 19 in the days before the tax cut announcement. That same measure is now sitting below 17.

Investors are now taking sober second-looks and re-examining the appropriate multiple to pay for post tax-cut earnings. We are now almost 9 years into this economic expansion. This cycle is getting long in the tooth. It’s probably not the time to forecast aggressive future growth and pay peak multiples for stocks.

The economic bulls will claim the tax cuts will keep this economic upswing fueled for a while yet. And maybe they are right. Who knows? Yet, I think they might be making a mistake about the tax cut effects.