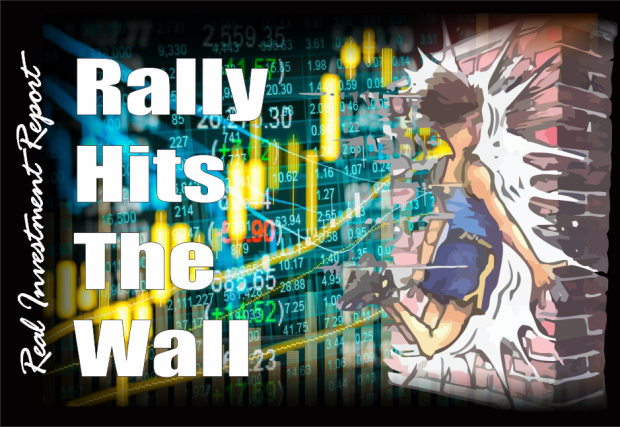 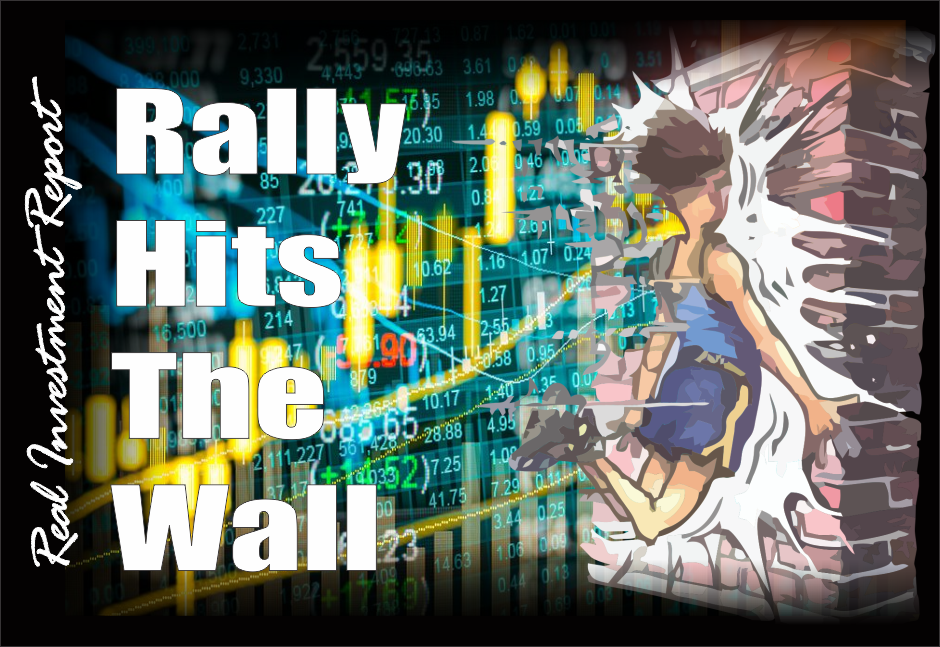 This week is a review of where we have been and a look forward as to what may happen next.

First, let’s rewind the tape to the beginning of March.

“Most importantly, the market is currently in the process of building a consolidation pattern as shown by the ‘red’ triangle below. Whichever direction the market breaks out from this consolidation will dictate the direction of the next intermediate-term move.” 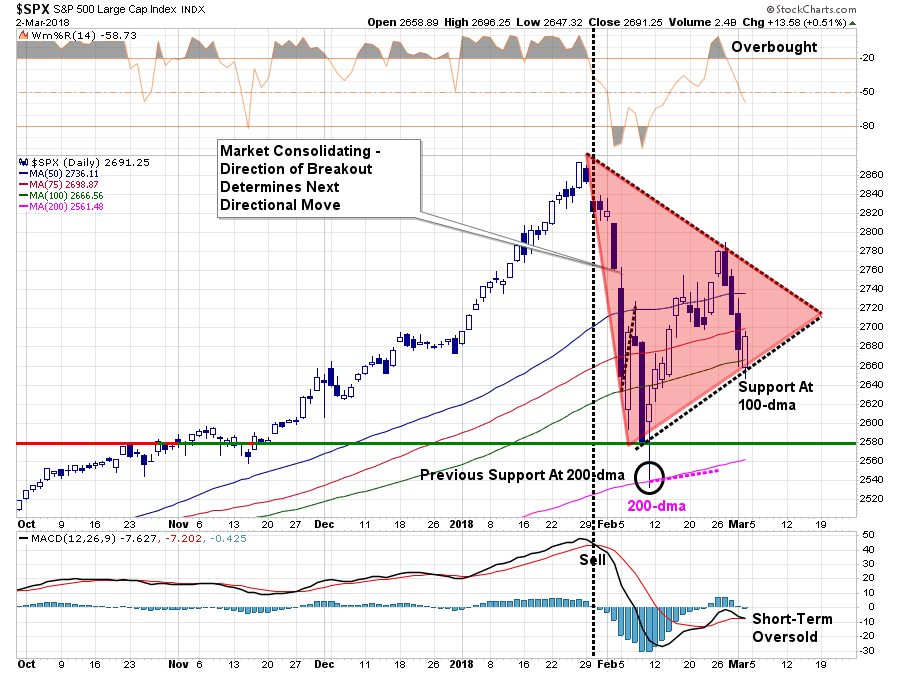 “Turning points in the market, if this is one, are extremely difficult to navigate. They are also the juncture where the most investing mistakes are made.”

The market did indeed fail to breakout and on March 23, as the market first tested the 200-dma for the first time, we laid out the three possible pathways for the market.

In last weekend’s missive, as the rally approached the 100-dma, we recommended that investors use the rally to take action and rebalance risk in portfolios. We also discussed the benefits of holding extra cash.

That advice turned out to be warranted (a lucky guess) as the market not only failed at resistance, but has now established a third lower top. That failure also pulls the current downtrend line lower as shown in the chart below. This development should not be lightly dismissed. 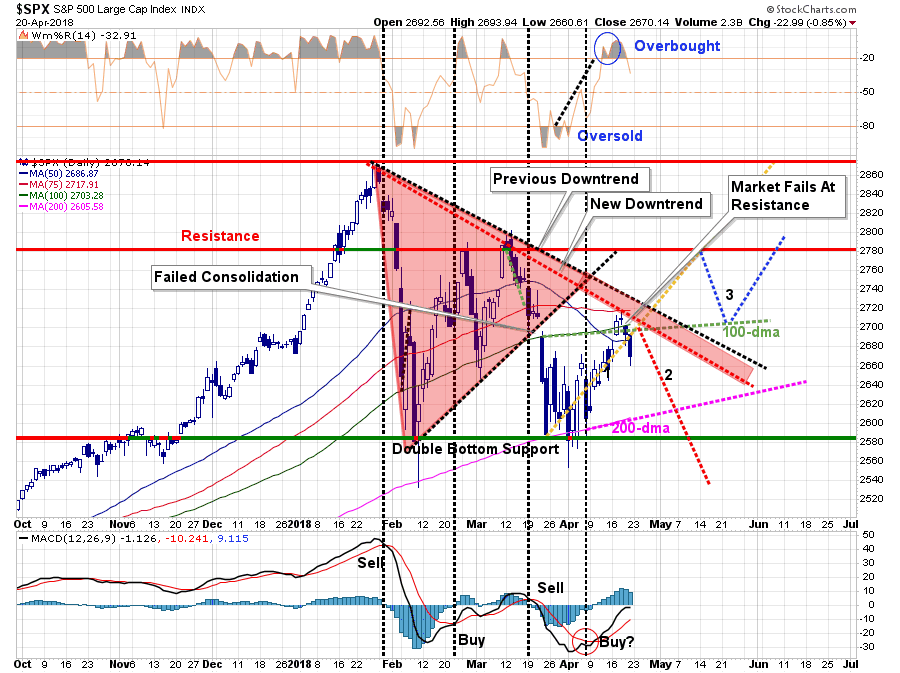 This week, we are continuing to carry an overweight position in cash. However, we are monitoring the possible actions heading into next week:

However, that brings me to the next point.

It was interesting to note last week the number of emails I received, as the market rallied higher, all asking one primary question:

“Is the bear market over?”

The question is interesting from a couple of perspectives.

First, the recent downward slide in markets was only a “correction” and not a “bear market“, both in terms of the percentage decline as well as the lack of reversion in investor psychology.

If the recent decline had been a “bear market”, the primary question would be “should I sell now,” rather than “should I buy?” What the recent correction failed to do was instill any significant level of “real fear” back into the market. High yield spreads remain compressed, the rise in the volatility index was quickly reversed, and investor attitudes were not changed from “greed” to “fear.”

However, while the market rallied nicely early last week, as noted above, the rally has yet to reverse the current negative trend in the market. This was also noted by Phil’s Stock World earlier this week: