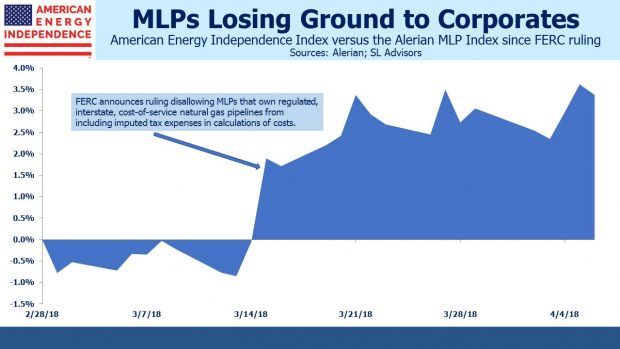 Reaction To ‘The Alerian Problem’

Last week’s blog, The Alerian Problem, drew a bigger than average response. It led to a useful dialogue with sell-side analysts and investors.

The shift from MLP to corporate ownership of energy infrastructure is becoming widely acknowledged. Since the FERC announcement in early March disallowing MLPs from including imputed tax expense in setting certain tariffs, corporates have handily outperformed MLPs. Although the near-term impact is likely minimal, the ruling will eventually impact some liquids pipelines as well as natural gas. It does seem likely to limit dropdowns of eligible assets from corporate owners to their MLP as well as hasten conversions to corporate ownership. 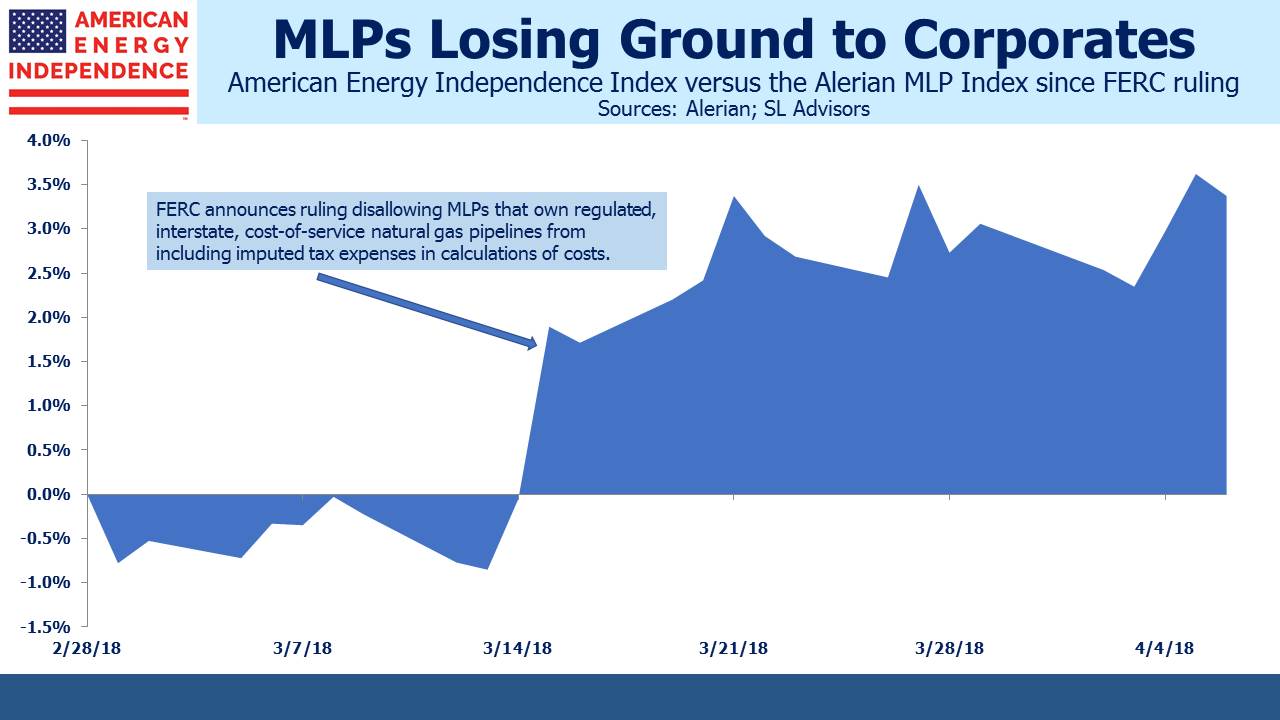 One analyst we’ve spoken to wrote of, “…strong evidence of the potential catalytic response available to partnerships that could convert…” from MLP to corporate ownership, citing the jump in Viper Energy Partners (VNOM) and Tallgrass (TEGP, TEP) since each abandoned the MLP structure.

The Alerian Problem, which specifically asks what MLP-dedicated mutual funds and ETFs will do as their index shrinks, has no easy answers. Weak relative MLP performance will not help flows which have in any case been flat for such funds, and redemptions will continue to weigh on prices, encouraging additional MLP->Corporate conversions.

Therefore, such funds will be left with a choice between picking amongst a shrinking pool of names, or the nuclear option of switching indices since they’d then dump their MLPs. It’s probably best not to be the last tax-burdened MLP fund to make such a switch, nor the last fund investor to redeem from such a prospect.