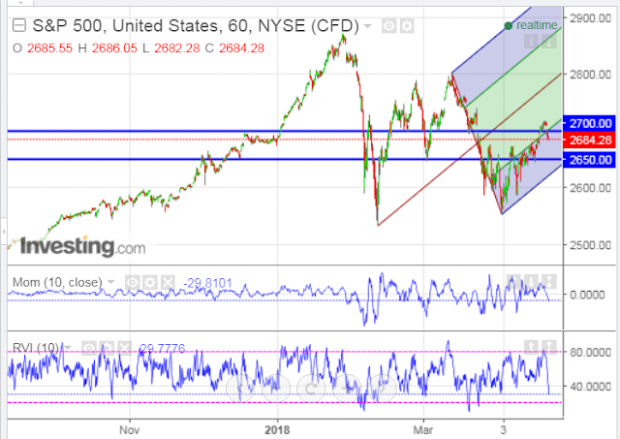 The following 60 minute chart of the S&P 500 Index (SPX) shows intraday support and resistance levels at 2650 and 2700, respectively.

The momentum and relative volatility index technical indicators have plunged on today’s action, so far (as at 1:15 pm ET, Thursday April 19), and price has fallen back into the lower 1/4 of the uptrending Andrew’s Pitchfork channel…all of which are suggesting that the latest attempted rally that began on April 2 is pretty weak, but the pullbacks that have occurred since then have been tight and shallow.

However, the level of volatility and momentum in today’s intraday action may indicate that this may end soon and that today will mark a pivot point of some kind. Either we’ll see price break free of this tight trading action and spike to 2700, or we’ll see price plunge down to 2650, with a continued breakout in either direction.

We’ll see what happens by the end of the week. 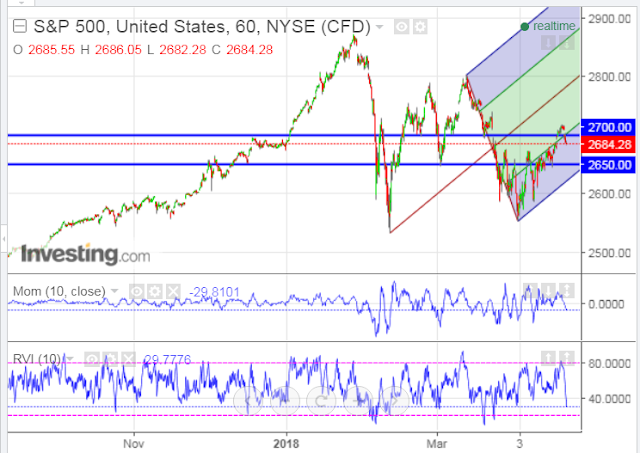