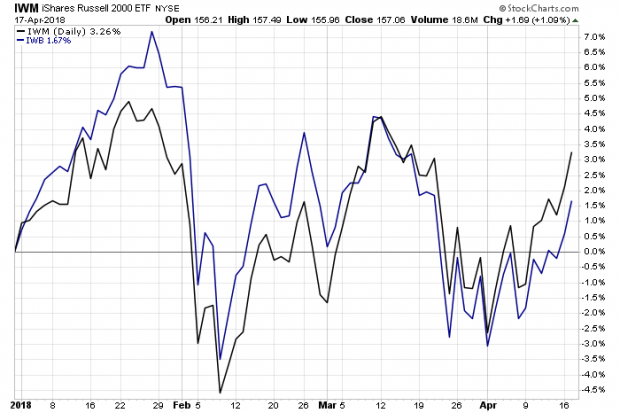 It’s been a volatile year so far for stocks, but two big-picture trends are clear in 2018 for two widely followed subsets of the broad market. First, small-cap shares are enjoying a solid run over large caps. Value stocks, by contrast, continue to suffer vs. shares of growth companies, based on year-to-date performances via a set of exchange-traded funds.

Let’s start with small-cap firms, which have rallied 3.3% so far this year, based on iShares Russell 2000 (IWM) through yesterday’s close (April 17). That’s nearly twice as strong as the 1.7% year-to-date gain for the large-cap-focused iShares Russell 1000 (IWB). One reason for caution, however: virtually all of the small-cap ETF’s performance edge so far in 2018 is due to a rebound this month from the recent low. It’ll be interesting to see if small caps can hold their edge in the weeks and months ahead. 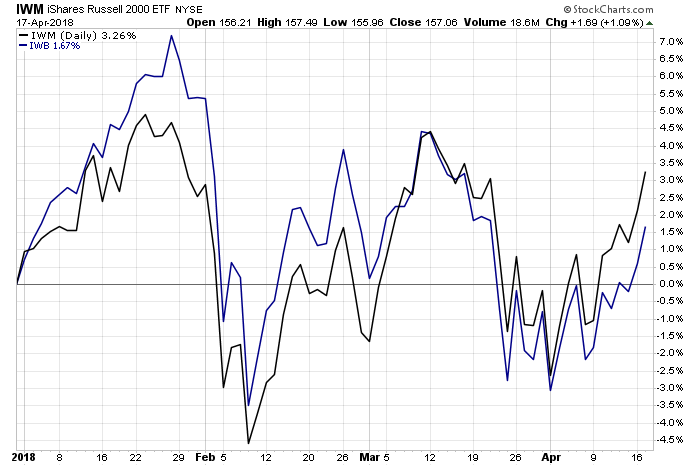 Meanwhile, value stocks are in the red in 2018 while growth shares have rallied, based on a pair of proxy ETFs in the large-cap space. The iShares Russell 1000 Growth (IWF) is ahead by a strong 4.3% so far this year through Tuesday’s close. By comparison, iShares Russell 1000 Value (IWD) is in the hole by 1.2% on a year-to-date basis. 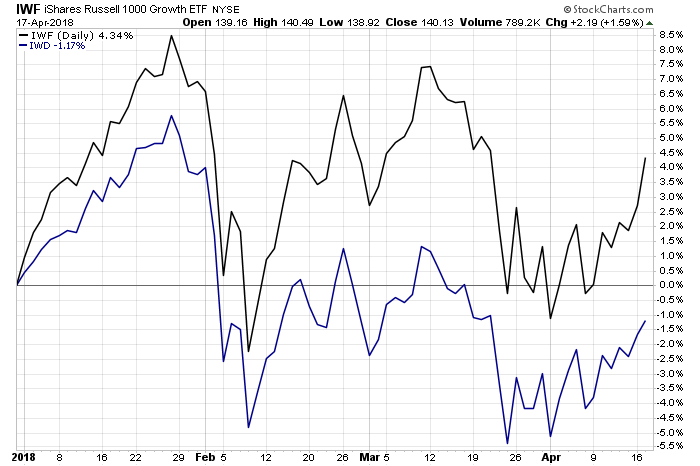 The recent strength in small caps inspires some analysts to forecast a bull run for these stocks. Optimists point to the trailing one-year period, for example, noting that iShares Russell 2000 (IWM) and iShares Russell 1000 (IWB) post similar gains in the 17%-plus range. This year’s firmer run for small caps suggests that this corner of the equity market is accelerating and will post an edge over large caps going forward.

By contrast, the outlook for value stocks remains challenged. The relative performance for value shares vs. growth has been on the defensive since the last recession (see chart below) and recent history offers little reason to think that a change in the trend is near. In the long run, value investing has generated a solid premium over growth. But 2018’s results to date imply that value’s weak run will continue for the foreseeable future.