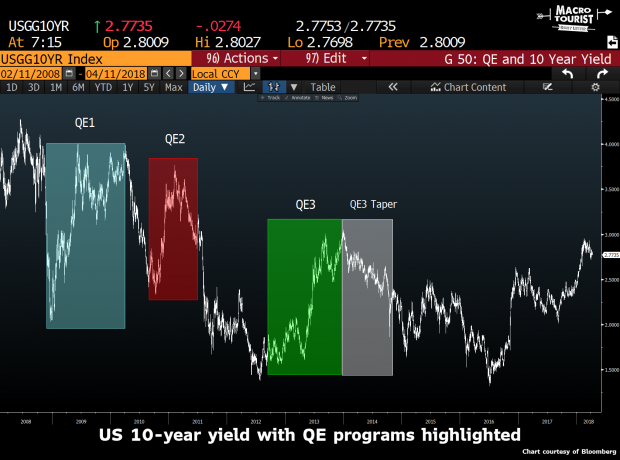 Sold To You Jamie

JP Morgan’s CEO Jamie Dimon has released his annual letter to shareholders. It’s actually interesting reading, and although at 45 pages it’s a little long, it’s probably worth a quick peruse.

But there are a couple of parts where I have to take issue with Jamie. From Yahoo finance:

Dimon said it would be reasonable to expect a 10-year Treasury note yield of 4 percent with normal growth and inflation approaching 2 percent. The fact that the 10-year is trading closer to 3 percent is probably due to continued large purchases of Treasury bonds by the Fed, which are going to taper off.

If inflation and wages grow at a faster rate than currently anticipated, “the Federal Reserve and other central banks may have to take more drastic action than they currently anticipate … reacting to markets, not guiding the markets,” Jamie Dimon said in his annual letter to the bank’s shareholders.

Let’s start with the first one. The 10-year is not trading at closer to 3 percent because of the “continue large purchase of Treasury bonds by the Fed.”

Dimon mistakenly falls into the common trap of believing that when the Federal Reserve buys bonds, it causes the price of the bonds to rise. Quantitative easing is inflationary, and should be a long-bong investor’s worst nightmare. Therefore, if the Federal Reserve is expanding their balance sheet through bond purchases, you would expect investors to adjust by selling long-dated bonds. Which is exactly what happened during all the US quantitative easing programs. 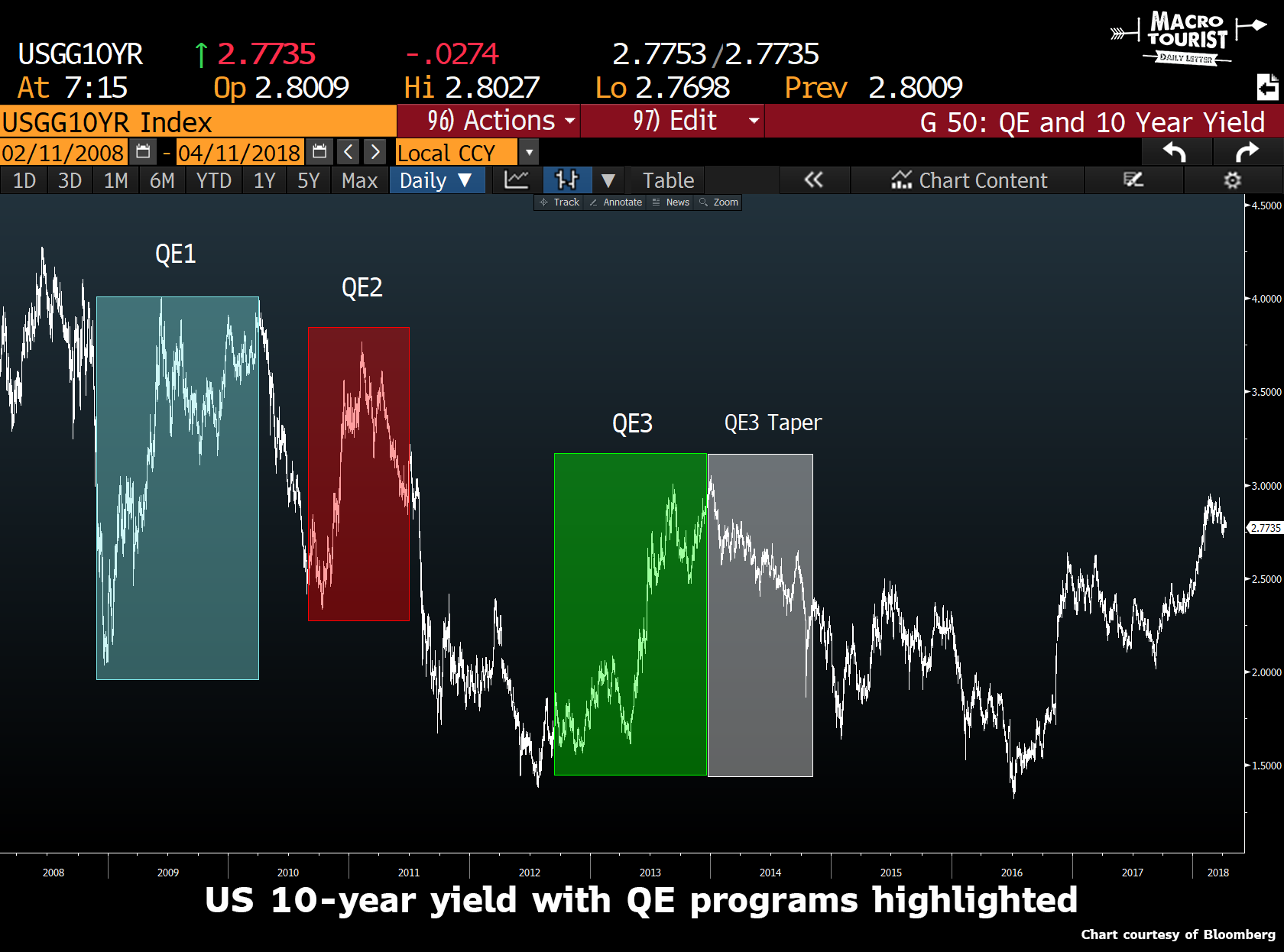 I realize that if the private sector credit creation mechanism is not functioning properly, QE purchases can overwhelm the expected supply response, but it is a mistake to assume that since the Federal Reserve is buying bonds then longer-term yields must be artificially suppressed. What happened each time the Fed stopped QE? Yields fell. The complete opposite of what Jamie would predict.